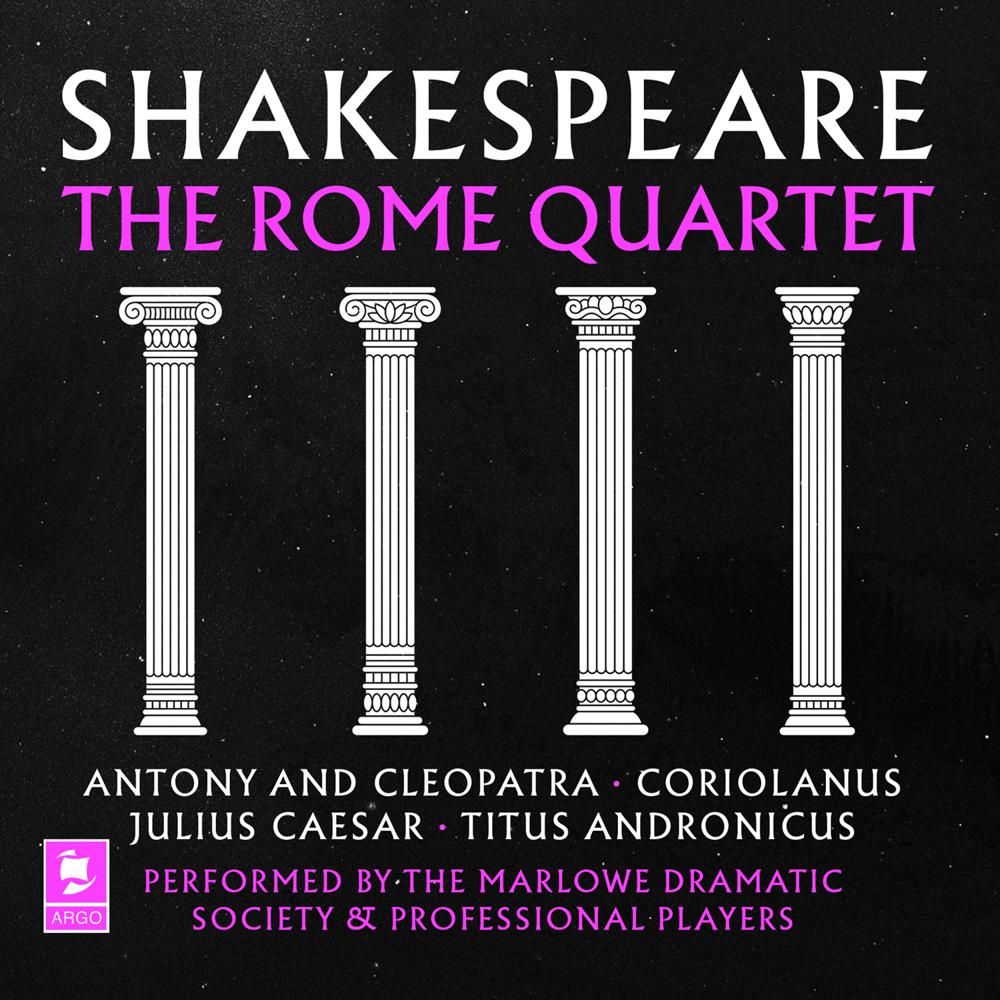 All 4 of Shakespeare’s plays that are considered to form The Rome Quartet, performed by the celebrated Marlowe Dramatic Society and Professional Players.

Power, tragedy, and hubris are played out in this quartet, all of which are set in the febrile political atmosphere of Ancient Rome. Performed by an incredible array of the 20th century’s greatest actors, Marlowe alumni including Ian McKellen, Prunella Scales, Patrick Wymark, and William Devlin can be heard in these recordings.