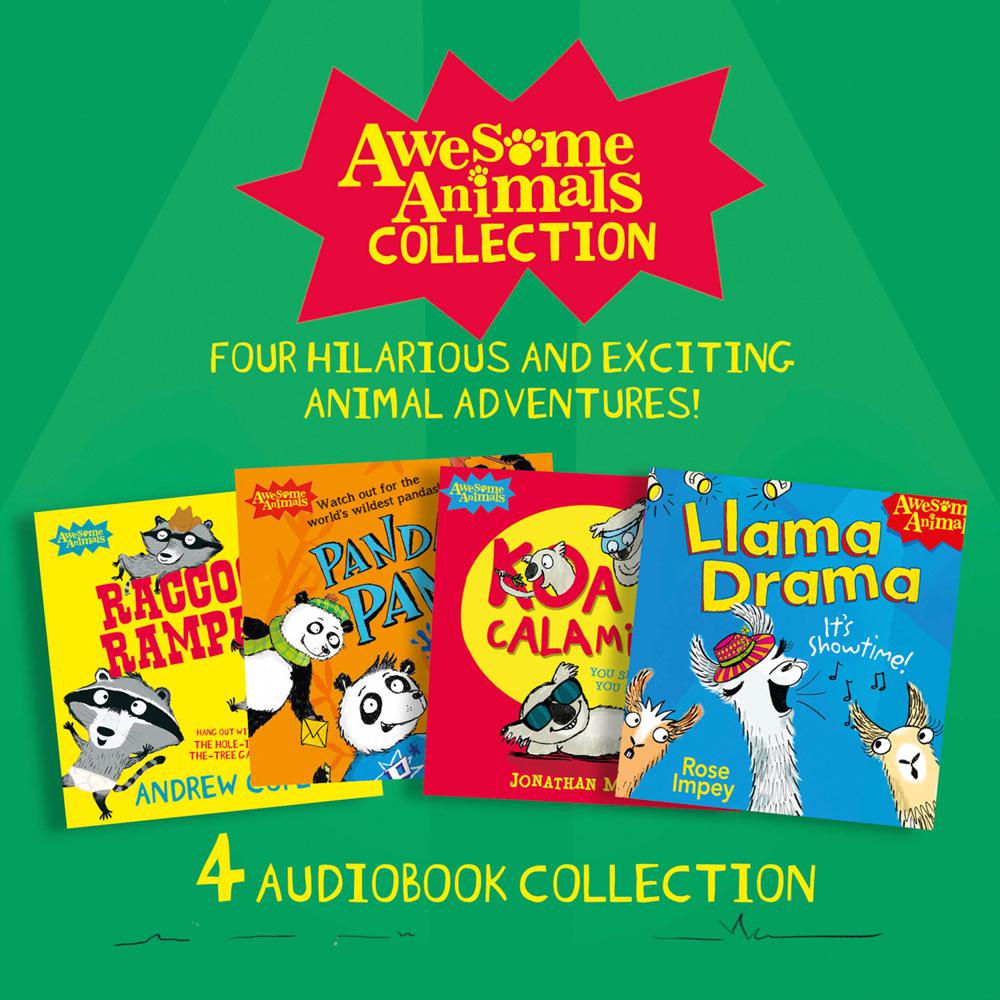 Four AWESOME ANIMALS audio adventures with the wildest wildlife around.

RACCOON RAMPAGE
The Hole-in-the-Tree gang, led by Quickpaw Cassidy and The Sunshine Cub, is the most daring group of raccoons in town. But when these cheeky chancers carry out the biggest, boldest heist of their lives, they push the neighbourhood too far. The heat is on and the gang goes on the run in this wild adventure ultimately learning that there’s no place like home.

PANDA PANIC
Ping the panda lives with his mum and twin sister An on the Wolong Nature reserve in China. Although his name means ‘peaceful’ in Chinese, Ping craves adventure and excitement but unfortunately, he is a panda…When Ping overhears one of the reserve rangers talking about plans to send a panda to London Zoo as part of an exchange programme, he knows this is his big chance! Nothing’s black and white in this laugh-out -loud Awesome Animal adventure!

LLAMA DRAMA
It’s a HUGE surprise when Farmer Palmer chooses Lewie the llama to guard his new lambs. It’s the most important job on the farm and everyone thought he’d pick the biggest strongest, loudest llama. Lewie is the best at singing and dancing but is he a match for a cunning coyote?

KOALA CALAMITY
You might think that koalas are boring, just because all they do is eat eucalyptus leaves and sleep. But you’d be wrong. They’re just LAZY. They’re chilling, basically, kicking back and catching some rays in the treetops, and staying out of trouble. At least, that’s what our cool koala buddies Dude and Bro, and little brother Squirt WERE doing, till one day they wake up to find they’ve missed their transfer from the koala sanctuary to the zoo across town. Can they make it across town in their stolen zoo buggy or will the day end in one great big koala calamity?