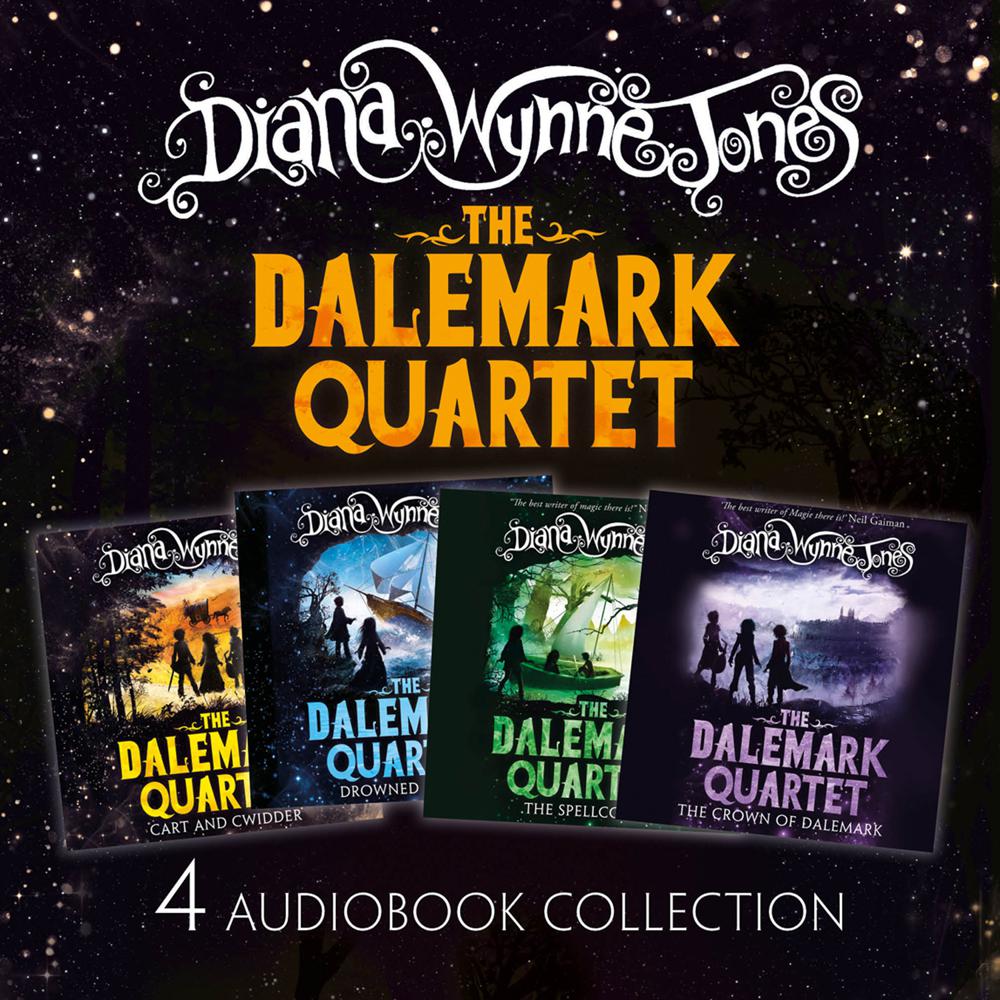 The complete epic adventure series from ‘the Godmother of Fantasy’, Diana Wynne Jones.

For centuries, Dalemark has been a land divided by the warring earldoms of the North and South. Now, with the help of the Undying, the mysterious gods of Dalemark, four extraordinary young people must join forces to reunify their beloved land.

Cart and Cwidder
When twelve-year-old Moril’s father is murdered by soldiers, Moril inherits his ancient cwidder – a musical instrument with a mysterious past. As Moril and his siblings embark on a dangerous journey to escape the evil forces around them, he gradually learns how to channel the cwidder’s strange and powerful magic. But is it enough to protect those he loves from the looming threat of war?

Drowned Ammet
After his father mysteriously goes missing Mitt joins a group of freedom fighters plotting to overthrow the tyrannical ruler of Holand. But when his assassination attempt against the earl backfires, Mitt stows away on board a ship heading out to sea. As the boat is battered by storms Mitt finds himself alone among his enemies – except for the figure of Drowned Ammet…

The Spellcoats
Tanaqui and her family have always known they were somehow different from the other villagers. But when the great floods come and they are driven from their home, they begin to realise the part they must play in the destiny of the land. As Tanaqui weaves the story of their frightening journey to the sea and the terrifying, powerful evil of the mage Kankredin, she realises the desperate need to understand the meaning of it all. Can she fit the pieces of the puzzle together in time to halt Kankredin’s destruction?

The Crown of Dalemark
Since his arrival in the North of Dalemark Mitt has become disillusioned. The North seems no more free than the Holand he fled, a fugitive accused of attempted murder. And now he is trapped by the order to kill someone he doesn’t know or else risk the lives of his friends. Forced once more to flee, Mitt is joined by Moril, the quietly powerful musician, and Maewen – out of her time, but mysteriously fated to play a part in their quest. For the evil powers of the mage Kankredin are re-assembling, and only the Adon’s gifts – the ring, sword and cup – can once more unite Dalemark.