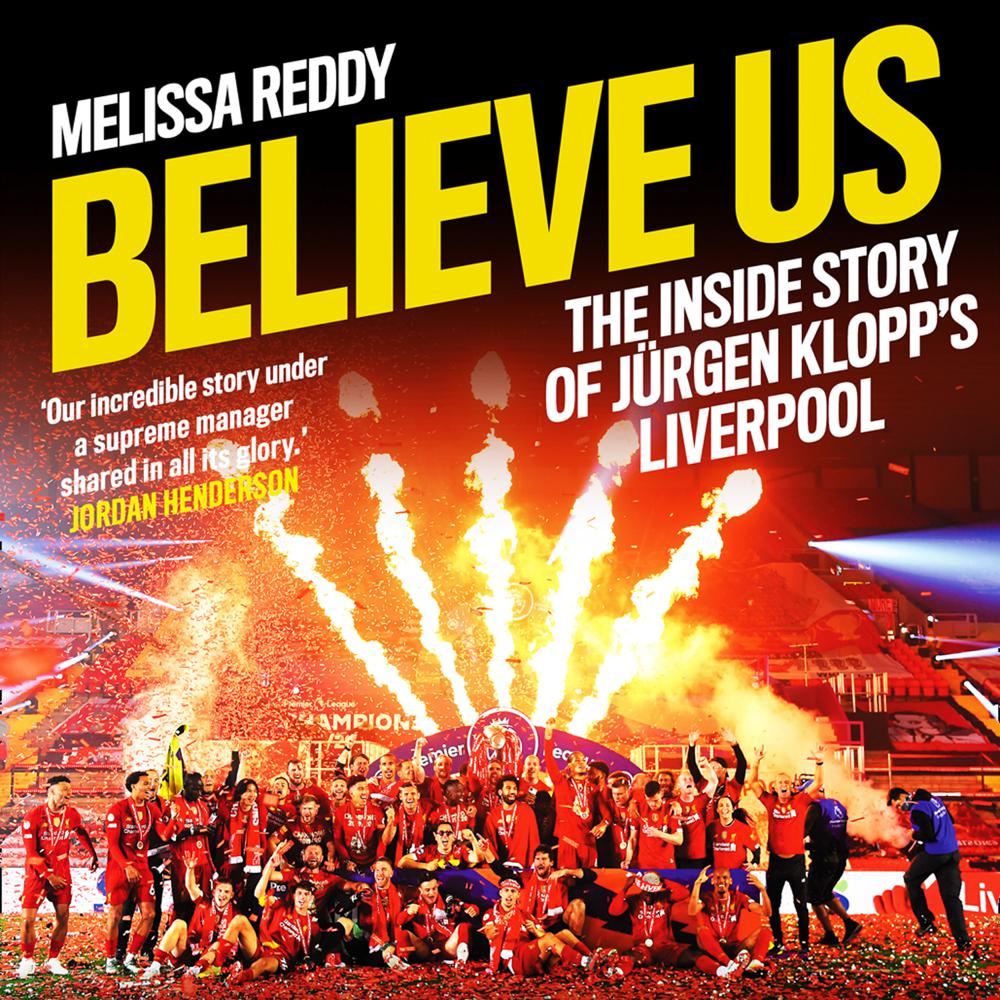 ‘Our incredible story under a supreme manager shared in all its glory.’ Jordan Henderson

Journalist Melissa Reddy reveals the inside story of Jürgen Klopp’s astonishing revival of Liverpool, culminating in the club’s first domestic league trophy in thirty years. Featuring incisive and insightful reporting, and the thoughts of players, management and club hierarchy, Believe Us paints a vivid picture of this titanic sporting success. Reddy’s unparalleled access to the club brings interviews with everyone from fans and key backroom staff to players including talismanic captain Jordan Henderson, and of course Klopp himself.

The perfect gift for any fan of the club or its inimitable leader, this is heavy metal football writing at its best.

‘Our incredible story under a supreme manager shared in all its glory.’ Jordan Henderson

‘The tale of a watershed season wonderfully told by a great writer I have huge respect for.’
Ian Wright

‘I’ve been reading, keeping busy in the bubble. Believe Us, which is the story of Liverpool.’ Eddie Jones, England Rugby coach