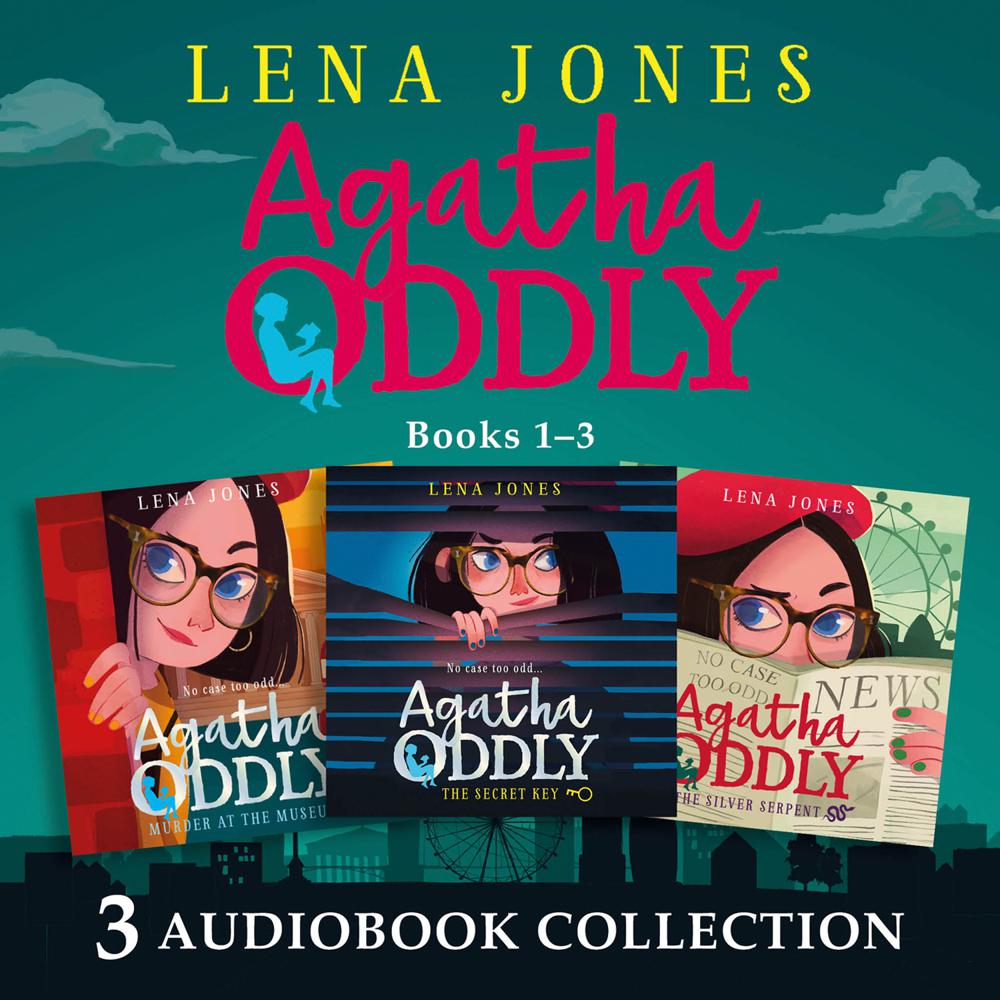 THE SECRET KEY
Agatha Oddlow has been a detective for as long as she can remember – she’s just been waiting for her first big case. And nothing gets bigger than saving the City of London from some strange goings-on.

With a scholarship to the prestigious St Regis School, a cottage in the middle of Hyde Park, a room full of beloved sleuthing novels, and a secret key that gives her access to a whole hidden side of London, Agatha is perfectly poised to solve the mystery of what’s going on. But just who can she trust when no one is quite who they seem…

MURDER AT THE MUSEUM
Agatha is set to become the youngest member of the Gatekeepers’ Guild, but before that, she’s got a mystery to solve! There’s been a murder at the British Museum and, Agatha suspects that the police are missing a wider plot going on below London – a plot involving a disused tube station, a huge fireworks display, and 5,000 tonnes of gold bullion…

THE SILVER SERPENT
Agatha Oddlow is on the case with yet another adventure! An assistant at the National Gallery has gone missing, but when Agatha begins investigating, she uncovers a plot bigger than she could ever have imagined. Join Agatha as she travels throughout London and into the very heart of the mystery…