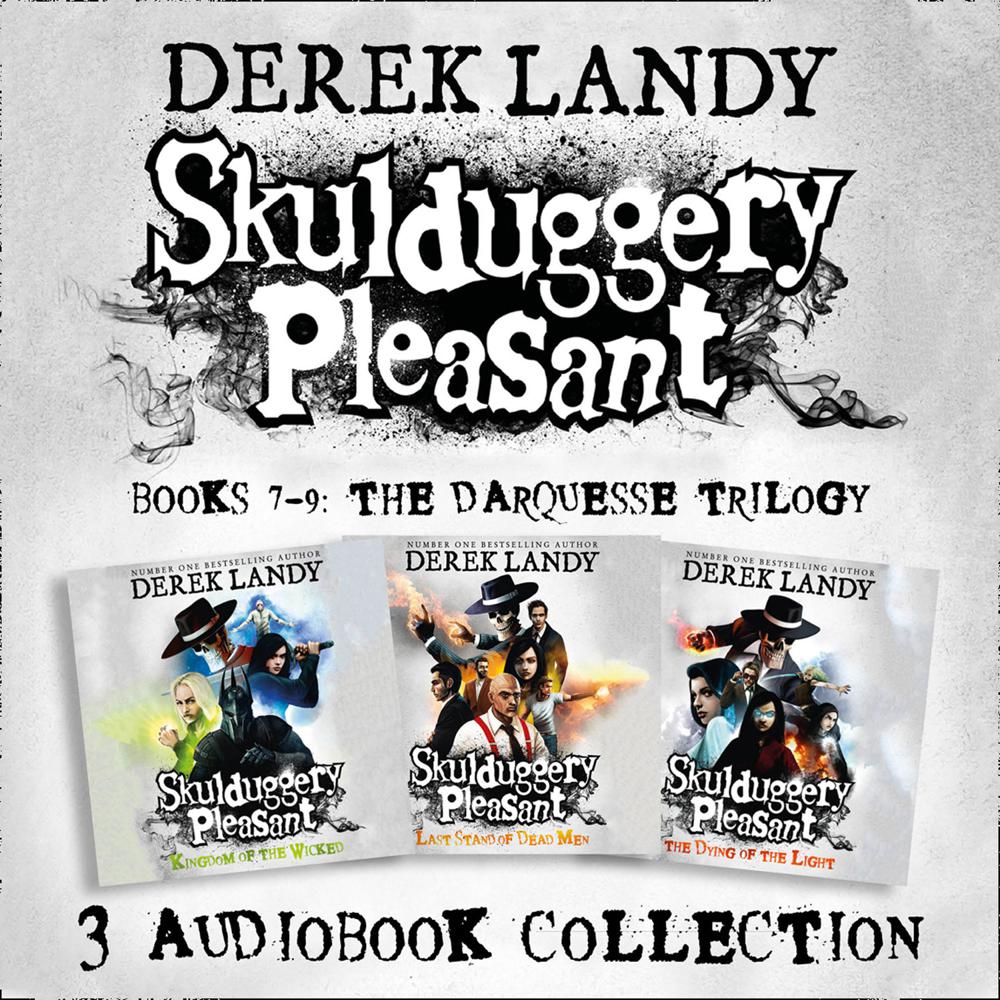 Books 7, 8 and 9 in the SKULDUGGERY PLEASANT series – known collectively as THE DARQUESSE TRILOGY, Derek Landy's fantastically imaginative series about our favourite dead detective.

KINGDOM OF THE WICKED
Across the land, normal people are suddenly developing wild and unstable powers. Terrified and confused, their only hope lies with the Sanctuary. Skulduggery Pleasant and Valkyrie Cain are needed now more than ever.

LAST STAND OF DEAD MEN
War has finally come, but it's not a war between good and evil, or light and dark – it's a war between Sanctuaries. Allies turn to enemies, friends turn to foes, and Skulduggery and Valkyrie must team up with the rest of the Dead Men.

THE DYING OF THE LIGHT
The War of the Sanctuaries is over, but not without its casualties. Following the loss of Valkyrie Cain, Skulduggery Pleasant must use any and all means to track down and stop Darquesse before she turns the world into a charred, lifeless cinder.