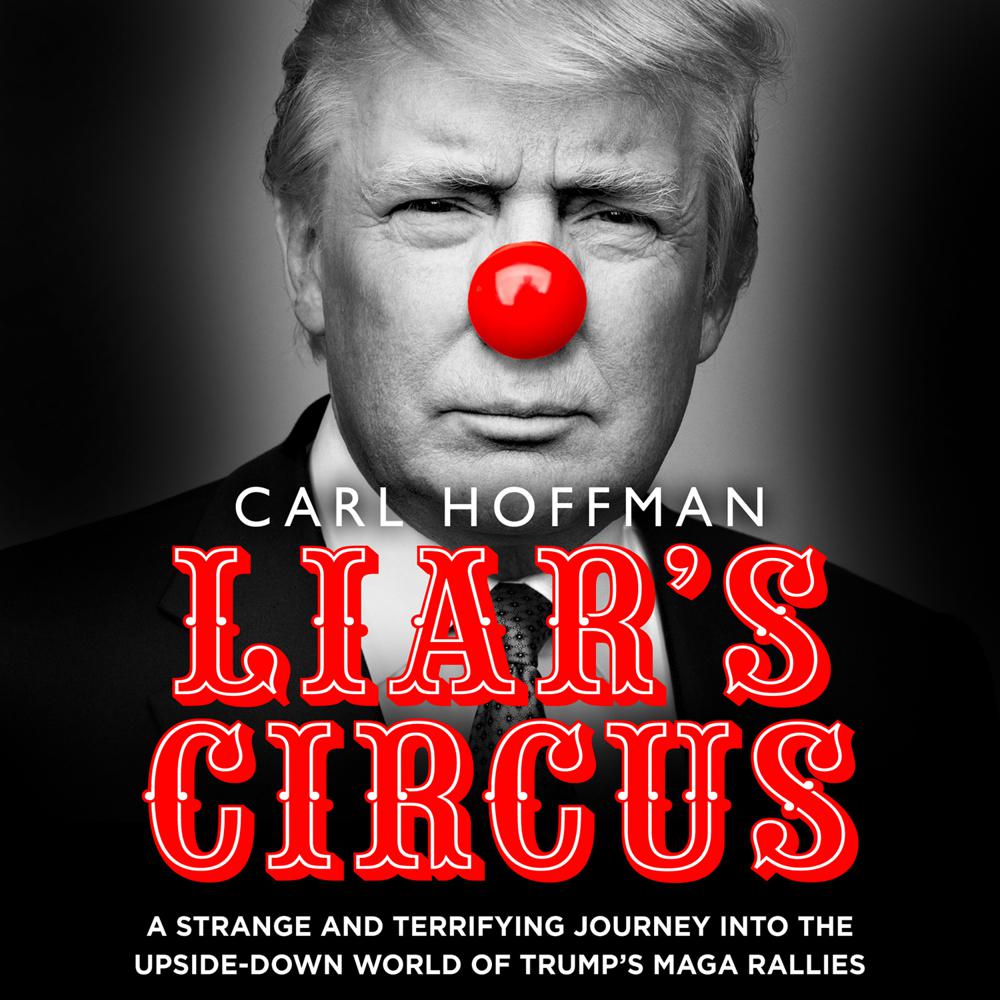 In this work of daring and immersive contemporary anthropology, Carl Hoffman, who has written about the most dangerous and remote corners of the world, journeys deep inside Donald Trump’s rallies seeking to understand the strange and powerful tribe that forms the president’s base.

This book proceeds from the premise that Donald J. Trump's rallies are a singular and defining force—a kind of Rosetta stone to understanding the Age of Trump. Yet while much remarked upon, the rallies are, in fact, little examined, with the focus almost always on Trump’s latest outrageous statement. But who are the tens of thousands of people who fill America’s stadiums and arenas? What do they see in Trump? And what curious alchemy—between president and adoring crowd—happens there that might explain Trump’s rise?

To those on the Left, the rallies are a Black Mass of American politics at which Trump plays high priest, recklessly summoning the darkest forces within the nation. To the MAGA faithful, the rallies are a form of pilgrimage, a joyous ceremony that like all rituals binds people together and makes them feel a part of something bigger than themselves. Both sides would acknowledge that this travelling roadshow (the Wall Street Journal reports there have been more than 550 ticketed campaign events since 2015) is the pressurised, combustible core of Trump’s political power, a meeting of the faithful where Trump is unshackled and his rhetoric reaches its most extreme, with downstream consequences for the rest of the nation.

To date, no reporter has sought to understand the rallies as a sociological phenomenon examined from the bottom up. In 2019, Carl Hoffman began to do just this and embedded himself in the Trump rallies. He has stood in line for days with crowds of supporters; he has traveled across the country from Minnesota to Texas to Mississippi interviewing hundreds of attendees and immersing himself in their culture. A former contributing editor to National Geographic Traveler, Hoffman has travelled to 80 countries on assignment; he has written about cannibals in New Guinea, Mumbai’s railways (the deadliest in the world), and the indigenous tribes of Borneo. Now he trains his unique eye on his own country.

‘Joining the infatuated at campaign rallies from Minnesota to Texas, Hoffman brilliantly evokes both the hypnotic cadences of a demagogue and the misguided faith of his followers. He plunges with them down a rabbit hole of conspiracy theories, grievances, and alienation—without ever losing sight of their humanity. It is trenchant, surprising, and profound.’
Joshua Hammer, bestselling author of The Falcon Thief and The Badass Librarians of Timbuktu

‘Liar's Circus is a brilliant, riveting, funny, terrifying journey into the beating heart of Trumpland. Carl Hoffman has built an extraordinary career based on his willingness to literally go there. With the same zest, curiosity and deep humanity that has drawn him to immerse in cultures all over the world, he waits in line, finds a seat, and transports the reader to the front row of a succession of signature Trump rallies. Along the way he connects (and camps out) with a cast of fanatic rallygoers who are by turns surreal, odd, lonely, friendly, scary, sympathetic, awful– and important. The travelling Trumpshow matters; it's affecting all of us; and there is no better guide. The book reads like a dream. You will consume it whole at a single sitting.’
Liza Mundy, author of Code Girls

‘Liars Circus is a wildly entertaining road trip into the belly of the beast that is Trump rallies. A reader comes away knowing more about the Trump supporters who equate belief in Trump with belief in America. Hoffman never condescends or dismisses and brings these Americans to life with fascinating subtleties and contradictions. Many of us have wondered “who are these people” and Hoffman answers that question with great grace and understanding. It’s a hell of a trip you’ll be glad you took.’
Stuart Stevens, legendary GOP strategist and author of It Was All A Lie