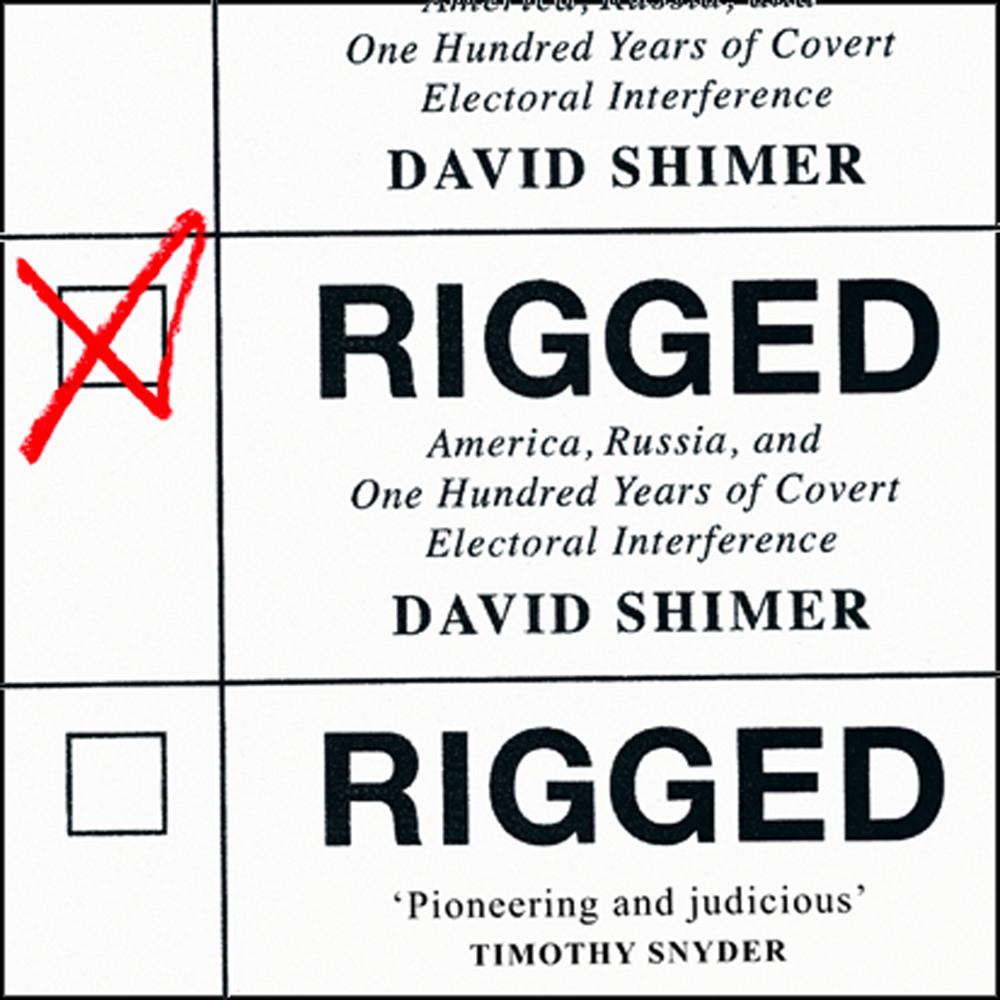 ‘This pioneering and judicious history of foreign intervention in elections should be read by everyone who wants to defend democracy now.’ Timothy Snyder, author of On Tyranny

The definitive account of covert operations to influence elections from the Cold War to 2016 – and why the threat is greater than ever in 2020.

Russia's interference in 2016 marked only the latest chapter of a hidden and revelatory history. In Rigged, David Shimer tells the sweeping story of covert electoral interference past and present. He exposes decades of secret operations – by the CIA, the KGB, and Vladimir Putin's Russia – to shape electoral outcomes, melding deep historical research with groundbreaking interviews with more than 130 key players, from former CIA directors to a KGB general.

What Americans should make of Russia's attack in 2016 is still hotly debated, even after the release of the Mueller Report and years of media coverage. Shimer shows that Putin's operation was, in fact, a continuation of an ongoing struggle, using familiar weapons radically enhanced by new technology. Casting aside partisanship and sensationalism, Rigged reveals new details about what Russia achieved in 2016, how the United States responded, and why Putin has also been interfering in elections across the globe in recent years.

Understanding 2016 as one battle in a much longer war is essential to understanding the critical threat currently posed to America's electoral sovereignty and how to defend against it. Illuminating how the lessons of the past can be used to protect our democracy in the future, Rigged is an essential book for readers of every political persuasion.

‘This pioneering and judicious history of foreign intervention in elections should be read by everyone who wants to defend democracy now.’
Timothy Snyder, author of On Tyranny

‘As a CIA operations officer, I served through the most complicated periods of the Cold War. David Shimer's book Rigged gives a riveting account of that traumatic period. Shimer knows why and how we engaged in covert action, and what we were up against. He also knows the policies we must modify, if we are to succeed in the 2020s. This is a truly significant book; by all means, read it.’
Ambassador Donald Gregg, Former CIA Station Chief and National Security Advisor to VP George H.W. Bush

‘With clear prose and rigorous argument, David Shimer helps us understand the historical backdrop of Russia’s ongoing electoral interference. It is a sobering story – and a timely reminder of the importance of addressing the vulnerabilities and dysfunctions on which resourceful adversaries like Putin will continue to prey.’
Ambassador William J. Burns, President, Carnegie Endowment for International Peace and former U.S. Deputy Secretary of State

‘This is a brilliant, eye-opening, and riveting book. Shimer’s analysis of foreign interference in elections, historical and contemporary, is unmatched. It should be the baseline for any future discussions about this urgent threat to our democracy.’
Jake Sullivan, Former Director of Policy Planning, State Department

'Election interference' by one country into another is a subject that inspires speculation and conspiracy theory. David Shimer's Rigged establishes the facts: when and why Russians and Americans have meddled in the politics of other countries – and of one another. Based on a wide range of sources, this book is an excellent resource for people who want to know what actually happened, and not just what was rumoured.
Anne Applebaum, Pulitzer Prize-winning author of Gulag: A History