What Can I Do?
Jane Fonda, Read by Jane Fonda 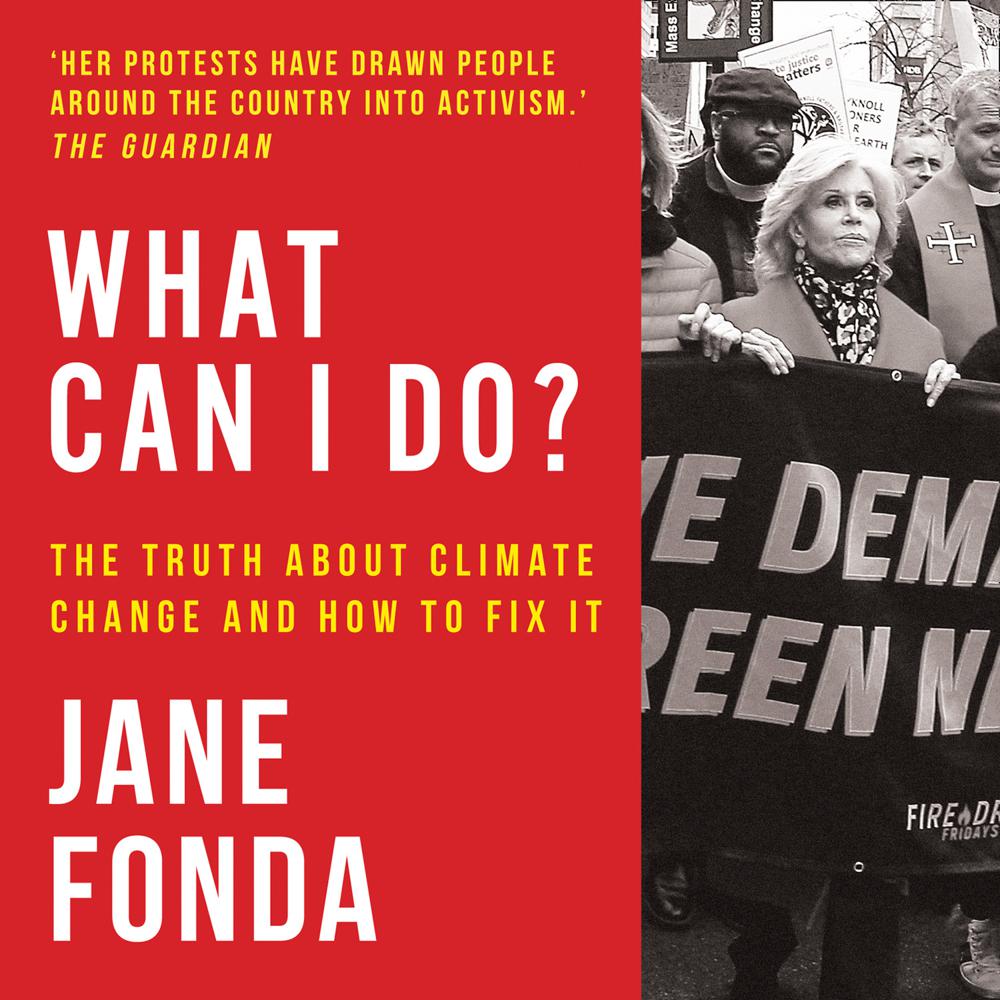 A call to action from Jane Fonda, one of the most inspiring activists of our time, urging us to wake up to the looming disaster of climate change and equipping us with the tools we need to join her in protest

This is the last possible moment in history when changing course can mean saving lives and species on an unimaginable scale. It's too late for moderation.

Our climate is in a crisis. 2019 saw atmospheric concentrations of greenhouse gases hit the highest level ever recorded in human history, and our window of opportunity to avoid disaster is quickly closing.

In the autumn of 2019, frustrated with the inaction of politicians, Jane Fonda moved to Washington, D.C. to lead weekly climate change demonstrations – dubbed Fire Drill Fridays – on Capitol Hill. There, she led thousands of people in non-violent civil disobedience, risking arrest to protest for action.

In What Can I Do?, Fonda’s deeply personal journey as an activist is weaved alongside interviews with leading climate scientists, and discussions of issues, such as water, migration, and human rights, to emphasise what is at stake. Throughout, Fonda provides concrete solutions and actions that everybody can take in order to combat the climate crisis in their community.

As Annie Leonard, Executive Director of Greenpeace US and Fonda's partner in developing FDF, has declared, "Change is inevitable; by design, or by disaster." The problems we face now require every one of us to join the fight. The fight not only for our immediate future, but for the future of generations to come.

100% of the author's net proceeds from What Can I Do? will go to Greenpeace

‘In this straightforward, multi-seamed call-to-action, Jane uses her voice and profile to detail the damage fossil fuels are causing and how changes to the climate affect people’s daily lives’ Waitrose Weekend