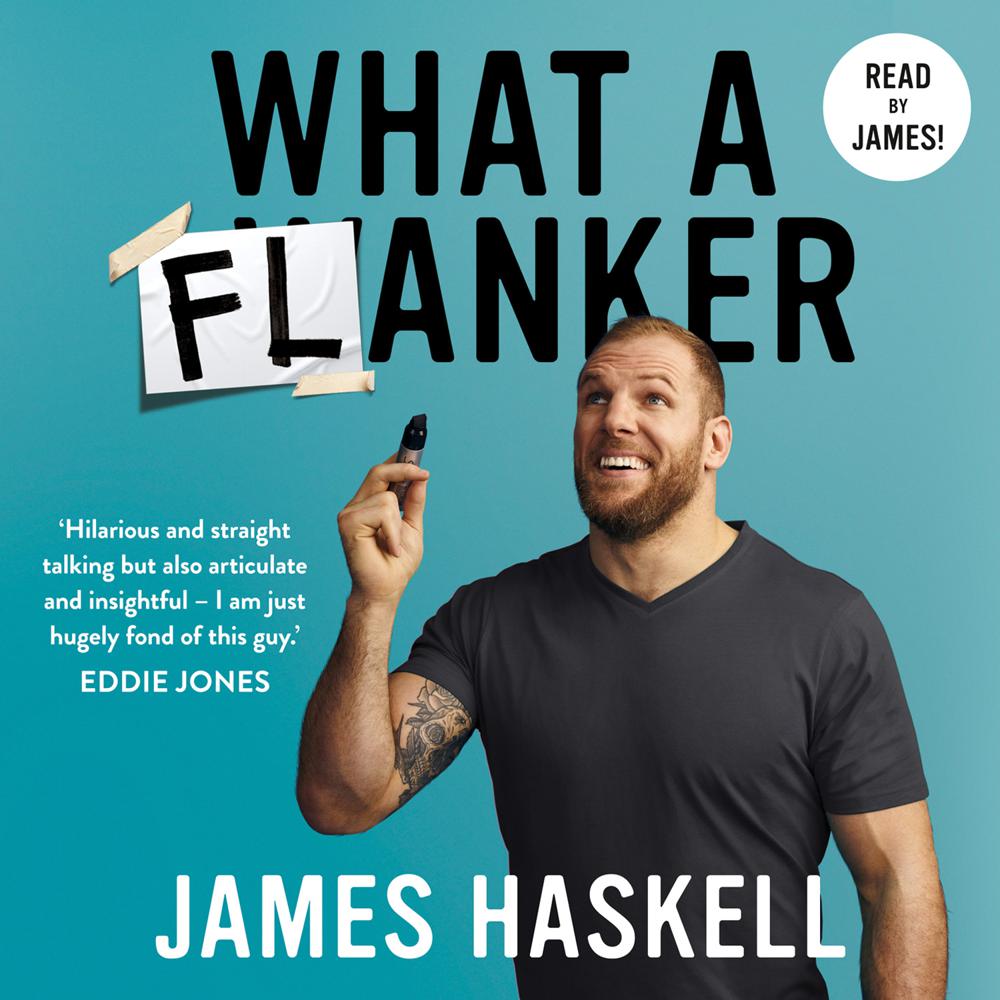 ‘Hilarious, and straight talking but also articulate and insightful – I am just hugely fond of this guy’
–Eddie Jones

‘James Haskell: what a flanker, what a book’
–Rugby World

‘I’d like to be remembered as a player who showed that you can be incredibly professional but also a lot of fun – a bit of a joker in the changing room, but the ultimate competitor on the pitch. That should have been the subtitle of this book, really…’

One of rugby’s most ferocious flankers and biggest characters, James Haskell has had an extraordinary, global experience of the game, having played for the Wasps, Northampton and England, and in New Zealand, France and Japan. After seventeen years and with 77 international caps under his sizeable belt, he has a shitload to say about rugby life – from pitch to pub and everywhere in between.

In What A Flanker, Haskell sheds fresh light on the dynamics and the day-to-day of the game. Whether he’s recalling the most brutal team socials; dispelling the myths surrounding New Zealand’s dominance; introducing his Japanese teammates to manscaping or calling out play-acting in the modern game, no subject is off limits.

Side-splittingly funny and ruthlessly honest, What A Flanker delves into the touring, drinking, training, eating and sometimes unconscionable antics of the professional rugby player. It’s an unforgettable read, even if there are some stories you’d rather forget…