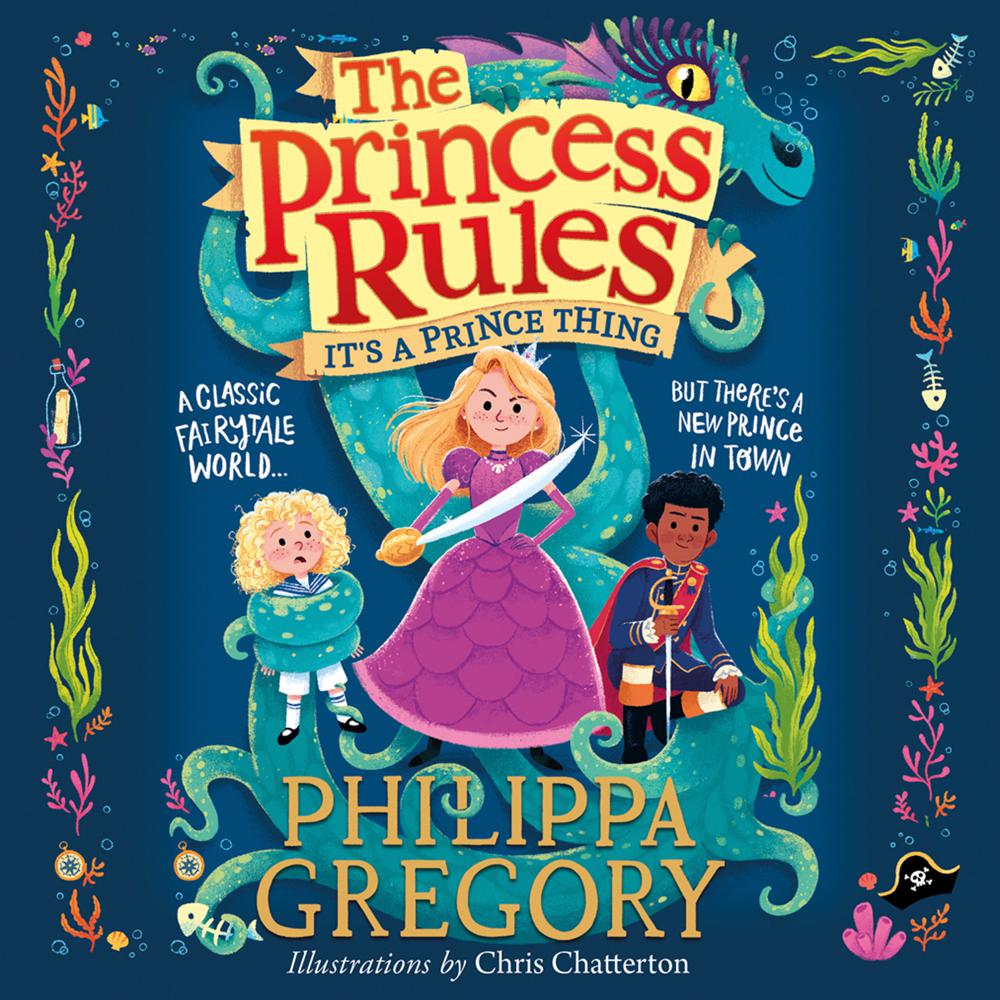 The sequel to THE PRINCESS RULES sees rebel princess, Princess Florizella, going on even more adventures, but this time, she also has a little brother in tow…

Once upon a time, there was a princess who broke all the rules, and dared to be different…

So when that same princess – Florizella – finds a baby boy delivered by stork to her parents’ palace, she is shocked to discover that he will one day be king and inherit her kingdom! For every prince is given a permit which allow them to do whatever they like in the same way that every princess is given a set of rules that they have to live by.

As soon as Princess Florizella’s brother is big enough to have adventures, she takes him all over the land, fighting pirates, wrestling with a sea serpent and rehoming a woolly mammoth.

Can Florizella prove that girls having rules and boys having permits isn’t right? And that princes and princesses, and girls and boys, should be anything that they want to be…

Praise for The Princess Rules:

“These are enchanting, simply written stories that have lost none of their pertinence – and this timely new edition deserves to win Florizella another generation of admirers.” 5 star review in the Saturday Telegraph