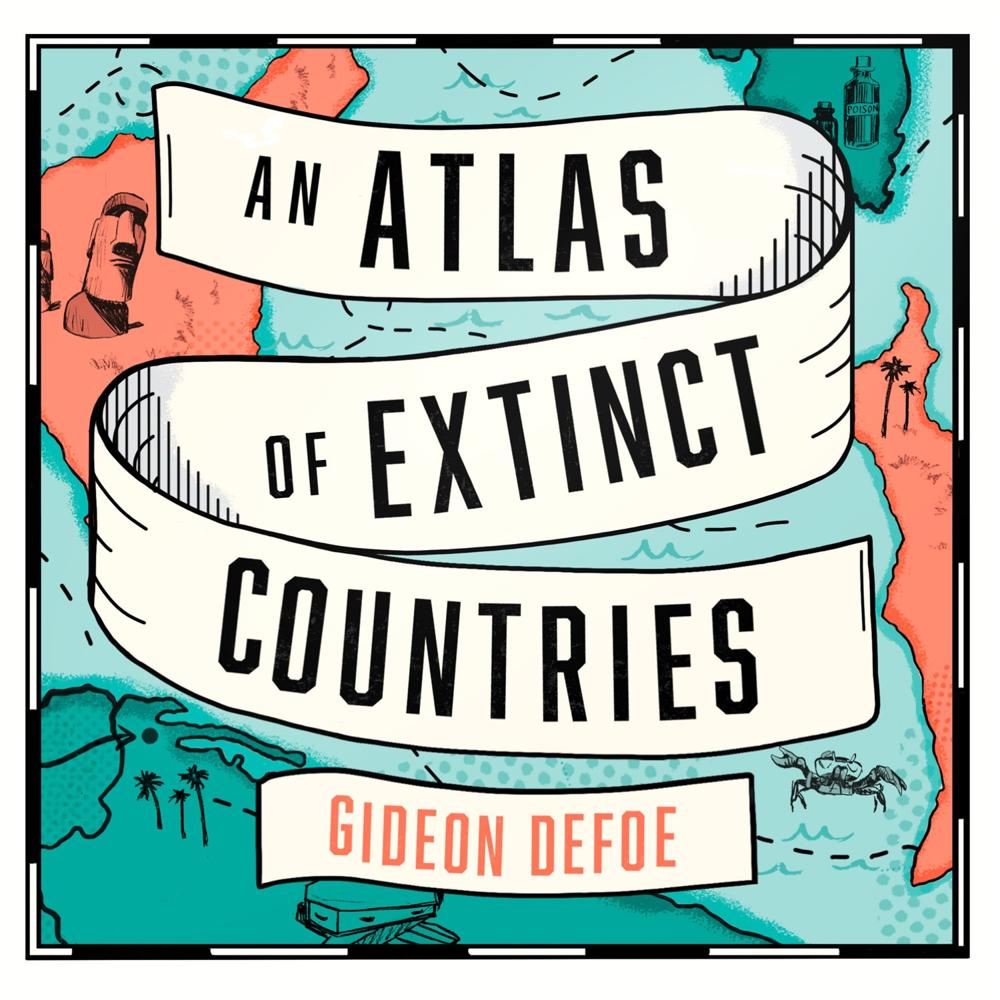 Prisoners of Geography meets Bill Bryson: a funny, fascinating, beautifully illustrated – and timely – history of countries that, for myriad and often ludicrous reasons, no longer exist.

‘Countries are just daft stories we tell each other. They’re all equally implausible once you get up close’

Countries die. Sometimes it’s murder, sometimes it’s by accident, and sometimes it’s because they were so ludicrous they didn’t deserve to exist in the first place. Occasionally they explode violently. A few slip away almost unnoticed. Often the cause of death is either ‘got too greedy’ or ‘Napoleon turned up’. Now and then they just hold a referendum and vote themselves out of existence.

This is an atlas of nations that fell off the map. The polite way of writing an obituary is: dwell on the good bits, gloss over the embarrassing stuff. This book fails to do that. And that is mainly because most of these dead nations (and a lot of the ones that are still alive) are so weird or borderline nonsensical that it’s impossible to skip the embarrassing stuff.

The life stories of the sadly deceased involve a catalogue of chancers, racists, racist chancers, conmen, madmen, people trying to get out of paying tax, mistakes, lies, stupid schemes and General Idiocy. Because of this – and because treating nation states with too much respect is the entire problem with pretty much everything – these accounts are not fussed about adding to all the earnest flag saluting in the world, however nice some of the flags are.

‘This entertaining atlas of nations that fell off the map is a joyously compiled catalogue of chancers, conmen, madmen, mistakes, lies and far fetches schemes that laid waste the genuine hopes of a nation or exploded the overreaching ambitions of bombastic megalomaniac … a riot of revisionist history and political ambition’ Traveller Magazine