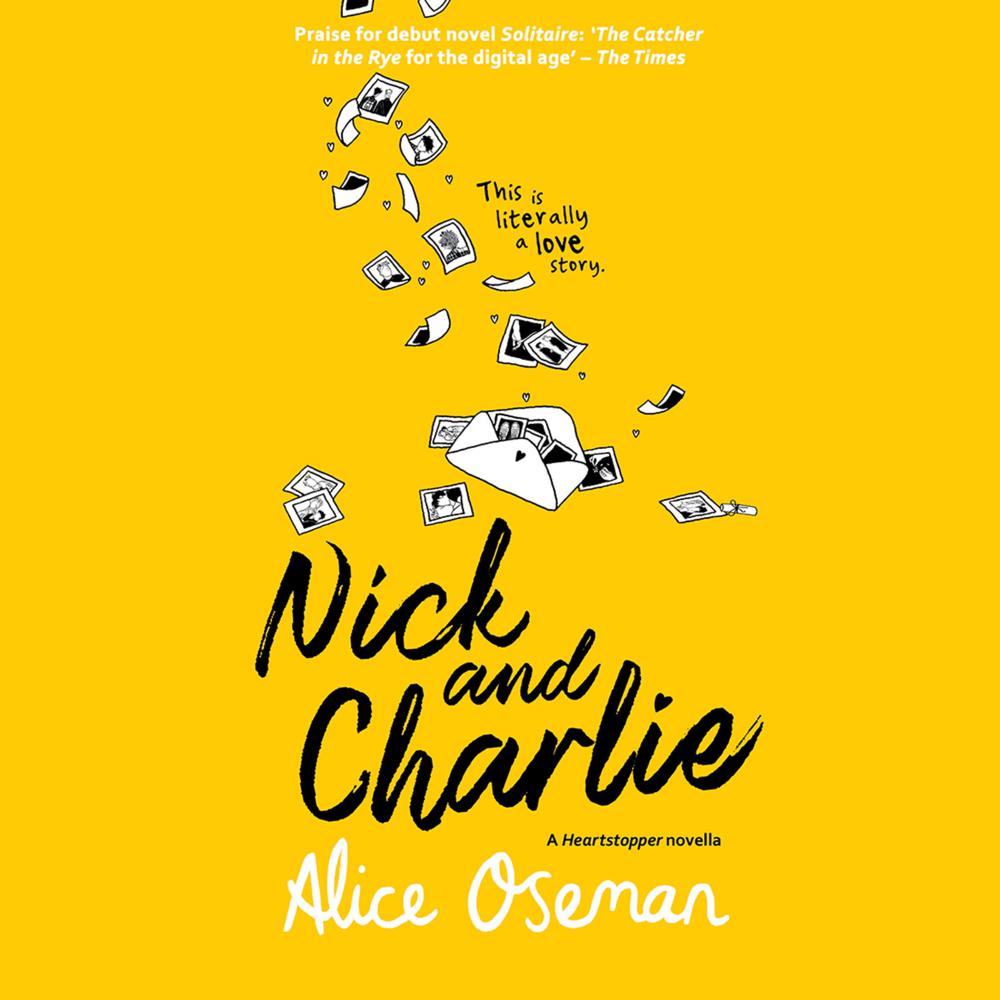 A short novella based on the beloved characters from the graphic novel Heartstopper – soon to be a major Netflix series – and Alice Oseman’s debut novel Solitaire, which was praised as ‘The Catcher in the Rye for the digital age’ by The Times.

CHARLIE: “I have been going out with Nick Nelson for two years. He likes rugby, Formula 1, dogs, the Marvel universe, the sound felt-tips make on paper, rain and drawing on shoes. He also likes me.”

NICK: “Things me and Charlie Spring do together include: Watch films. Sit in the same room on different laptops. Text each other from different rooms. Make out. Make food. Make drinks. Get drunk. Talk. Argue. Laugh. Maybe we're kind of boring. But that’s fine with us.”

Everyone knows that Nick and Charlie are the perfect couple – that they’re inseparable. But now Nick is leaving for university, and Charlie will be left behind at Sixth Form. Everyone’s asking if they’re staying together, which is a stupid question – they’re ‘Nick and Charlie’ for God’s sake!

But as the time to say goodbye gets inevitably closer, both Nick and Charlie question whether their love is strong enough to survive being apart. Or are they delaying the inevitable? Because everyone knows that first loves rarely last forever…

“The Catcher in the Rye for the digital age” The Times

“The most honest and authentic account of modern teenage life that you’ll read this year… outstanding contemporary fiction with appeal to fans of John Green.” The Bookseller

‘Solitaire is an extraordinary novel … [Oseman] has captured her characters’ rage, humour and insecurity with aplomb.’ The Financial Times

“Full of wit, cynicism, sarcasm and humour. This book is relatable yet original at the same time.” Goodreads review