Then the Fish Swallowed Him
Amir Ahmadi Arian, Read by Fajer Al-Kaisi 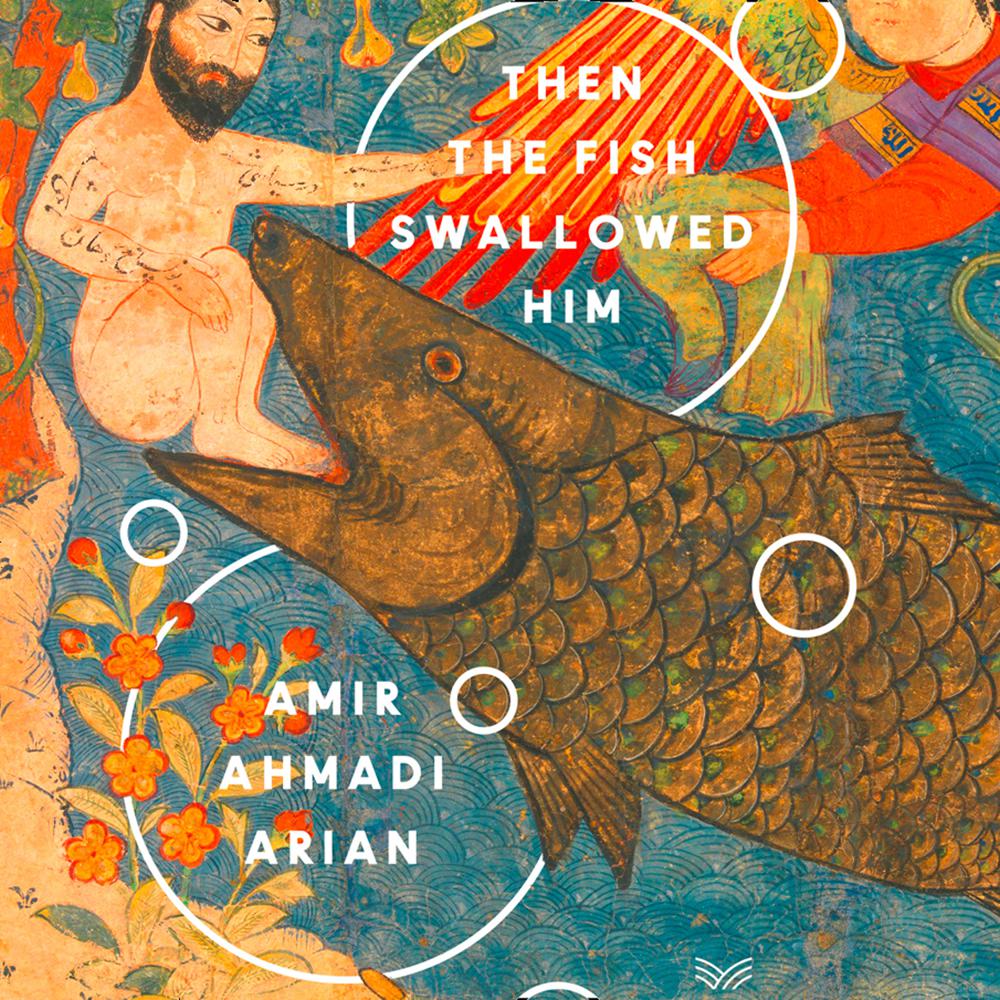 A powerful and harrowing psychological portrayal of an individual struggle against the state written in the tradition of The Stranger and 1984, Then the Fish Swallowed Him is an urgent expose of how power can bend reality and the people forced to live within its parameters.

Yunus Turabi, a bus driver in Tehran, leads an unremarkable life. A solitary man since the unexpected deaths of his father and mother years ago, he is decidedly apolitical—even during the driver’s strike and its bloody end. But everyone has their breaking point, and Yunus has reached his.

Handcuffed and blindfolded, he is taken to the infamous Evin prison for political dissidents. Inside this stark, strangely ordered world, his fate becomes entwined with Hajj Saeed, his personal interrogator. The two develop a disturbing yet interdependent relationship, with each playing his assigned role in a high stakes psychological game of cat and mouse, where Yunus endures a mind-bending cycle of solitary confinement and interrogation. In their startlingly intimate exchanges, Yunus’s life begins to unfold—from his childhood memories growing up in a freer Iran to his heartbreaking betrayal of his only friend. As Yunus struggles to hold on to his sanity and evade Saeed’s increasingly undeniable accusations, he must eventually make an impossible choice: continue fighting or submit to the system of lies upholding Iran’s power.

Gripping, startling, and masterfully told, Then the Fish Swallowed Him is a haunting story of life under despotism.

‘ Then the Fish Swallowed Him is a sharply observed, painfully intimate and illuminating vision of Iran that will be invaluable to American readers for its richness of detail, its tonal subtlety, and its sympathy for its working-class protagonist.  If you read just one novel this year set in a vividly evoked Tehran, this is it: a chronicle of a life seemingly foretold that is in fact surprising and unpredictable to the very last page’ Joyce Carol Oates

‘Then the Fish Swallowed Him had me gripped from the start, I couldn’t turn away. A story about power and the way it can hold us in its cruel grasp. This is a novel of our times. Revealing, dark and illuminating, beautiful and tense’ Christy Lefteri, author of The Beekeeper of Aleppo

‘A strange and startling vision written with the ferocity of an endangered artist and the lyric eloquence of a master. The world conjured up in these pages will haunt the reader with a real, palpable but entertaining dread much like the Iranian classic, The Blind Owl. It is a debut of genuine brilliance and wit.’ Chigozie Obioma, Man Booker Shortlisted author of The Fisherman and An Orchestra of Minorities

‘A gripping, intelligent novel, opening vistas of the imagination with economy and insight. Harrowing and clear as a bell’ Isabella Hammad, author of The Parisian