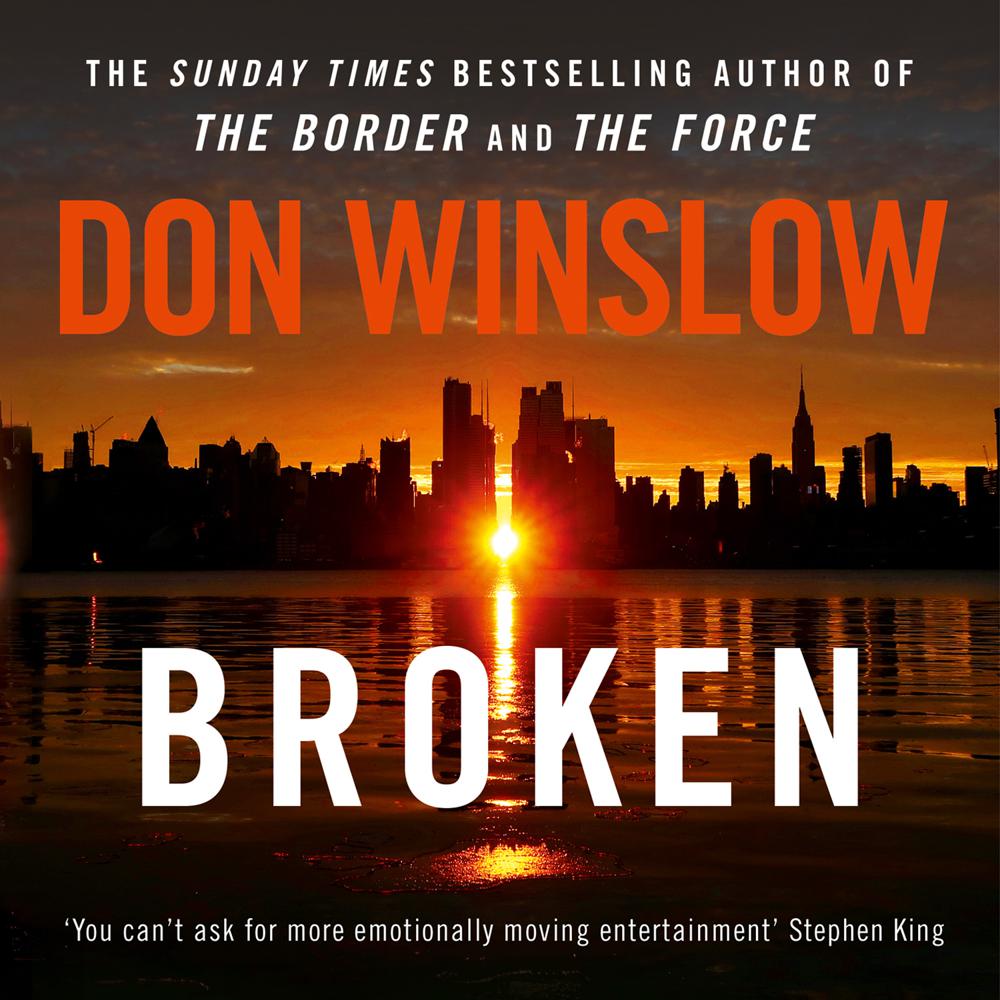 No matter how you come into this world, you come out broken…

In six intense, haunting short novels, Don Winslow returns to the themes that are the hallmarks of his acclaimed body of work – crime, corruption, vengeance, justice, loss, betrayal, guilt, and redemption – to explore the savagery and nobility that drive and define the human condition.

In Broken, Winslow creates a world of high-level thieves and low-life crooks, obsessed cops and jaded private detectives, dope dealers and government agents, bounty hunters and fugitives. Diverse and richly drawn, these characters – some familiar, others new – are lost souls driving without headlights on the dark highway of modern America. Set in New Orleans and Hawaii, Southern California and south Texas, each story in this collection is distinctively Winslow, shaped by his trademark blend of insight, humanity, humor, drama, and consummate literary craftsmanship.

A powerful, gripping collection of tales that will become classics of crime fiction, Broken is Don Winslow at his nerve-shattering, heartbreaking best.

“A master of thrills shows his range, and his bite . . . [Winslow is] a writer from whom others can learn the ropes.” New York Times

‘He is a pleasure to read’ The Times

This is an outstanding sextet in which — praise be! — ‘love and loyalty trump the law’. It is fast, furious and very funny.” The Times

“Exhibiting a remarkable range… [Winslow is] just as good at sprints as long distances, and can charm as well as chill” Sunday Times

“A master of thrills shows his range, and his bite . . . [Winslow is] a writer from whom others can learn the ropes.” New York Times

‘Hugely enjoyable… satisfyingly complex. Acute in its observations, the collection demands to be savoured slowly: each of the six has a short word count, but a long reach. Just read.’ i paper

‘Chilling and compelling… told with great style, this is one of my favourite books of the year.’ Daily Mail

“Don Winslow, whose work includes a dozen of the finest crime novels written in the last 20 years, displays all of his strengths, including propulsive narration, compelling characters and a tight, staccato writing style” Associated Press

‘Broken is a masterful collection from a writer at the peak of his powers.’ Daily Express

“Winslow returns with a delicious serving of small plates. . . . A greatest-hits album but with all-new melodies: what could be sweeter?!” Kirkus

‘In a golden era for crime fiction, Winslow has his own special lustre – the kind of author who gives books a good name.’ Big Issue