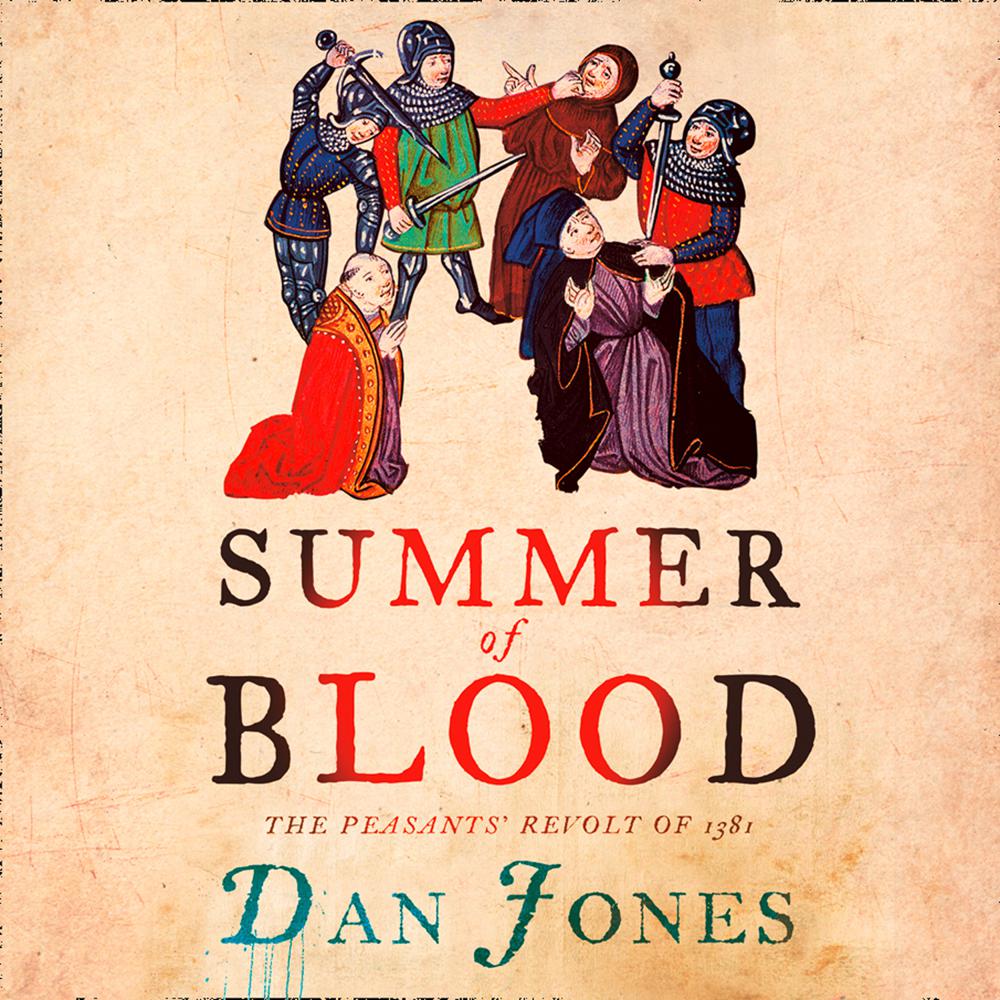 Revolt and upheaval in medieval Britain by a brilliant new narrative historian, ‘Summer of Blood’ breaks new ground in its portrayal of the personalities and politics of the bloody days of June 1381.

The Peasants’ Revolt of 1381 is one of the most dramatic and bloody events in English history. Starting with village riots in the Essex countryside, chaos rapidly spread across much of the south-east of England, as tens of thousands of ordinary men and women marched in fury to London, torching houses, slaughtering their social superiors and terrifying the life out of those who got in their way. The burning down of Savoy Palace, home to the most powerful magnate in the realm, marked one of the Revolt’s most violent episodes.

The Peasants’ Revolt has remained an underexplored period of history. In revisiting the bloody events of 1381, Dan Jones has brought back to glorious life the squalor, drama and complex hierarchies of a society that until now seemed almost too distant to imagine. His examination of village life and the failings of government from the perspective of the Revolt’s key players is both intellectually stimulating and compulsively readable.

Vivid, atmospheric and beautifully written, this is historical writing of the highest quality.

‘Jones has certainly livened up the Middle Ages…Combining scholarly zest with novelistic flair he serves his account hot, brave and reeking with gore for a wide readership.’ The Times

‘Dan Jones relates his tale with relish and zest…If anyone is looking for a racy account of England's “summer of blood” this is it.’ TLS

‘Jones's book is welcome…At his best…his prose rises to the occasion provided by the dramatic showdown between Richard and the rebels at Smithfield.’ Spectator