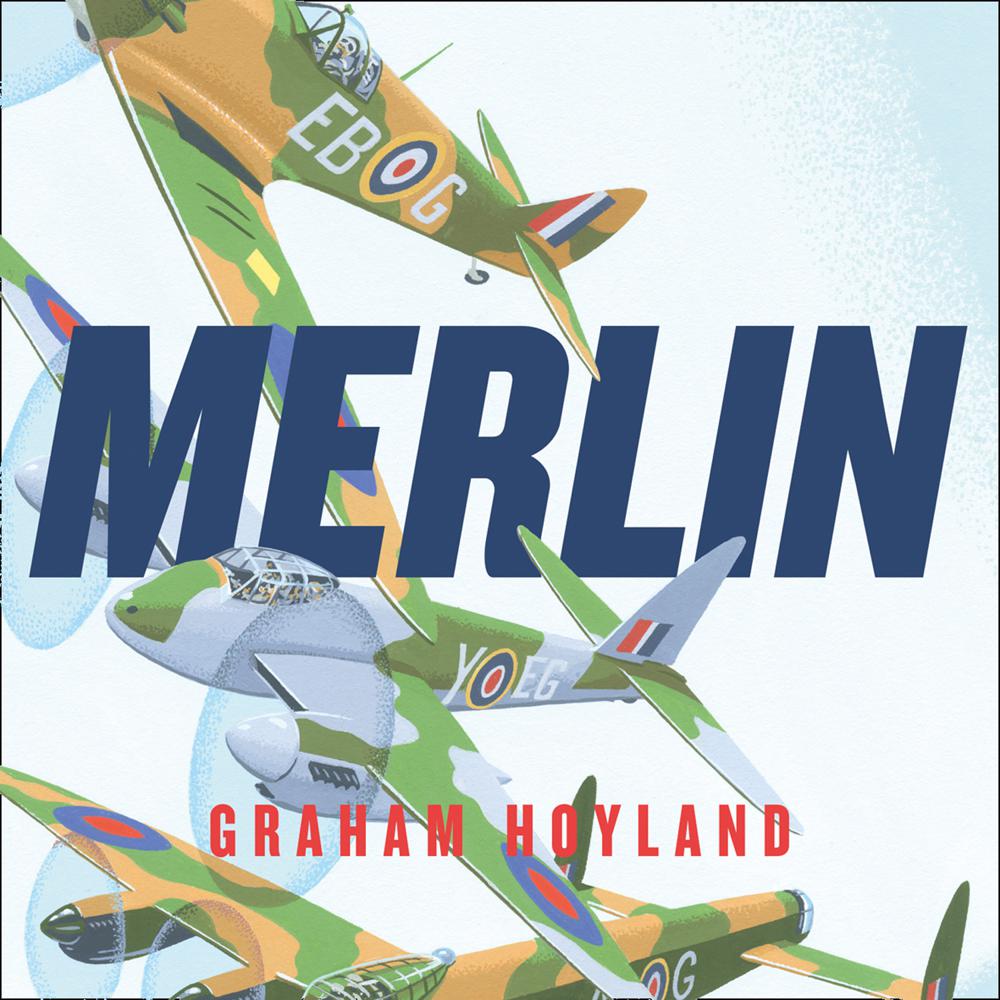 The most iconic planes of WWII, the Supermarine Spitfire, Hawker Hurricane, DeHavilland Mosquito and the Avro Lancaster, were all powered by one engine, the Rolls-Royce Merlin. The story of the Merlin is one of British ingenuity at its height, of artistry and problem-solving that resulted in a war-winning design.

Published to coincide with the 75th anniversary of VE Day and the 80th anniversary of the start of the Battle of Britain, Merlin is the extraordinary story of the development of the Rolls-Royce engine that would stop Hitler from invading Britain and carry the war to the very heart of Germany.

The story of the Merlin engine encompasses the history of powered flight, from the ingenuity of the Wright Brothers to the horrors of World War I, and from the first crossing of the Atlantic to the heady days of flying in the 1920s. There is also the extraordinary story of the Schneider Trophy – an international contest wherein nations poised on the precipice of war competed for engineering excellence in the name of progress.

And at the heart of this story are the glamourous lives of the pilots, many of whom died in their pursuit of speed; the engineers, like Henry Royce of Rolls-Royce, who sketched the engine that would win WWII in the sand of his local beach; and perhaps most importantly the Lady Lucy Houston who after the Wall Street Crash singlehandedly funded the development of the engine and the iconic Spitfire.

Never was so much owed by so many to so few – and without the Rolls-Royce Merlin engine, the few would have been powerless.

‘Merlin paints a finer, more detailed and complete portrait of the aero engine and the people who made it than almost any other single volume on the subject …Illuminating and entertaining’ Pilot magazine

‘To get deeper into the nuts and bolts of aviation, Graham Hoyland spent a year taking apart the story of the Merlin and putting it back together in a form that roars beautifully from the very start’ Simon Calder, Independent

‘A stirring account of how these hand-wrought machines, geared for speed and encased in elegant airframes … delivered us in 1940 … Merlin depicts a heroic age of smashed land, air and water speed records … and the extreme bravery of those pioneers, who incurred many fatalities. Hoyland marries the drama and excitement with a clear focus on the technical: he puts you in the cockpit and into the very guts of the machines … Anyone with a serious interest in engineering will find much to enjoy and appreciate.’ Colin Greenwood, The Spectator

‘Illuminating and entertaining’ The Times

‘A towering work full of twists and turns’ Independent