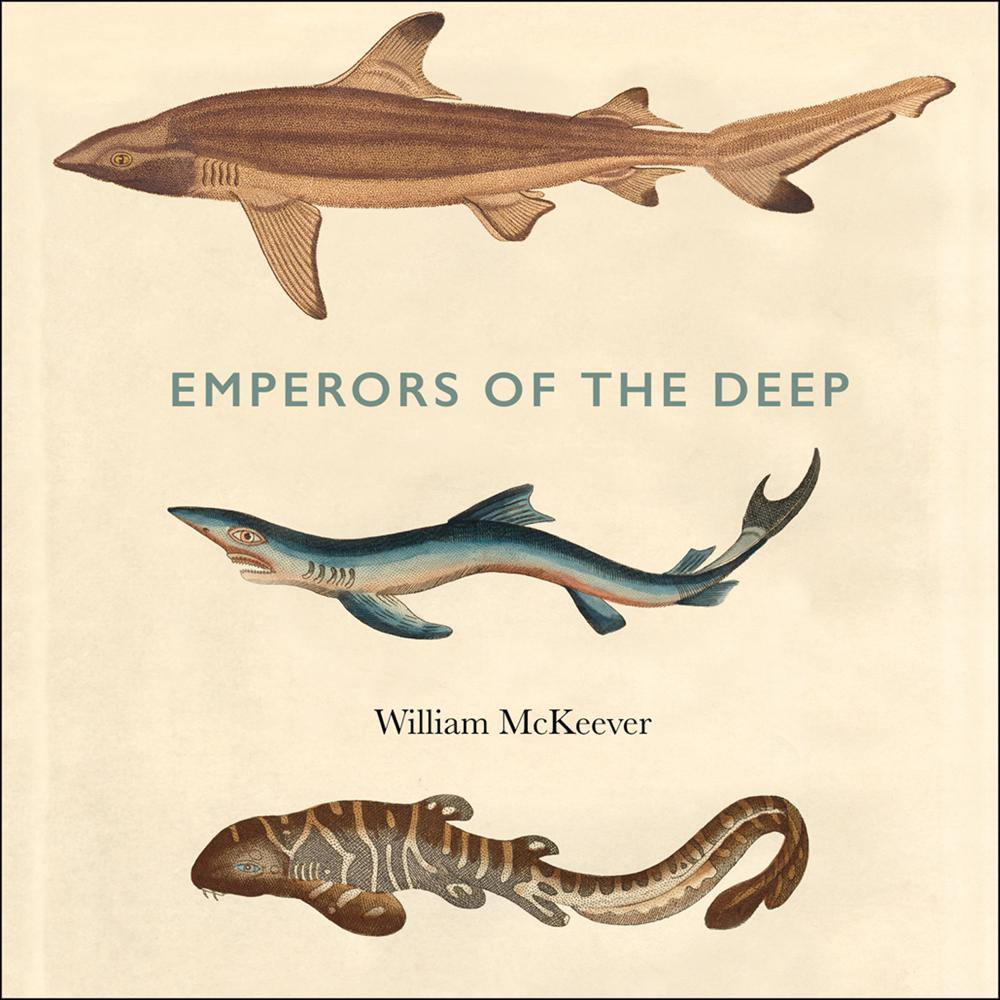 Sharks are ruthlessly efficient predators, the apex of 450 million years of evolution. They are older than trees, have survived five extinction events and are essential to maintaining balanced ocean ecosystems, but how much do we really know about their lives?

The first book to reveal the hidden world of sharks, Emperors of the Deep draws upon the latest scientific research to examine four species in detail – mako, tiger, hammerhead and great white – as never before. An eye-opening tour of shark habitats ranges from the coral reefs of the Central Pacific where great whites mysteriously congregate every autumn in what researchers call a festival for sharks, to tropical mangrove forests where baby lemon sharks play in social groups and to the frigid waters of the North Atlantic, home to 400-year-old Greenland sharks, the world’s longest-lived vertebrates. McKeever also traces the evolution of the myth of the ‘man-eater’ and exposes the devastating effects of the fishing industry on shark populations: In 2018 only four people died in shark attacks while we killed 100 million sharks.

At once a journey through the misunderstood world of sharks and an urgent call to protect them, Emperors of the Deep celebrates these iconic predators that continue to capture our imagination – and that desperately need our help to survive.

‘A must-read for anyone in love with our oceans and concerned with averting the looming ecological destruction of our planet … Brings to light the importance of sharks and their role as ancient guardians of the seas.’
John Hocevar, Oceans Campaign Director, Greenpeace USA

‘Emperors of the Deep is a heartfelt tribute to the shark. When McKeever finally comes face to face with a great white, the monster of his childhood nightmares, his fear is gloriously transformed to awe, as he steals a glimpse of “a steadfast guardian of the world's oceans”’ Philip Hoare, Spectator

‘The plight of a much maligned predator is revealed in this heartfelt plea to respect the life in our oceans’ PD Smith, Guardian