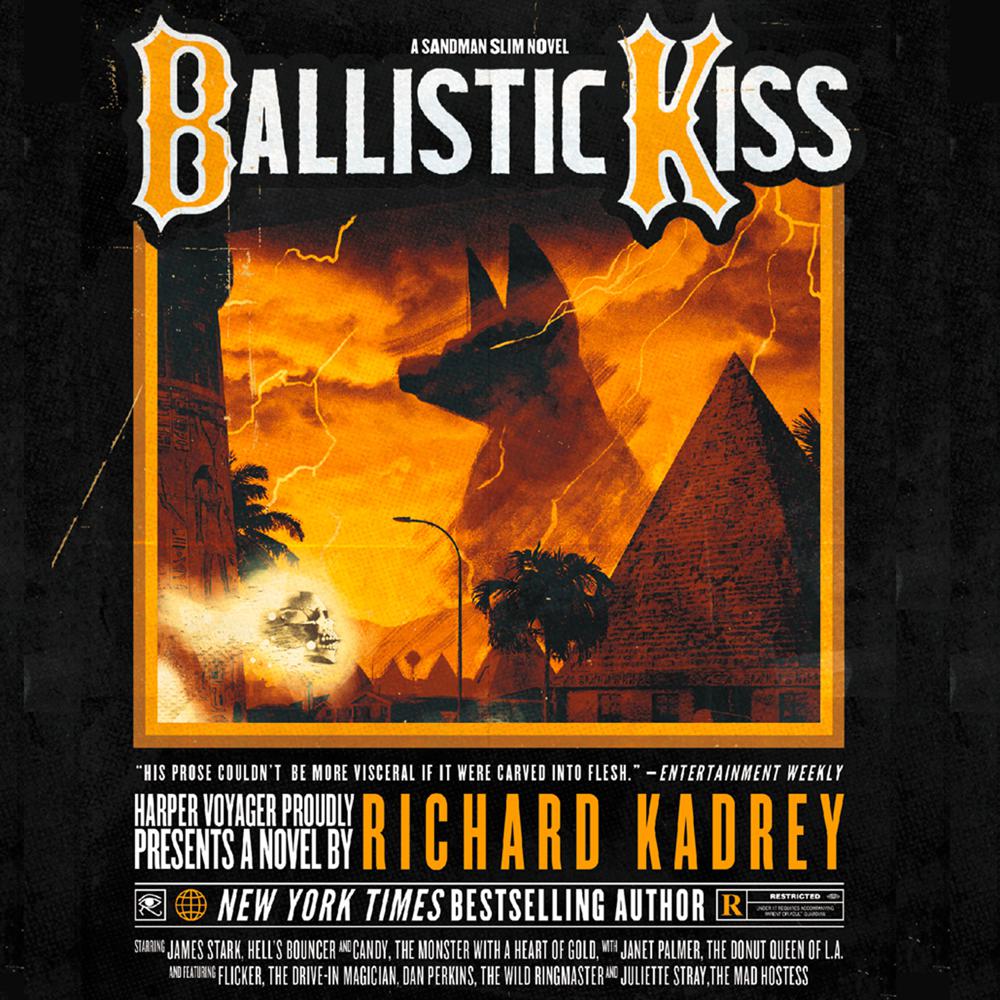 Sandman Slim is back in Los Angeles and kicking more supernatural ass in this inventive, high-octane page-turner—the next to last volume in the popular and acclaimed fantasy adventure series from New York Times bestselling author Richard Kadrey.

As the battle between warring angels continues, James Stark is focused on seemingly simpler matters now that he’s resurfaced on earth: an invasion of ghosts. L.A.’s Little Cairo neighborhood has suddenly been overrun by violent spirits, and Thomas Abbott knows if anyone can figure out why they’ve appeared – and how to get rid of them – it’s Stark.

Armed with the Room of Thirteen Doors, Stark quickly learns that the answer may reach back to the 1970s and the unsolved murder of small-time actor Chris Stein. As he begins to dig into the cold case, another area of Stark’s life takes an unexpected turn when he becomes entangled with Janet, a woman he saved during the High Plains Drifter zombie attack.

Janet’s brush with the living dead hasn’t quenched her thirst for danger. She’s an adrenaline junkie and a member of The Zero Lodge – a club that promises ‘there’s zero chance you’ll get out alive’. The Lodge attracts thrill seekers who flock to perilous events such as night walks through the L.A. Zoo – with its deadliest animals uncaged. Joining the lodge to be with Janet, Stark makes a pair of crucial discoveries that could decide the fate of L.A. and Heaven itself.

‘If Simon R. Green wrote an episode of Dog the Bounty Hunter, it would read much like SANDMAN SLIM – violent, vivid, non-stop action of the supernatural kind. I couldn’t put it down’
Charlaine Harris