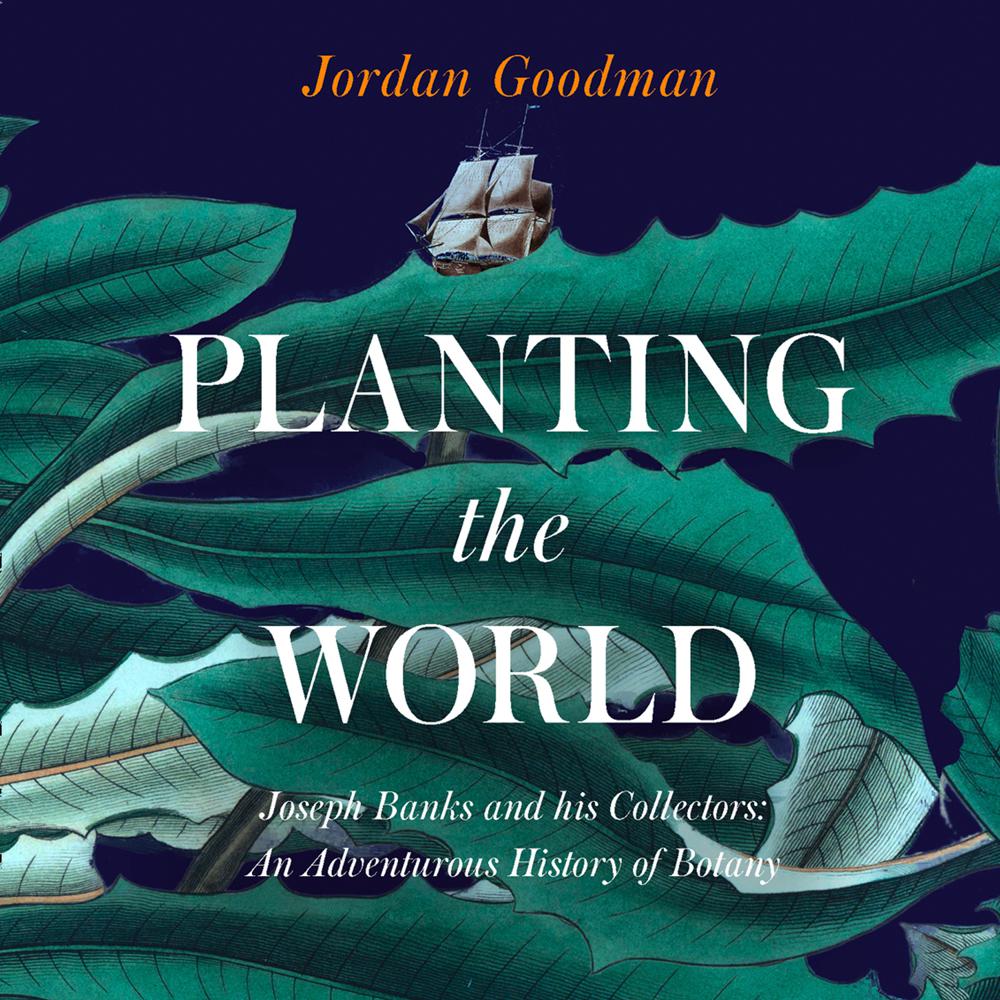 ‘Based on meticulous research in original sources … Goodman illustrates vividly how adept [Banks] was … Shining a light on individuals whose achievements are relatively uncelebrated’
Jenny Uglow, New York Review of Books

A bold new history of how botany and global plant collecting – centred at Kew Gardens and driven by Joseph Banks – transformed the earth.

Botany was the darling and the powerhouse of the eighteenth century. As European ships ventured across the Atlantic, Indian and Pacific oceans, discovery bloomed. Bounties of new plants were brought back, and their arrival meant much more than improved flowerbeds – it offered a new scientific frontier that would transform Europe’s industry, medicine, eating and drinking habits, and even fashion.

Joseph Banks was the dynamo for this momentous change. As botanist for James Cook’s great voyage to the South Pacific on the Endeavour, Banks collected plants on a vast scale, armed with the vision – as a child of the Enlightenment – that to travel physically was to advance intellectually. His thinking was as intrepid as Cook’s seafaring: he commissioned radically influential and physically daring expeditions such as those of Francis Masson to the Cape Colony, George Staunton to China, George Caley to Australia, William Bligh to Tahiti and Jamaica, among many others.

Jordan Goodman’s epic history follows these high seas adventurers and their influence in Europe, as well as taking us back to the early years of Kew Gardens, which Banks developed devotedly across the course of his life, transforming it into one of the world’s largest and most diverse botanical gardens.

In a rip-roaring global expedition, based on original sources in many languages, Goodman gives a momentous history of how the discoveries made by Banks and his collectors advanced scientific understanding around the world.

PRAISE FOR PLANTING THE WORLD

‘Goodman turns his attention to the “adventurous history” of the botanists, naturalists, gardeners, and ship captains who carried out his vicarious plant-hunting across the world, shining a light on individuals whose achievements are relatively uncelebrated. The book is particularly strong on the minutiae of planning, negotiating, and financing these ventures, and on the disasters that so often beset them … For each expedition, Goodman builds up a picture based on meticulous research in original sources … Goodman illustrates vividly how adept [Banks] was, all through his career, at piggybacking on different government, diplomatic, and mercantile ventures … Planting the World tracks Banks’s projects in detail and illustrates dramatically how difficult it was to move plants around the world’
Jenny Uglow, New York Review of Books

‘A brilliant and authoritative insight into the global reach of Joseph Banks, one of the great figures of the Enlightenment, through the lives of the intrepid botanists, gardeners, and nurserymen whose explorations and adventures made it all possible’
Peter Crane

'The story of 18th century European botanists, their ships and voyages, united by the mind and extraordinary energy of Joseph Banks as he developed both the science and gardens of England. It is a marvellous history packed with naval explorations, plant collecting, and the role of individuals in making Britain a major centre for global botany'
Janet Browne