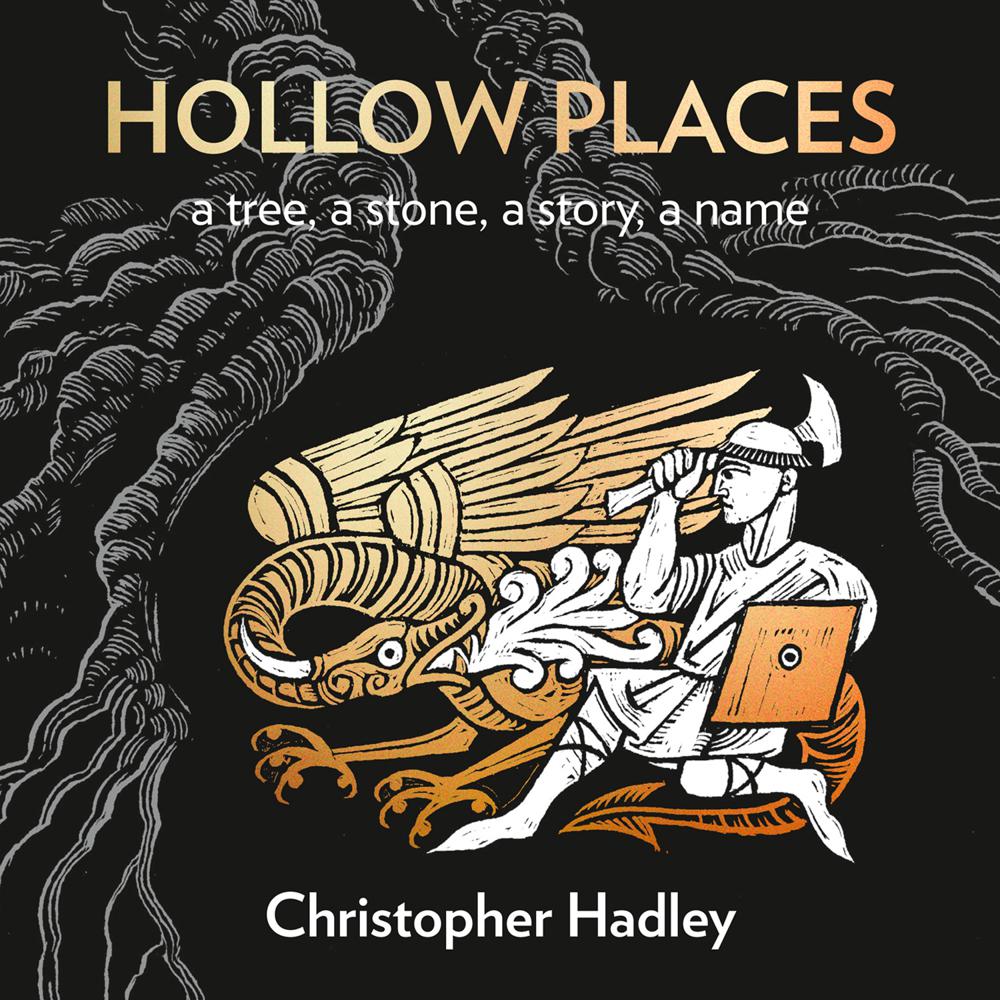 ‘Impossible to summarise and delightfully absorbing, Hadley’s book is comfortably the most unexpected history book of the year’ Sunday Times

A luminous journey through a thousand years of folklore and English history.

Hollow Places begins with a Hertfordshire dragon-slayer named Piers Shonks but soon draws us into the company of outlaws and stonemasons, antiquaries and champions. Full of wonder and always surprising, the story takes us to the margins of the Bayeux Tapestry where strange creatures gather, to ancient woodland where hollow trees hide secrets, and to the scribbled clues about folk heroes in eighteenth-century manuscripts. Hadley leads us back shivering to a church in Georgian England to sketch the dragon on a tomb, to stand atop its tower triangulating the Elizabethan countryside, and to confront the zealous Mr Dowsing and his thugs looting brasses and smashing masonry during the Civil War. Along the way, we discover how long bones will last in a crypt and where medieval stonemasons found inspiration.

The story of Piers Shonks is the survivor of an 800-year battle between storytellers and those who would mock or silence them. It stands for all those thousands of seemingly forgotten tales that used to belong to every village. It is an adventure into the past by a talented and original new writer, and a meditation on memory and belief that underlines the importance and the power of the folk legends we used to tell and why they still matter.

‘Impossible to summarise and delightfully absorbing, Hadley’s book is comfortably the most unexpected history book of the year’ Sunday Times

‘Christopher Hadley’s celebration of English folklore across 800 years delights in these imaginative tales which have shaped and coloured the cultural landscape of the nation …Enriching and at times surprising … Anchored by memorable tales, the narrative over-turns long-held historical beliefs as it goes … Hollow Places has an innate charm … The book’s real success lies in being alert to what makes these superstitions and rituals special – the understanding that imagination trumps truth’ TLS

‘Hadley wears his scholarship lightly but at the heart of this antiquarian wild goose chase is an ingenious meditation on what history, in all its complexity and unevenness, really is.’ Guardian

‘This meditation on the power of folk myth lives up to its billing as an ‘unusual history’. It’s also engaging, wide-ranging stuff, exploring how stories become ties that bind’ BBC History Magazine

‘The past is animated with imagination and knowledge … Shonks and his story, the tomb and the now vanished yew are a starting point for a digressive and affectionate exploration of a local tradition that has survived for 800 years … Authoritative and well-researched.’ Spectator

‘Both the piercing dissection of a folktale and a thrilling delve into the thickets of the English imagination. In fluid and satisfying prose, Hadley succeeds in transforming the most outwardly parochial of subjects into a means of illuminating the tangled roots of storytelling … there are few subjects more compelling.’ Thomas Williams