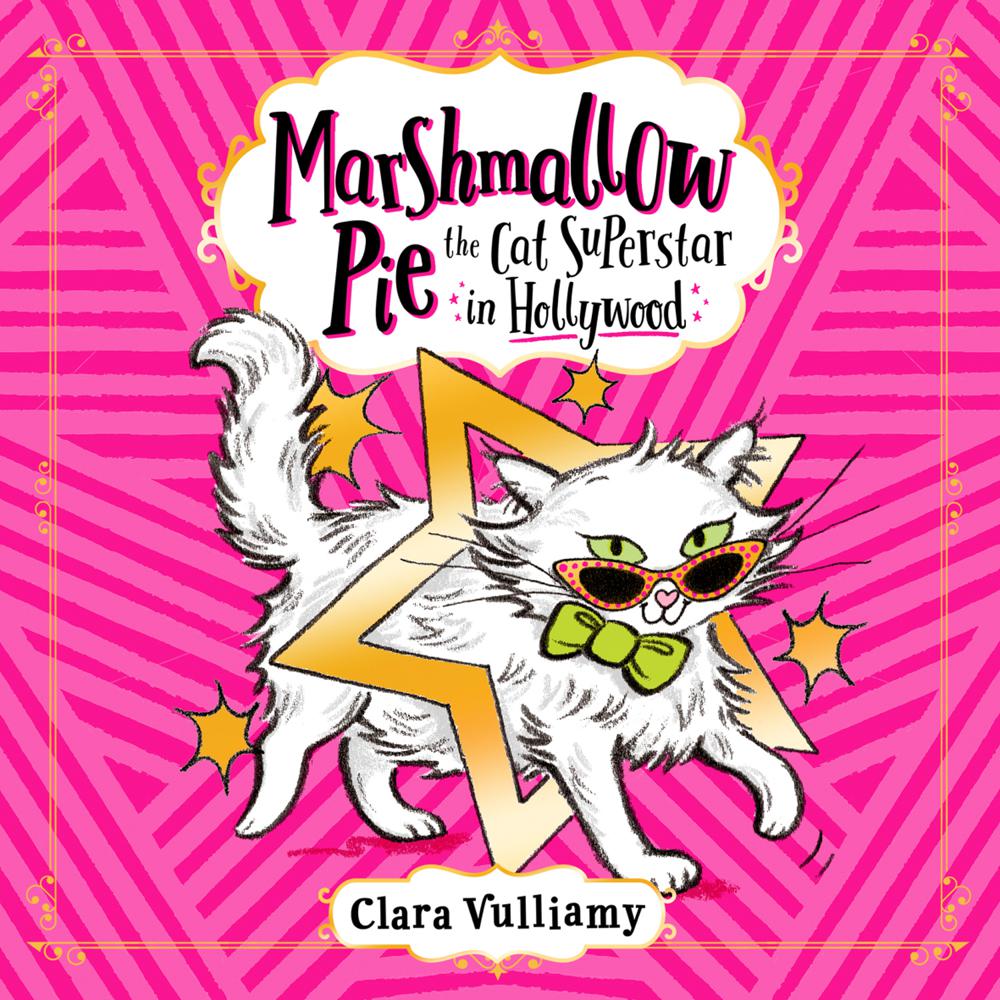 The third book in the Marshmallow Pie the Cat Superstar series by Clara Vulliamy, the author-illustrator of Dotty Detective.

Marshmallow Pie, a big, fluffy cat with an even bigger personality, is off to Hollywood to star in a movie!

Pie is loving his trip – the glamourous people, the luxurious hotel, not to mention the tasty snacks! But most of all, he is dazzled by his new friend Madison: a charming, famous young girl not much older than his owner, Amelia. Madison is desperate to spend time with Pie and show him around town. So why doesn’t Amelia seem so sure about her?

Amidst his glitzy new adventure, Pie must keep his paws on the ground – and learn a valuable lesson about what a true friend looks like.

Told in the hilarious voice of Marshmallow Pie himself, his antics are illustrated throughout in black and white.