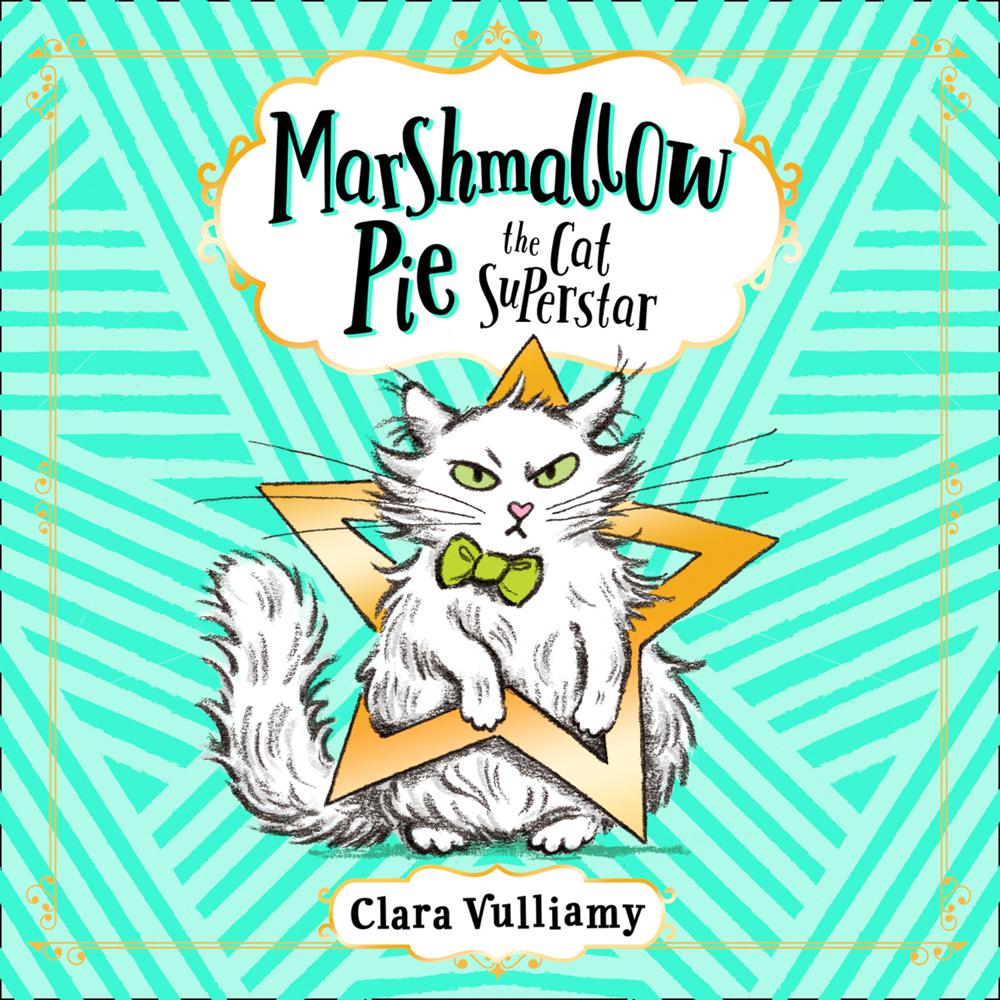 A hilarious new series from Clara Vulliamy, the author-illustrator of Dotty Detective, about grumpy cat Marshmallow Pie and his reluctant pursuit of stardom. Perfect for fans of Toto the Ninja Cat or The Secret Life of Pets.

Marshmallow Marmaduke Vanilla-Bean Sugar-Pie Fluffington-Fitz-Noodle is a big, fluffy (and grumpy) cat. He LOVES the easy life: lazing in the sunshine, eating Shrimp Crunchies and annoying Buster, the dog downstairs.

His new owner, Amelia Lime, has grand plans to turn Pie into a STAR… But Pie thinks he’s a star already, to be honest!

Told in the hilarious voice of Marshmallow Pie himself, his mischievous antics are illustrated throughout in black and white.