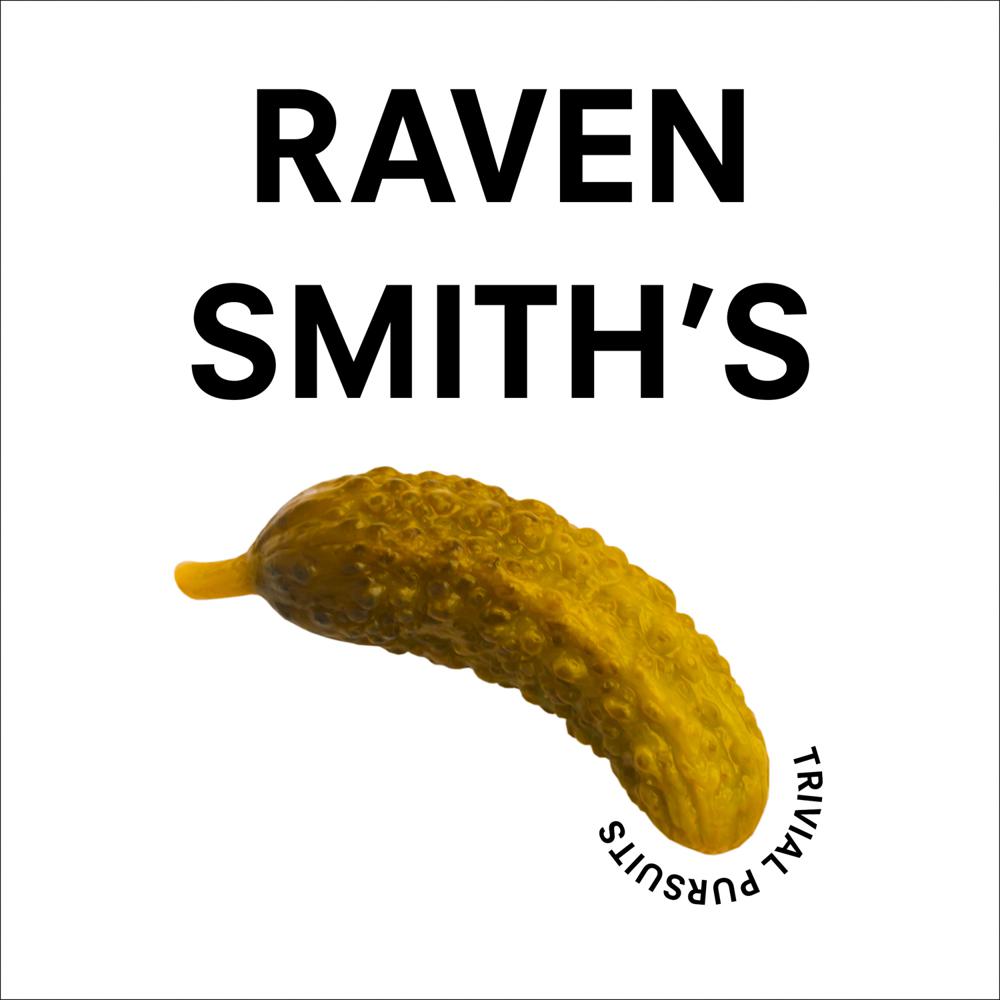 A hilarious, smart and incredibly singular debut from Raven Smith, whose exploration of the minutiae of everyday modern life and culture is totally unique and painfully relatable.

Is being tall a social currency? Am I the contents of my fridge? Does yoga matter if you’re not filthy rich? Is a bagel four slices of bread? Are three cigarettes a meal?

From IKEA meatballs to minibreaks, join Raven Smith as he reflects on the importance we place in the least important things and our frivolous attempts to accomplish and attain. He also tackles his single-parent upbringing, his struggles as a lonely teenager and his personal experience of coming out.

Packed with brilliant humour, great tenderness and lingering pathos, Raven Smith’s Trivial Pursuits is a book for anyone who has ever asked ‘when I get to the pearly gates of heaven, will a viral tweet count for or against my entry?’

This audiobook includes an exclusive interview between Raven Smith and his editor, in which they discuss the themes of the book and illuminate further on some of the stories and events detailed within.

‘It’s rare a writer is as funny in their prose as they are in their social media. But Raven is that rare author who is somehow even better, as he tartly explores pop culture and its influence on his inner life. You’ll laugh. You’ll cry. You’ll wonder if you’re really just another millennial a**hole on this guided tour of Raven’s beautiful, singular and deeply hilarious mind.’
LENA DUNHAM

‘Raven Smith’s writing is as current as it is biting!’
Candice Carty-Williams

‘Raven Smith is rollickingly good fun and Britain's sassiest social commentator. Trivial Pursuits is a linguistic acid trip and a showcase of his ability to shape even the most useless piece of information into something riveting.’
PANDORA SYKES

‘It’s unlike anything I’ve ever read…in a good way! I’m laughing out loud, wincing in recognition and shaking my head in wonderment about some of the batshit metaphors that shouldn’t work but do!’ ELIZABETH DAY

‘It’s hilarious. The funny stuff made me do small wheezes and the honest stuff made me wish I could write so boldly. The chapter on long term partnerships made me feel strangely like I wanted to go and hug my sleeping husband and I reached the end furious that there wasn’t more to come…I feel like he wrote it from inside my brain but only if my brain was cleverer and more articulate.’
BELLA MACKIE

Smith is a scandalous, Wildean libertine with an Instagram account to match and his book, a guide to life, is a naughty little firecracker. DEBORAH FRANCES WHITE