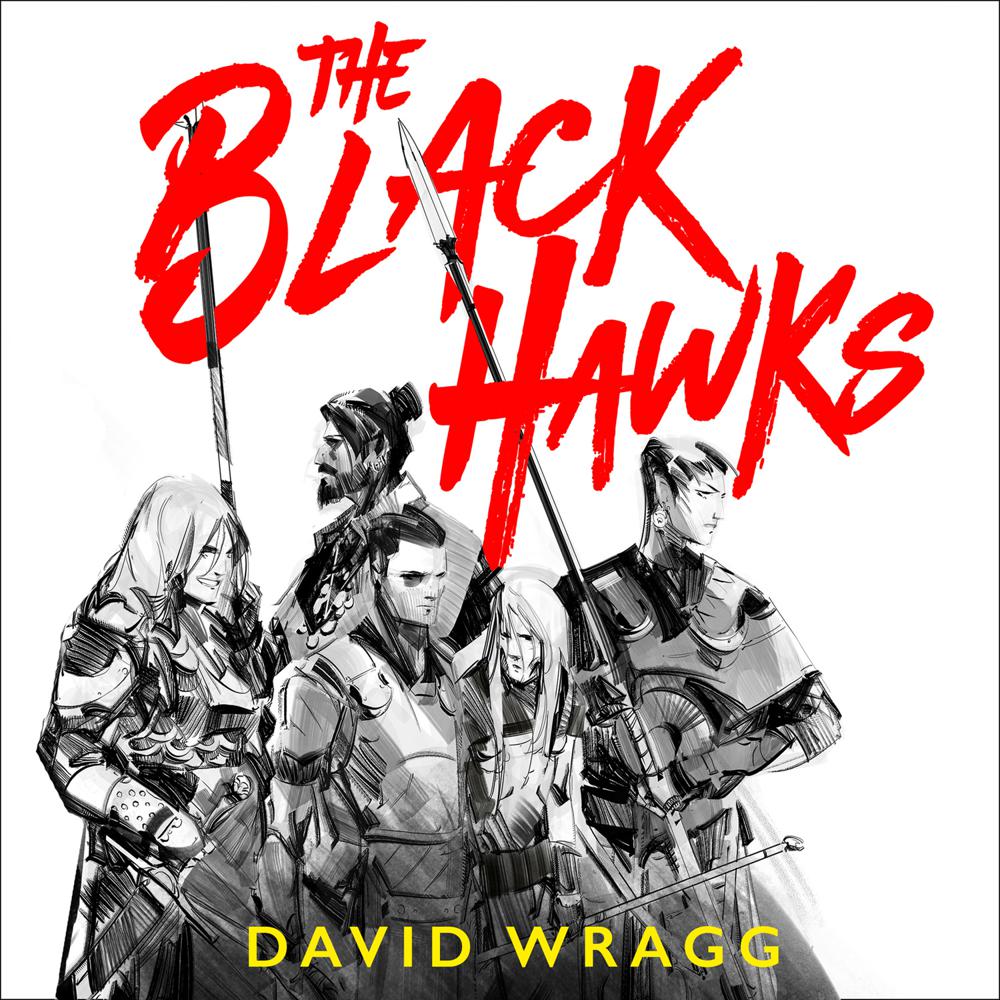 Dark, thrilling, and hilarious, The Black Hawks is an epic adventure perfect for fans of Joe Abercrombie and Scott Lynch.

Life as a knight is not what Vedren Chel imagined. Bound by oath to a dead-end job in the service of a lazy step-uncle, Chel no longer dreams of glory – he dreams of going home.

When invaders throw the kingdom into turmoil, Chel finds opportunity in the chaos: if he escorts a stranded prince to safety, Chel will be released from his oath.

All he has to do is drag the brat from one side of the country to the other, through war and wilderness, chased all the way by ruthless assassins.

With killers on your trail, you need killers watching your back. You need the Black Hawk Company – mercenaries, fighters without equal, a squabbling, scrapping pack of rogues.

Prepare to join the Black Hawks.

‘Reminds me of Abercrombie’s THE BLADE ITSELF’
Nicholas Eames, author of KINGS OF THE WYLD

‘Refreshing and entertaining, like a cross between Nicholas Eames and Joe Abercrombie; THE BLACK HAWKS is simply a joy to read’
Peter McLean, author of PRIEST OF BONES

‘Wragg captures the classic fantasy spirit of adventure and exploration, wraps it with stabbed backs and cannibals and gifts it to you on a bed of action’
Ed McDonald, author of BLACKWING

‘Everyone loves a good mercenary tale, but THE BLACK HAWKS offers more besides: a protagonist who's refreshingly rubbish at fighting, a supporting cast who'd be fascinating if they were just standing around in a supermarket, and an author who knows when to dodge cliches, and when to jump in and splash like a kid in a puddle’
Nate Crowley, author of 100 BEST VIDEO GAMES (THAT NEVER EXISTED)

‘A remarkably assured debut…I can’t wait to see what happens next’
Anna Stephens, author of GODBLIND