Born to Be Posthumous
Mark Dery, Read by Adam Sims 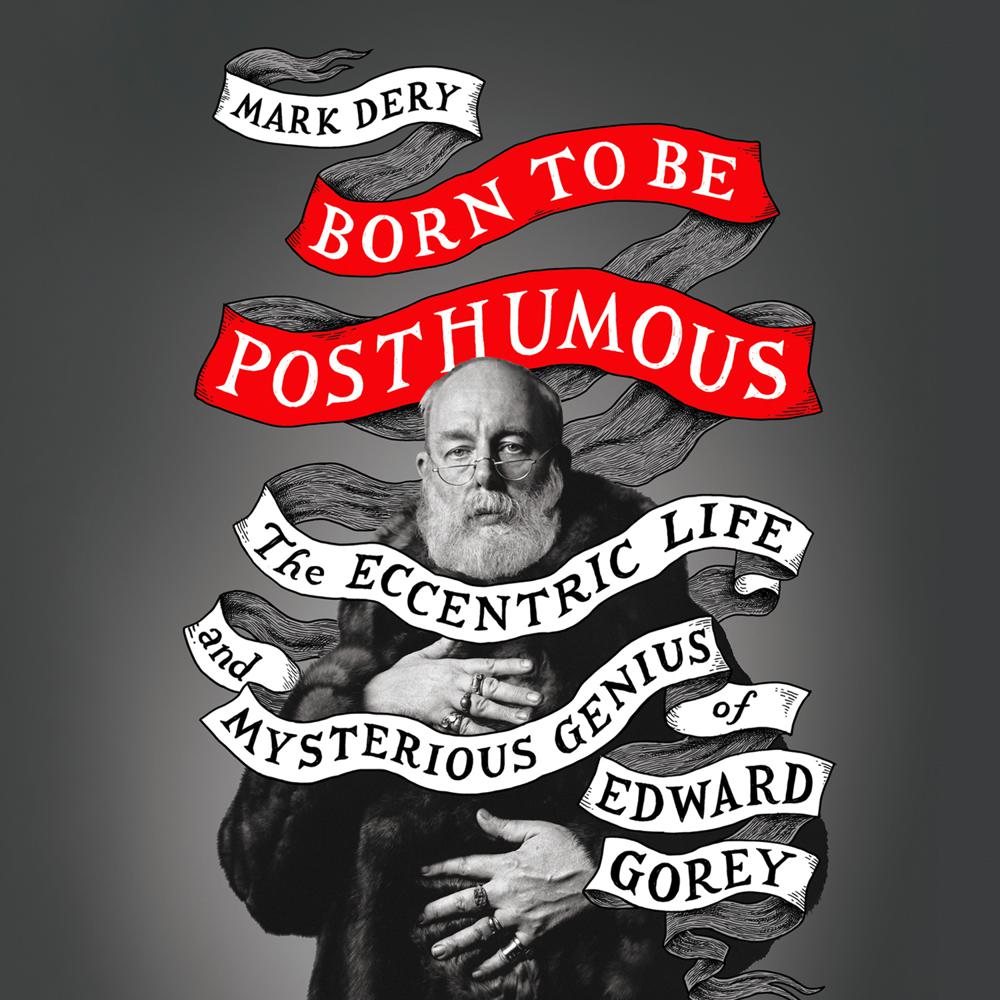 The definitive biography of Edward Gorey, the eccentric master of macabre nonsense.

’A genius book about a bookish genius’ Daniel Handler, author of A Series of Unfortunate Events

From The Gashlycrumb Tinies to The Doubtful Guest, Edward Gorey's wickedly funny and deliciously sinister little books have influenced our culture in innumerable ways, from the works of Tim Burton and Neil Gaiman to Lemony Snicket. Some even call him the Grandfather of Goth.

But who was this man, who lived with over twenty thousand books and six cats, who roomed with Frank O'Hara at Harvard, and was known – in the late 1940s, no less – to traipse around in full-length fur coats, clanking bracelets, and an Edwardian beard? An eccentric, a gregarious recluse, an enigmatic auteur of whimsically morbid masterpieces, yes – but who was the real Edward Gorey behind the Oscar Wildean pose?

He published over a hundred books and illustrated works by Samuel Beckett, T.S. Eliot, Edward Lear, John Updike, Charles Dickens, Hilaire Belloc, Muriel Spark, Bram Stoker, Gilbert & Sullivan, and others. At the same time, he was a deeply complicated and conflicted individual, a man whose art reflected his obsessions with the disquieting and the darkly hilarious.

Based on newly uncovered correspondence and interviews with personalities as diverse as John Ashbery, Donald Hall, Lemony Snicket, Neil Gaiman, and Anna Sui, Born to be Posthumous draws back the curtain on the eccentric genius and mysterious life of Edward Gorey.

‘Edward Gorey has been granted the most remarkable biography, one I believe he could have lived with. What was the likelihood that this singular genius could be restored, with such compassion and grace, within his whole context: Balanchine, surrealism, Frank O'Hara, Lady Murasaki, et al?’ Jonathan Lethem

‘Edward Gorey's ardent admirers have long known there is something about his work one can't quite pin down. Past all reason, Mark Dery has pinned it down. A genius book about a bookish genius’ Daniel Handler, author of A Series of Unfortunate Events

‘As a perfervid Goreyphile, I was a bit leery of a biography undertaking to spell out the details of his life. Did I really want to have the mystery solved? But Mark Dery drags the pond to revelatory result, contextualising and analysing Gorey, plunging into his obsessions, dissecting his sexuality, and even examining the philosophical import of nonsense while somehow managing to leave the central enigma radiantly intact. This is an absolutely riveting book about an utterly sui generis subject’ Alison Bechdel, author of Fun Home

‘Knowing Gorey’s full story, done sparkling justice by Mark Dery, will only make you adore him more’ Caitlin Doughty, author of Smoke Gets In Your Eyes

‘A devoted and highly readable biography of the illustrator who – from The Doubtful Guest to The Curious Sofa – defined and embodied a world of camp, gothic hilarity’ Ben Schott, Guardian Books of the Year

'The best biographies are the result of a perfect match between author and subject, and it's relatively rare when the two align perfectly. But that's the case with Born to Be Posthumous Dery's book is smart, exhaustive and an absolute joy to read. He has given Gorey the biography he has long deserved' NPR