Every Sky A Grave
Jay Posey, Read by Laurel Lefkow 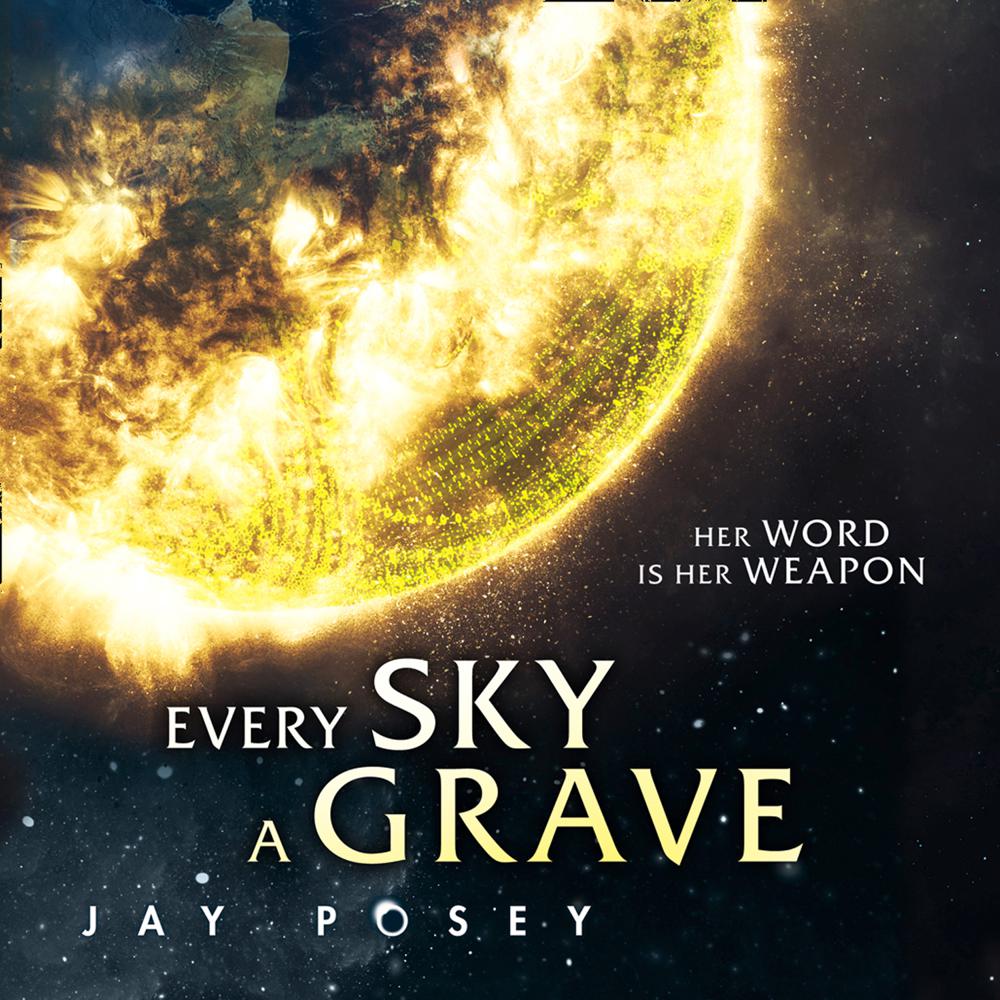 ‘Action sequences to speed the blood’ The Times

HER WORD IS HER WEAPON

Exhilarating and original, Every Sky A Grave tells an epic tale of truth and power on the greatest canvas there is: outer space.

Mankind has spread out and conquered the galaxy by mastering the fundamental language of the universe. With the right training, the right application of words, truth itself can be rearranged.
Language is literally power.

For if a planet deviates too far from what the authorities plan, an agent is sent out to correct that. To quietly and with great skill, end that world.

One such agent is Elyth – a true believer.

But on a clandestine mission to stop an uprising before it can truly begin, Elyth comes to realise she hasn’t been told the whole truth herself. There’s so much she doesn’t know. How can there be people whose truth is different to that of the authorities?

Elyth’s faith in the powers that be is shaken just when she needs it most. While on her mission, a dark and unknown presence makes itself known at the edges of the galaxy – and it cannot be controlled, for nobody knows its name…

For fans of Anne Leckie and N. K. Jemisin comes an explosive and ambitious series about the power of words set far in the future, far away – but with a message about truth that hits home.

PRAISE FOR EVERY SKY A GRAVE

“Jay Posey writes action sequences to speed the blood; quieter passages give his intergalactic conspiracies plenty of room to breathe and time to fester. This is the first part of a bigger work, so we expect (and demand) some twists in the tale.”
– The Times

“You begin to read and realise you’ve become so engrossed in that a whole day has passed by without you noticing.”
– Strange Alliances

“Jay Posey is stepping up and showing the science fiction community that he is a powerhouse in the genre.”
– Looking for a Good Book

“Posey’s writing is easy, the characters nuanced, and certainly there is a lot to love here as a result. The villains are just as interesting as the good guys and there is definitely a set up for a larger story.”
– Online Eccentric Librarian

“A high-paced blend of near-future space opera and military sf, and in a nutshell it’s good fun.”
– SFF World