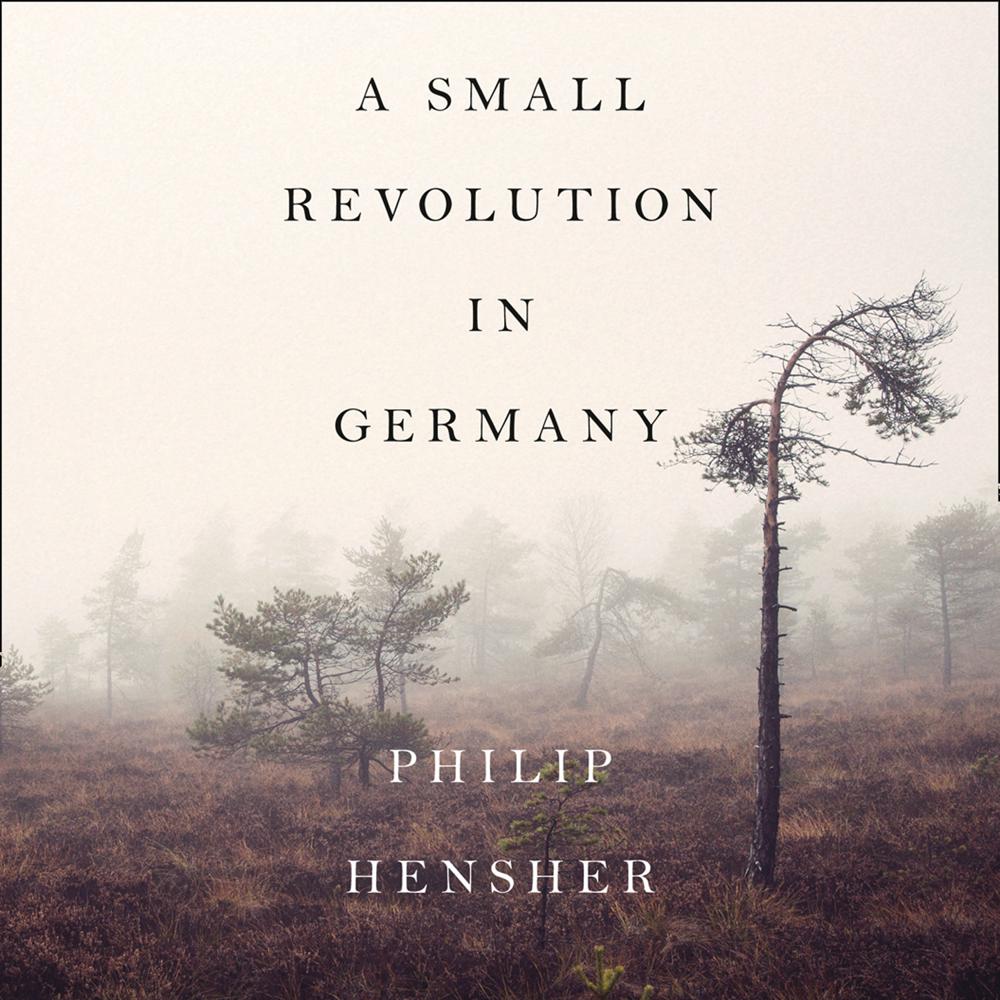 A Small Revolution in Germany is about growing up, or refusing to accept what growing up means; it’s about the small dishonest pacts that people make with their own futures; and it’s about the rare and joyous refusal to be disillusioned.

Everyone remembers what it’s like to be seventeen. The conversations you have; the ideas that burst on you; the kiss that transforms you. And then you grow up, and make a deal with adulthood. A Small Revolution in Germany is about that rapturous moment when ideas, and ideals, and passion crash over one boy’s head. And what happens in the decades afterwards? When you see the overwhelming truth when you are seventeen, why should you ever abandon that truth?

Spike is brought into a small, clever group of friends, bursting with a passion for ideas, and the wish to change the world. They smash up political meetings; they paint slogans on walls; they long for armed revolution; they argue, exuberantly, until dawn. In the years to follow, they all change their minds, and go into the world. They become writers, politicians, public figures. One of them becomes famous when she dies. They all change their minds, and make sensible compromises. Only Spike stays exactly as he is, going on with the burning desire for change, in the safe embrace of unconditional love. Alone from the old group, he is the only one who has achieved nothing, and who has never deviated from the impractical shining path of revolution he saw as a teenager. Thirty years on, photographs of the teenage group look like a bunch of celebrated individuals, with only one unknown face in it – Spike.

Praise for A Small Revolution in Germany:

‘In A Small Revolution in Germany – a meditation on youth and constancy and reinvention – Philip Hensher has coalesced all the craft, skill, wit and intelligence of his previous work into something which is dazzling but also deeply thought and deeply felt. I just loved it’ Linda Grant

‘He brilliantly animates the lives of neglected people during big historical events.’ The Times, Thomas Adès

‘On the one hand, he is writing the type of novel whose atmosphere relies for its attack on a certain amount of self-conscious cultural signalling. On the other, he is embarked on the kind of fictional high-wire act that both emphasizes and undermines the seriousness with which the people he writes about need to be taken…Rather like Mary Gaitskill, he specializes in extending sympathy to his creations and then suddenly withdrawing it, giving them enough rope to hang themselves with … some wonderful moments of off-kilter comedy’ TLS, D.J. Taylor

‘A beautiful, regret-soaked story about the marks left on our adult lives by the idealism of our youth’ Alex Preston, Observer

‘The novel moves easily between Thatcherite Britain and the present…. This book is bound to be seen as a satire on the left. But in fact its keynote is a deep anger and disillusionment with politics, a lack of faith in all systems…Positioning his story within the frame of current events is a clever move on Hensher’s part’ Elizabeth Lowry, Guardian