Russians Among Us
Gordon Corera, Read by Derek Perkins 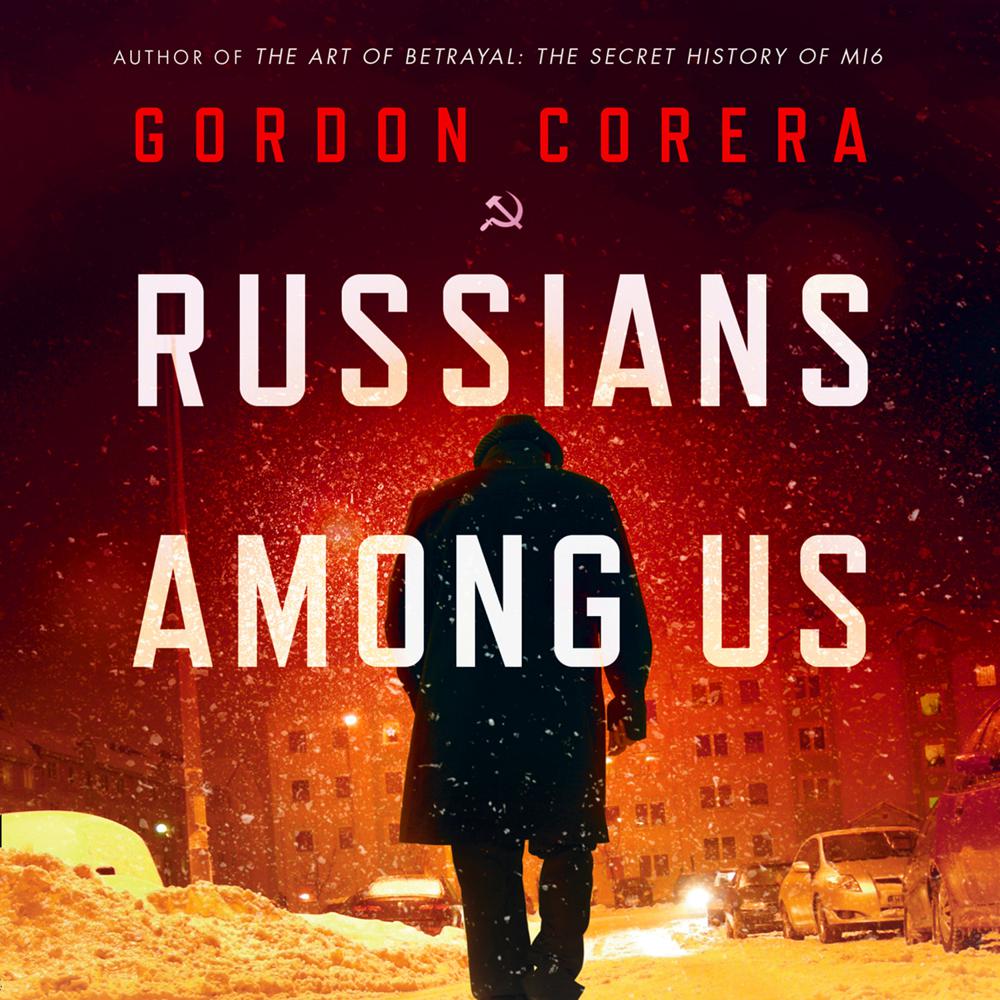 The urgent, explosive story of Russia’s espionage efforts against the West from the Cold War to the present – including their interference in the 2016 presidential election.

Like a scene from a le Carre novel or the TV drama The Americans, in the summer of 2010 a group of Russian deep cover sleeper agents were arrested. It was the culmination of a decade-long investigation, and ten people, including Anna Chapman, were swapped for four people held in Russia. At the time it was seen simply as a throwback to the Cold War. But that would prove to be a costly mistake. It was a sign that the Russian threat had never gone away and more importantly, it was shifting into a much more disruptive new phase. Today, the danger is clearer than ever following the poisoning in the UK of one of the spies who was swapped, Sergei Skripal, and the growing evidence of Russian interference in American life.

In this meticulously researched and gripping, novelistic narrative, Gordon Corera uncovers the story of how Cold War spying has evolved – and indeed, is still very much with us.

Russians Among Us describes for the first time the story of deep cover spies in America and the FBI agents who tracked them. In intimate and riveting detail, it reveals new information about today’s spies—as well as those trying to catch them and those trying to kill them.

REVIEWS FOR RUSSIANS AMONG US

‘This [is a] superb study of the illegals system … In the West it was erroneously assumed that the illegals programme ended with the Cold War, but as Corera proves it was ramped up and modernised by Putin for the 21st century … Alexander Poteyev was a veteran of the Soviet war in Afghanistan who rose to become deputy head of Directorate S. His story, told here for the first time, is an extraordinary one… Corera tells this astonishing tale with deft authority, placing it in the wider context of Russian intelligence strategy. Few are better versed in the intricacies of the continuing spy war between East and West.’ Ben Macintyre, The Times

‘Extremely readable … A lively and disturbing account of the extraordinary events that led to, and the terrible ones that followed, the Vienna spy swap in 2010, an episode perhaps best remembered in the West for Anna Chapman, the strikingly beautiful socialite who turned out to be a Russian spy.’ Telegraph

‘A lively and engrossing account of the FBI’s decade-long counterintelligence operation … Corera correctly notes that the US and UK were slow to appreciate Russia’s malign intent once Putin became president … Offers a persuasive account of how Moscow had adapted its espionage toolkit … A compelling book that combines good storytelling with subtle understanding of spy methods old and new’
Luke Harding, Observer