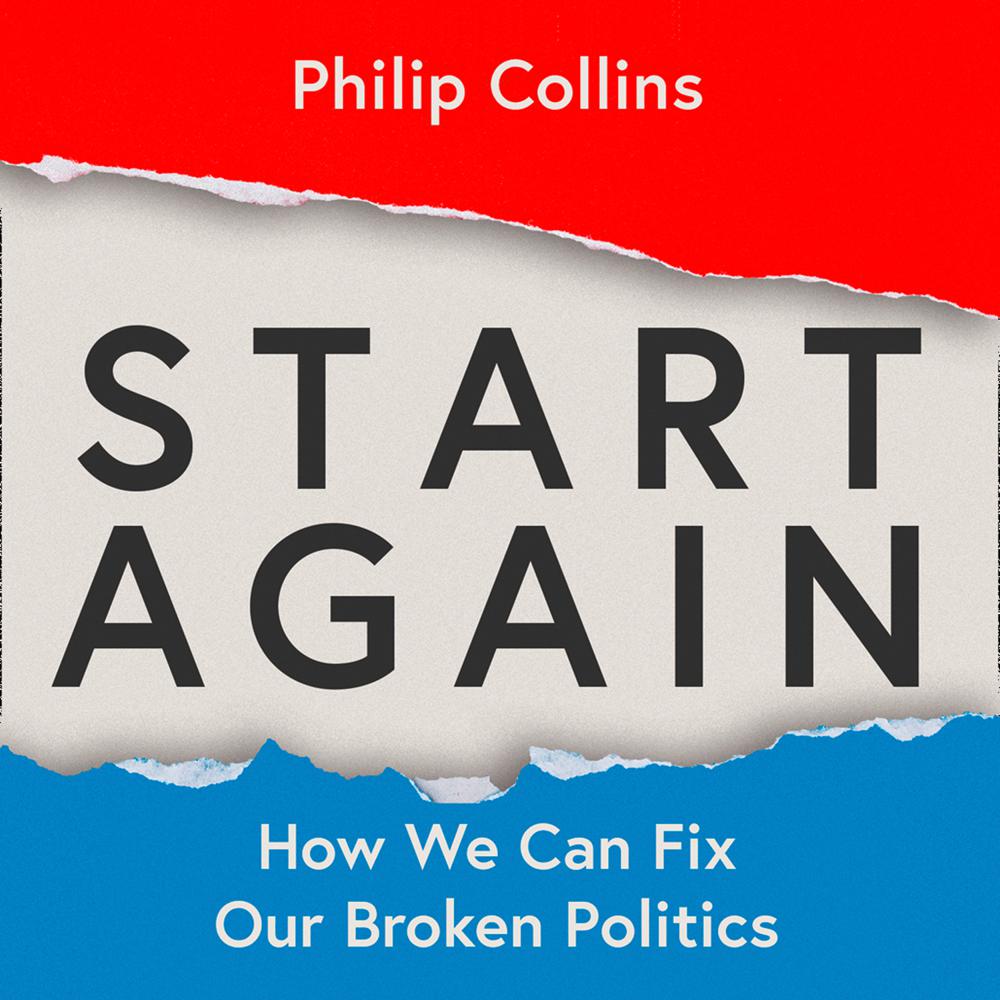 ‘The bible for The Independent Group and many others’ Nick Robinson, Today Programme

Britain is today divided old against young, class against class, region against region, nativist against cosmopolitan, rich against poor and London against the rest. Our country is divided by generation, by education, by place and by attitude.

Politics needs to be turned off and started again.

In this time of tumult, when Britain is wrestling with the question of what sort of nation it wishes to be, its politics is stuck.

Power is hoarded by a distant and unresponsive centre and our two largest political parties have both been captured by those on their outer edges.

Too many of us have been left politically homeless.

In Start Again, Philip Collins, Times journalist and until recently a lifelong Labour voter, offers a road map to a different political destination. It is a road map that, in recent days, has been taken up by many from both sides of the political divide.

Drawing on lessons from history Collins proposes new answers to today’s most urgent questions: questions of education, work, health, housing, security, nationhood, and of how we can achieve a better future.

Hopeful, indignant and inspirational, this is a book for anyone who feels that politics no longer speaks to them.

‘Phil Collins is the best political commentator in Britain. Start Again gives him a bigger canvas to show what’s wrong and what Britain could be. His book is a vivid personal memoir of growing up in Bury which fizzes with good ideas for fixing a society in which too many are left behind almost from birth. Everyone interested in how to save this troubled country should start with this exciting book’ Michael Burleigh, author of The Best of Times, the Worst of Times

‘[Start Again] starts with an excellent critique of the problems Britain faces, but rather than wallow in those, Start Again is packed with crisp accounts of policy proposals, from reform of the council tax to getting out of the arms trade…excellent’ The Times

‘In Start Again, Collins sets a possible political agenda for a future. His proposals could be what people need to start new conversations about what they want to achieve through exercising their right to vote and get back into politics. The ideas are well articulated and easily understandable. It is both hopeful and optimistic’ Whatson.Guide

Praise for When They Go Low, We Go High:

‘Anyone interested in the past, present and future of speeches and speechwriting will find it a fascinating read. For those of us who like nothing better than to marvel at effective use of an anaphoric tricolon, it’s an absolute must.’ Spectator

‘It deserves to find a home in many Christmas stockings, in the library of anyone interested in oratory or political theory, and on the odd A-level reading list… he brings to his analyses a deep understanding of the pragmatics of speech-making’ Guardian