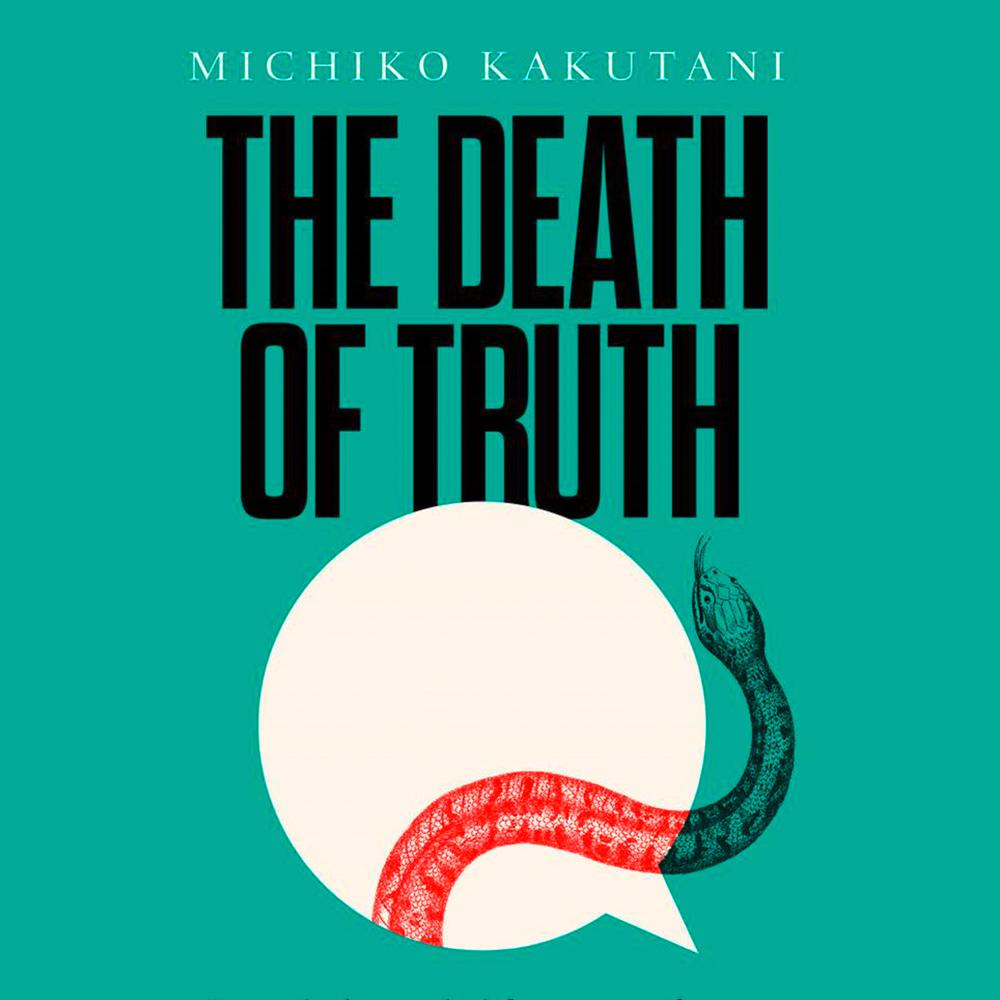 From a Pulitzer Prize-winning critic comes an impassioned critique of the West’s retreat from reason.

We live in a time when the very idea of objective truth is mocked and discounted by the US President. Discredited conspiracy theories and ideologies have resurfaced, proven science is once more up for debate, and Russian propaganda floods our screens. The wisdom of the crowd has usurped research and expertise, and we are each left clinging to the beliefs that best confirm our biases.

How did truth become an endangered species? This decline began decades ago, and in The Death of Truth, former New York Times critic Michiko Kakutani takes a penetrating look at the cultural forces that contributed to this gathering storm. In social media and literature, television, academia, and political campaigns, Kakutani identifies the trends – originating on both the right and the left – that have combined to elevate subjectivity over factuality, science, and common values. And she returns us to the words of the great critics of authoritarianism, writers like George Orwell and Hannah Arendt, whose work is newly and eerily relevant.

With remarkable erudition and insight, Kakutani offers a provocative diagnosis of our current condition and presents a path forward for our truth-challenged times.

‘Kakutani has written the first great book of the Trump administration. The Death of Truth is a fiery polemic against the president and should go down as essential reading. In nine exquisitely crafted broadsides, the Pulitzer winner calls upon her vast knowledge of literature, philosophy and politics to serve up a damning state of the union’ Rolling Stone

‘The Death of Truth is destined to become the defining treatise of our age. Not only does it brilliantly and incisively diagnose the roots of our decaying social and political order; it also shows why we must rescue the truth before it is buried under a regime of lies. Everyone should read this book’ David Grann

‘Kakutani’s slender, fiery new book could have been written only by someone who reads more, and retains more, than most mere mortals’ TIME

‘Without the truth we will be neither prosperous nor virtuous nor free. This book begins the self-defence of American culture’ Timothy Snyder

‘This is the book I would have written – but only if I had had a brilliant grasp of literature, politics, and history, and the ability to weave them together in a uniquely original way. The Death of Truth goes indelibly to the dark, dark heart of what is ailing our democracy as no recent book has done’ Graydon Carter

‘Kakutani's The Death of Truth is politically urgent and intellectually dazzling. She deftly goes behind the daily headlines to reveal the larger forces threatening democracy at home in America, and elsewhere around the globe. The result is a brilliant and fascinating call-to-arms that anyone who cares about democracy ought to read immediately’ Jane Mayer

‘An elegant polemic against Trump, tyranny and lies’ The Times