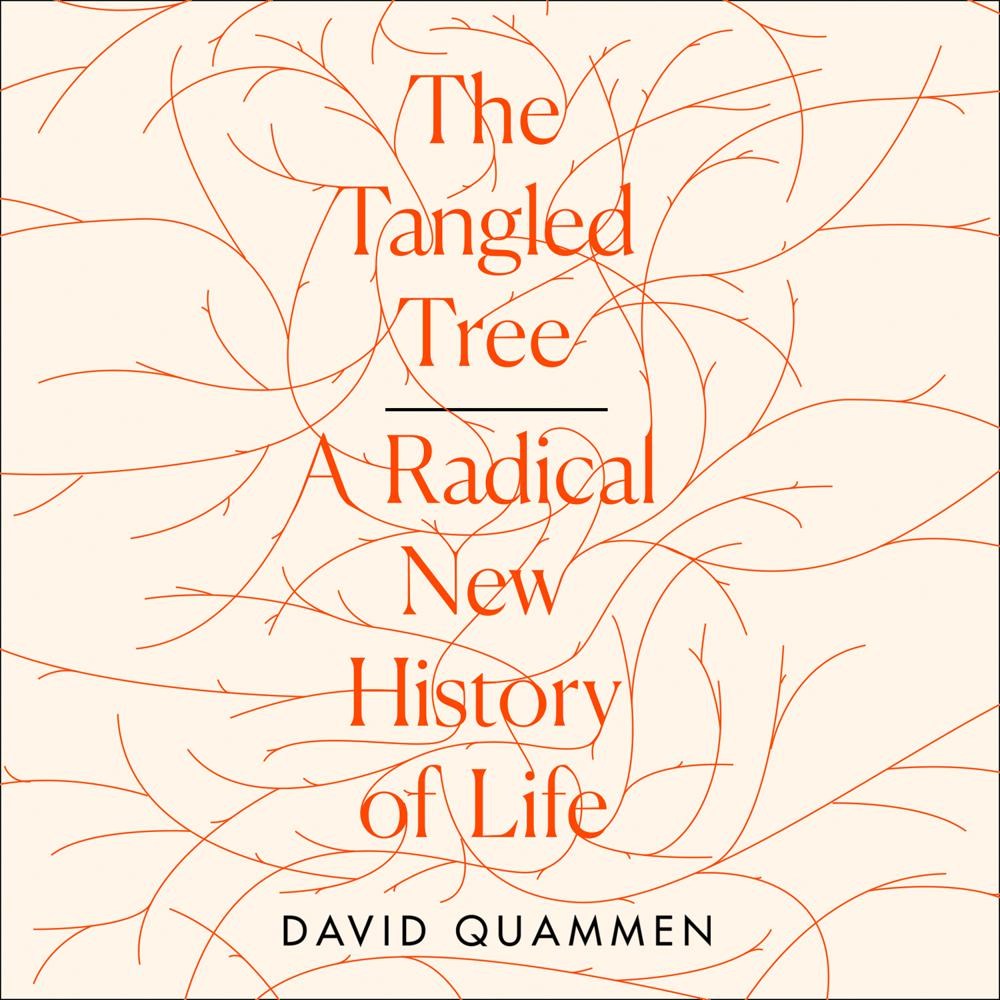 Longlisted for the National Book Award for Nonfiction and A New York Times Notable Book of 2018.

Our understanding of the ‘tree of life’, with powerful implications for human genetics, human health and our own human nature, has recently completely changed.

This book is about a new method of telling the story of life on earth – through molecular phylogenetics. It involves a fairly simple method – the reading of the deep history of life by looking at the variation in protein molecules found in living organisms. For instance, we now know that roughly eight per cent of the human genome arrived not through traditional inheritance from directly ancestral forms, but sideways by viral infection.

In The Tangled Tree, acclaimed science writer David Quammen chronicles these discoveries through the lives of the researchers who made them – such as Carl Woese, the most important little-known biologist of the twentieth century; Lynn Margulis, the notorious maverick whose wild ideas about ‘mosaic’ creatures proved to be true; and Tsutomu Wantanabe, who discovered that the scourge of antibiotic-resistant bacteria is a direct result of horizontal gene transfer, bringing the deep study of genome histories to bear on a global crisis in public health.

Quammen explains how molecular studies of evolution have brought startling recognitions about the tangled tree of life – including where we humans fit into it. Thanks to new technologies, we now have the ability to alter even our genetic composition – through sideways insertions, as nature has long been doing. The Tangled Tree is a brilliant exploration of our transformed understanding of evolution and of life’s history itself.

‘[Quammen] is our greatest living chronicler of the natural world … There are vivacious descriptions on almost every page.’ New York Times

‘In The Tangled Tree, celebrated science writer David Quammen tells perhaps the grandest tale in biology … He presents the science – and the scientists involved – with patience, candour and flair.’ Nature

‘Mr. Quammen is, by trade, neither professional environmentalist nor scientist. He is a writer. And the book he has worked on for 10 years is intelligent, playful and refreshingly free of cant … In Mr. Quammen’s hands, the bad news of species extinction unaccountably uplifts. For it reminds us of nature’s sheer, ornery diversity, and why it needs to be preserved. We share in the excitement of a new scientific discipline aborning. By book’s end, we glean hints of hope that the future may not be entirely bleak … Here is what a book can be’
The New York Times Book Review

‘Quammen is no ordinary writer. He is simply astonishing, one of that rare class of writer gifted with verve, ingenuity, humour, guts, and great heart’ Elle