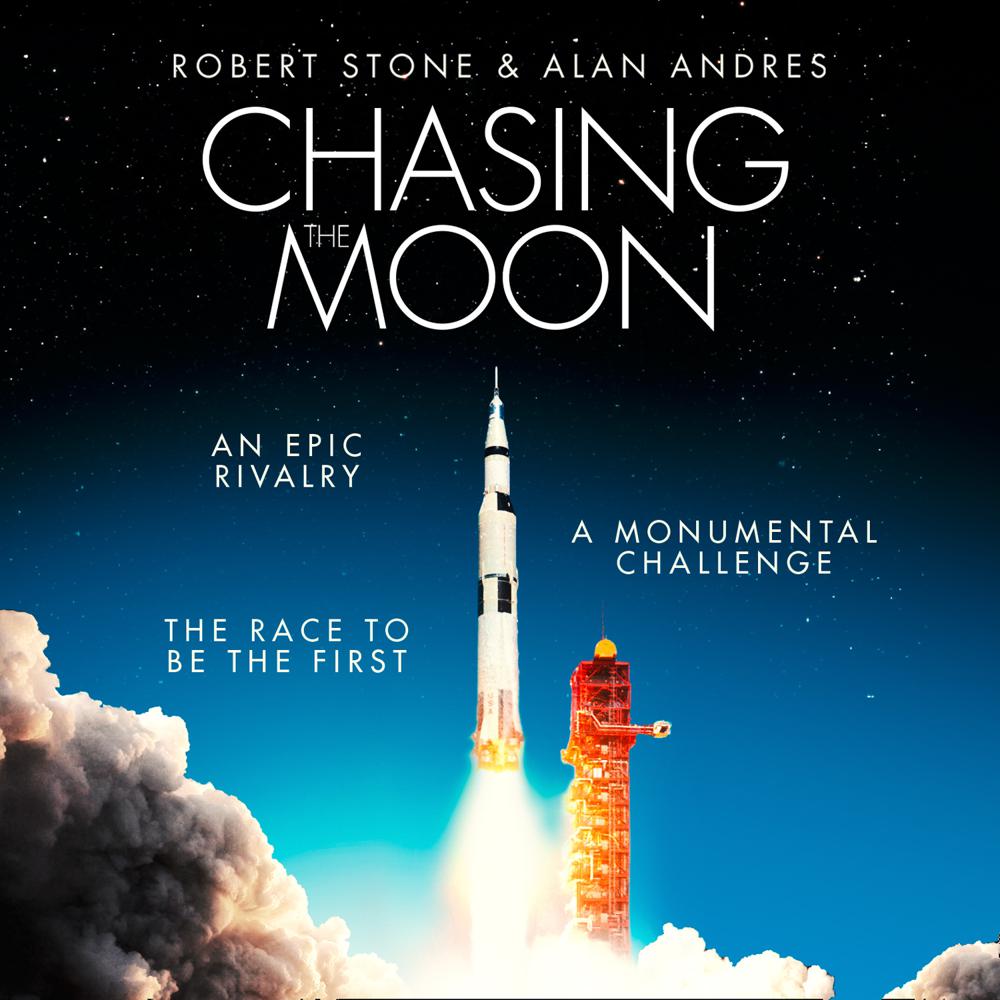 In a world divided by the ideological struggles of the Cold War, the Vietnam War and the Civil Rights Movement, more than one-fifth of the people on the planet paused to watch the live transmission of the Apollo 11 mission. To watch as humanity took a giant leap forward.

A companion book to the landmark documentary series on BBC TV.

The journey from Cape Canaveral to the Moon was a tremendous achievement of human courage and ingenuity. It was also a long, deadly march, haunted by the possibility of catastrophic failure on the world’s stage. In an era when the most advanced portable computer weighed 70 pounds, had a 36-kilobite memory and operated on less power than a 60-watt lightbulb, the sheer audacity of the goal is breath-taking. But the triumph of imagination and the unity of the Earth that day would change the world.

Based on eyewitness accounts and newly discovered archival material, Chasing the Moon reveals the unknown stories of the individuals who made the Moon landing a possibility, from inspirational science fiction writer Arthur C. Clark and controversial engineer Wernher von Braun, to pioneers like mathematician Poppy Northcutt and astronaut Edward Dwight. It vividly revisits the dawn of the Space Age, a heady time of scientific innovation, political calculation, media spectacle, visionary impulses and personal drama.

‘If you think you know all that is important about the Apollo moon landings, you would be wrong. In Chasing the Moon, Robert Stone and Alan Andres offer scintillating stories both great and small.’ Roger D. Launius, former chief historian of NASA

‘[The Moon Landing] was one of the most amazing achievements in human history. And now we have a book worthy of the grand endeavor.’ William Martin, New York Times bestselling author of Cape Cod and Bound for Gold

‘Chasing the Moon tells the story I've lived for most of my life. From my testing of the lunar module on Apollo 9 to my hopes for the future as we celebrate Apollo’s fiftieth anniversary, it’s all there, and told through the personal experiences of the people who lived it. Some of it familiar, some never told before, this is a very human account of a truly historic moment as humankind emerges into the larger cosmos.’ Russell ‘Rusty’ Schweickart, astronaut, Apollo 9

‘A fascinating and enjoyable read … Meticulously researched and definitively detailed, this book is a must-have for anyone who wants to understand why and how Apollo happened.’ James Burke, former BBC-TV science correspondent