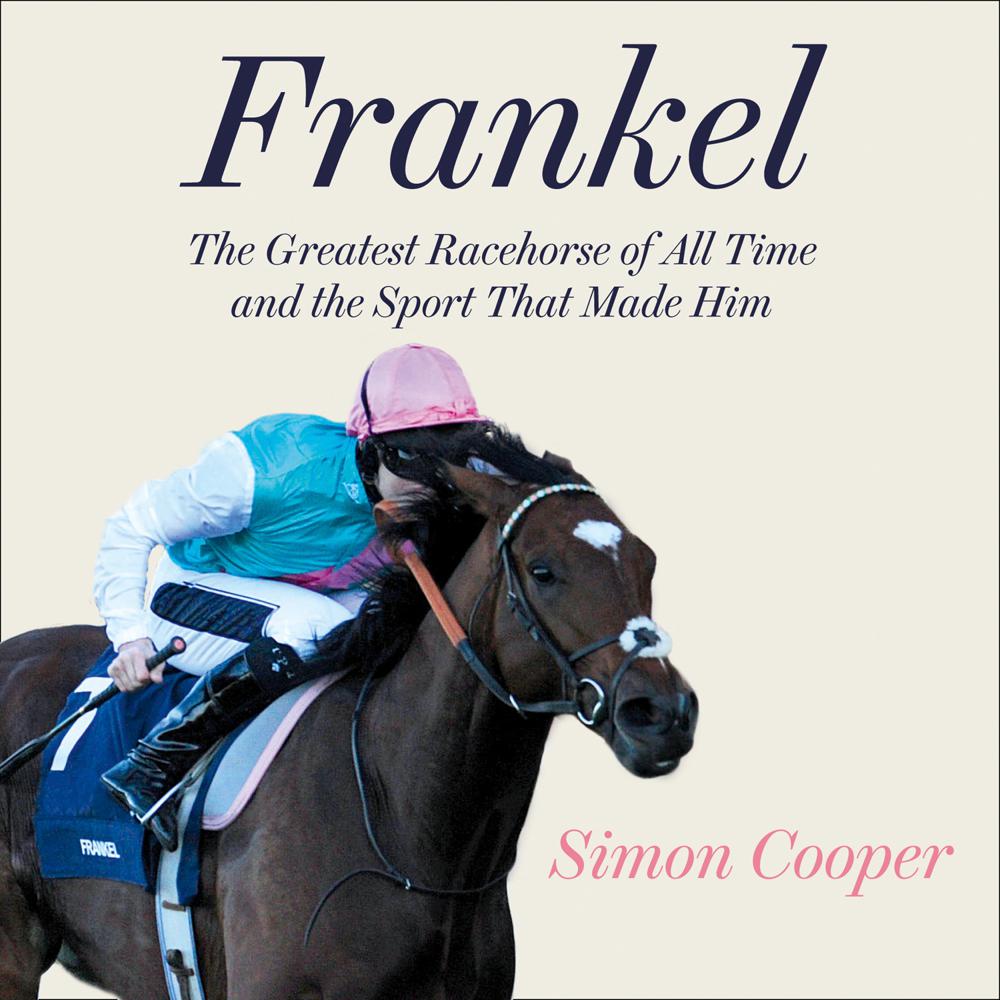 In horse racing greatness is defined by speed. Being the second fastest counts for little. You have to win. And win. And keep winning until every challenger of your generation is put to the sword. Of the twelve horses lined up on Newmarket Heath that 2011 day, one would do just that. And more. To become the greatest racehorse that has ever lived.

Frankel was born on 11 February 2008, with four white socks and a blaze, from impressive equine lines on both his parents’ sides. Simon Cooper revisits the whole of the horse’s life, giving readers an inside tour of the calm oasis that is life a stud farm, where a foal will live with his mother for the first year of his life. Next, the atmosphere of heady possibility that marks the early days of training. Roadwork. Gallops. Trials. Turning raw potential into something more. Frankel begins to set himself apart.

A detailed and fast-paced narrative breathlessly recounts the racing career of the horse who, by his retirement to stud at the age of 4, would be rated the greatest of all time. Cooper weaves the horse’s tale with those of his trainer, battling cancer, the stablehands who coped with his explosive nature, the work rider who tamed him, the the jockey who rode in all fourteen of his races, and the owner who saw his potential from the very beginning. The result is a rich and multifaceted tale of modern horse racing, the lives of everyone involved, human and equine, and the unadulterated glory of winning. And winning everything.

‘An imaginative retelling of the legendary story … Cooper paints a complete picture of Frankel, charting his meteoric rise from the first years of his life through to his glorious send-off when winning the Champion Stakes at Ascot … transporting the reader with his vivid descriptions … While he is undoubtedly the star of the show, this book is about so much more than just Frankel … Thanks to Cooper, and his dedication to colouring the blanks in this famous story, we can now know Frankel a little better too’ Racing Post

‘Well-researched and written with an enthusiast’s brio. Moreover, it is utterly engrossing … Frankel’s story is an extraordinary one and Cooper tells it in an easy, compelling style … [He] takes the reader on an equine pilgrimage, all the more thrilling as the object of veneration is still just 12 years old and standing at stud near Newmarket’ The Field