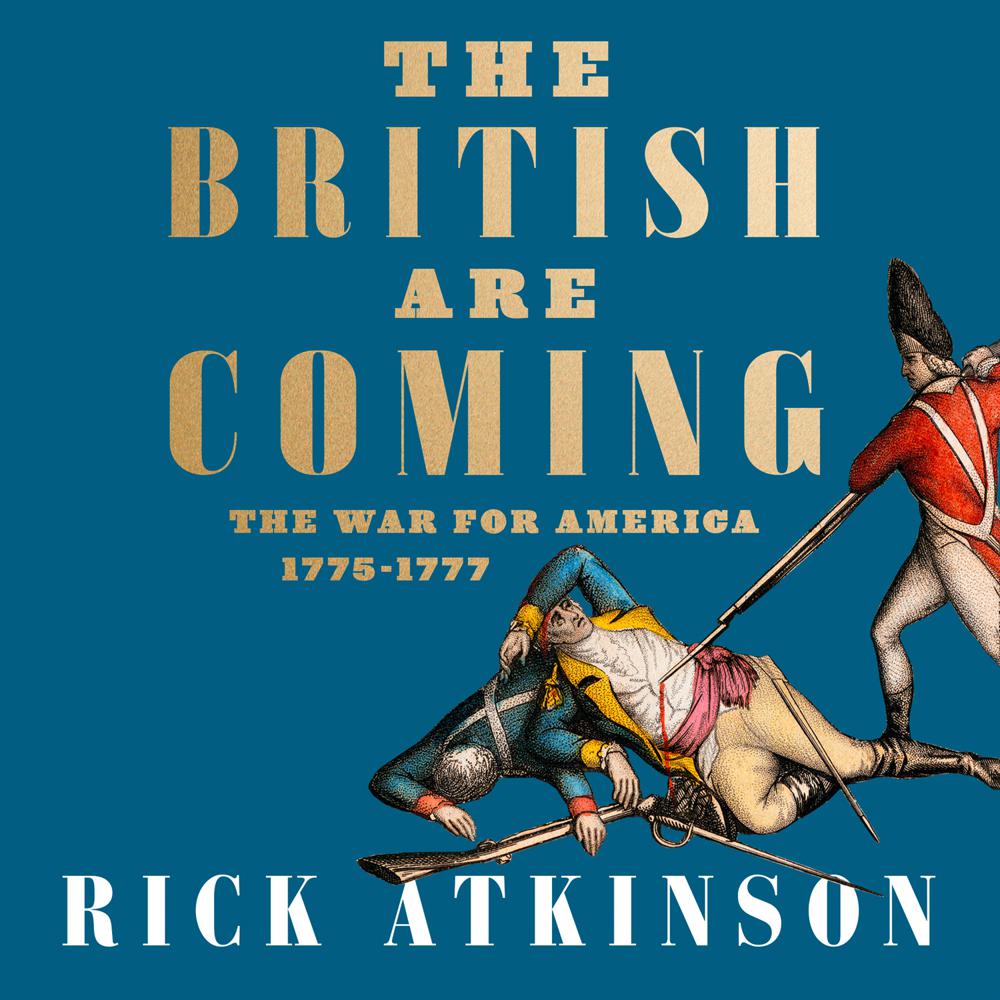 ‘To say that Atkinson can tell a story is like saying Sinatra can sing … A powerful new voice has been added to the dialogue about [America’s] origins as a people and a nation. It is difficult to imagine any reader putting this beguiling book down without a smile and a tear.’ New York Times

In June 1773, King George III attended a grand celebration of his reign over the greatest, richest empire since ancient Rome. Less than two years later, Britain’s bright future turned dark: after a series of provocations, the king’s soldiers took up arms against his rebellious colonies in America. The war would last eight years, and though at least one in ten of the Americans who fought for independence would die for that cause, the prize was valuable beyond measure: freedom from oppression and the creation of a new republic.

Rick Atkinson, author of the Pulitzer Prize–winning An Army at Dawn and two other superb books about the Second World War has long been admired for his unparalleled ability to write deeply researched, stunningly vivid narrative history. In this new book, he tells the story of the first twenty-one months of America’s violent effort to forge a new nation. From the battles at Lexington and Concord in spring 1775 to those at Trenton and Princeton in winter 1776–77, American militiamen and then the ragged Continental Army take on the world’s most formidable fighting force and struggle to avoid annihilation.

It is a gripping saga alive with astonishing characters: Henry Knox, the former bookseller with an uncanny understanding of artillery; Nathanael Greene, the blue-eyed bumpkin who becomes one of America’s greatest battle captains; Benjamin Franklin, the self-made man who proves himself the nation’s wiliest diplomat; George Washington, the commander in chief who learns the difficult art of leadership when the war seems all but lost.

Full of riveting details and untold stories, The British Are Coming is a tale of heroes and knaves, of sacrifice and blunder, of redemption and profound suffering. Rick Atkinson has given stirring new life to the first act of America’s creation drama.

‘Atkinson takes his time, but there's delight in all that detail … Atkinson is a superb researcher, but more importantly a sublime writer. On occasion I reread sentences simply to feast on their elegance … This is volume one of a planned trilogy. Atkinson will be a superb guide through the terrible years of killing ahead.’ The Times

‘A sweeping narrative which captures the spirit and the savagery of the times. Based on exhaustive research on both sides of the Atlantic, Atkinson displays a mastery of the English language as well as military tactics which puts him in a class of his own as a writer.’ Lionel Barber,  Financial Times

‘To say that Atkinson can tell a story is like saying Sinatra can sing … Historians of the American Revolution take note. Atkinson is coming.’ New York Times Book Review

‘Chock full of momentous events and larger-than-life characters. Perfect material for a storyteller as masterly as Mr. Atkinson … On center stage are the battlefields, [which] are documented in stellar prose and 24 exquisite maps … The narrative is the stuff of novels, [but] Mr. Atkinson’s facts are drawn from a wealth of manuscript and printed sources. He quotes aptly and with acumen.’ Wall Street Journal

‘[Atkinson has a] felicity for turning history into literature … The more that Americans are reminded by Atkinson and other supreme practitioners of the historians’ craft that their nation was not made by flimsy people, the less likely it is to be flimsy.’ Washington Post

‘Atkinson … wastes no time reminding us of his considerable narrative talents … His knowledge of military affairs shines in his reading of the sources … For sheer dramatic intensity … all told in a way equally deeply informed about British planning and responses, there are few better places to turn.’ Washington Post