Where Shall We Run To?
Alan Garner, Read by Robert Powell 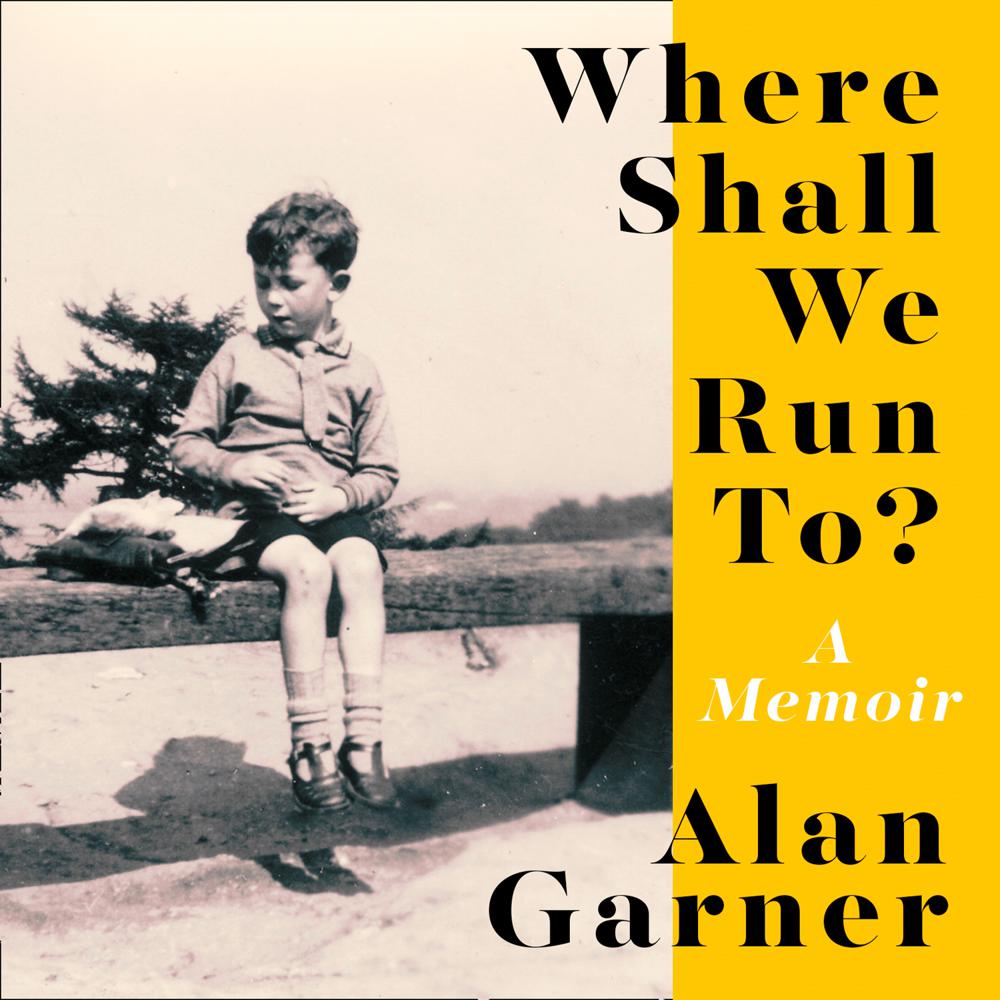 A NEW STATESMAN BOOK OF THE YEAR

From one of our greatest living writers, comes a remarkable memoir of a forgotten England.

'The war went. We sang in the playground, "Bikini lagoon, an atom bomb’s boom, and two big explosions." David’s father came back from Burma and didn’t eat rice. Twiggy taught by reciting “The Pied Piper of Hamelin”, “The Charge of the Light Brigade” and the thirteen times table. Twiggy was fat and short and he shouted, and his neck was as wide as his head. He was a bully, though he didn’t take any notice of me.’

In Where Shall We Run To?, Alan Garner remembers his early childhood in the Cheshire village of Alderley Edge: life at the village school as ‘a sissy and a mardy-arse'; pushing his friend Harold into a clump of nettles to test the truth of dock leaves; his father joining the army to guard the family against Hitler; the coming of the Yanks, with their comics and sweets and chewing gum. From one of our greatest living writers, it is a remarkable and evocative memoir of a vanished England.

Praise for Where Shall We Run To:

‘In old age childhood memories become vivid again and it’s the present that disappears behind a confusion of vivid fragments. In this book, Garner, now old, has faced that pattern and in place of the bewildering, wonky memory of old age, produced something precise and fresh as flowers. He has become – as we’re told we must – as a little child. He’s also produced one of the best things he’s ever written.’ Frank Cotterell-Boyce, New Statesman

‘Its encounters are vivid and immediate, but it is also an examination of class and change in the England of those years.’ Erica Wagner, Financial Times

‘Every street, every house, every carved stone, mysterious well, dark pond and perilously steep cliff-edge is remembered and described, as Garner roams through it, with a succession of companions…. Garner’s detailed recall of so many characters and events is extraordinary’ Sue Gaisford, The Tablet

‘In this slight but charming memoir about his wartime childhood in Alderley Edge, Garner has pulled off the same trick – making the Cheshire landscape feel fresh, while bringing a new perspective to a tried and tested literary form..and Oh, what language’ Ben Lawrence, Sunday Telegraph

‘This is a book very much about reading and writing, about the marks that we use to give life meaning, whether they are a tramp’s chalk-mark on a wall or the comics and Arthur Mee’s The Children’s Encyclopaedia that allow young Alan to get past block capitals and closer to Real Writing. It is also a book written without a single scrap of hindsight, or rationalisation of the past. This, then, is a writer’s memoir’ Brian Morton, Herald