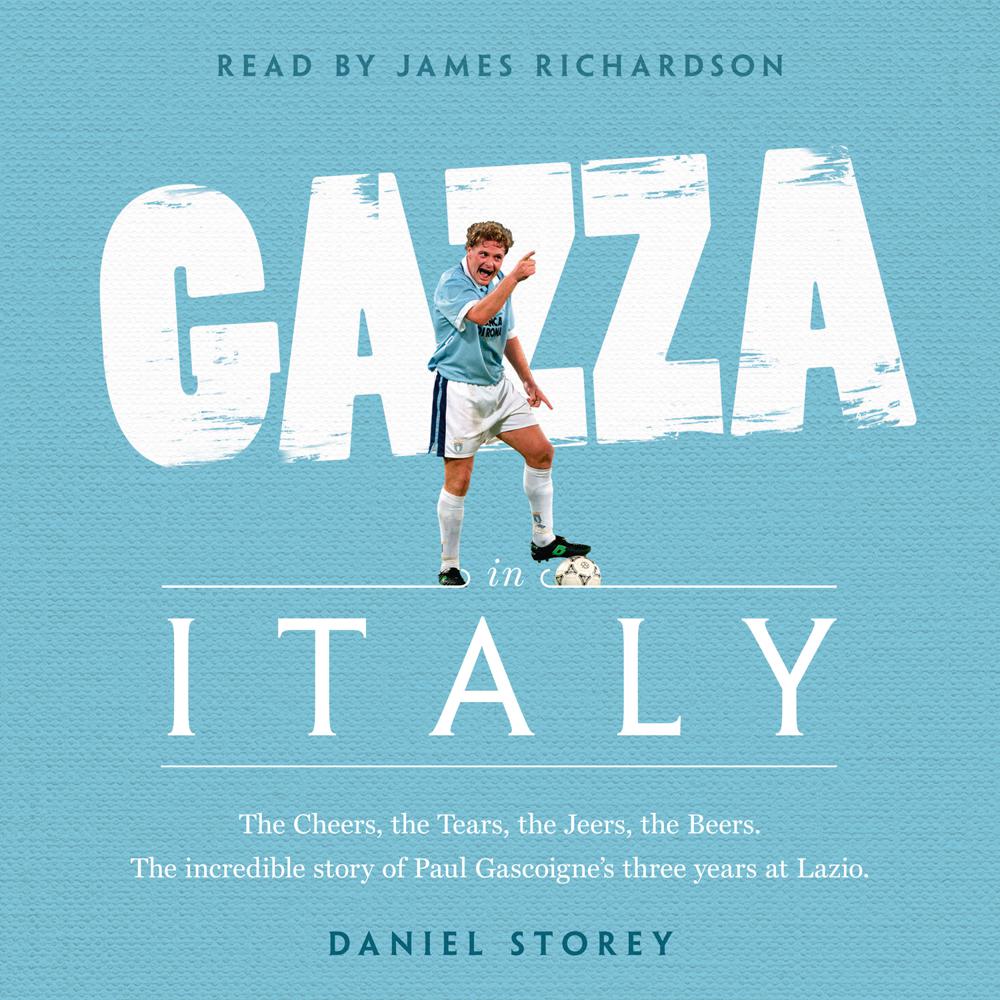 A brilliant, funny and insightful analysis of Paul Gascoigne’s crazy up and downs during his three years at Lazio – a period which shows his entire career in microcosm.

England are on the brink of reaching their first World Cup final in 24 years. Twenty-three-year old Paul Gascoigne has been one of the breakout stars of the tournament. His athleticism, speed of thought and incredible natural gifts have given England fans renewed faith in their perennially underachieving national side.

Then in the 99th minute of a tense semi-final against Germany, Gascoigne lunges into a mistimed tackle. The ref awards him his second yellow card of the tournament, meaning that if England were to win, he would miss the final. Gascoigne turns away, tries to hold it together, but can’t. Floods of tears run down his face. We understand. We feel his pain and anguish. The legend of Gazza is born.

Two years later, after an injury-stricken season at Spurs, he arrives at Lazio for a then record transfer fee. Expectations are sky high; he is welcomed as a footballing Messiah by the Roman fans. But all is not what it seems. There are doubts over his fitness, doubts over how he will adjust to life in Italy, doubts over whether his obvious potential can finally be achieved. The three subsequent years in Italy, shot through with incredible highs and self-inflicted lows, show Gascoigne in all his complexity – an immense natural talent flawed by a too-fragile personality.

In Gazza in Italy, award-winning writer Daniel Storey brilliantly shines a light on an unexamined moment in Gascoigne’s career that encapsulates everything that we have come to associate with this most mercurial of talents: childish joy, public gaffes, wondrous skill and saddening self-destruction. Funny and harrowing in equal measure, this book allows us a better, more rounded understanding of one of our greatest sporting idols, and of a tragically misunderstood human being.