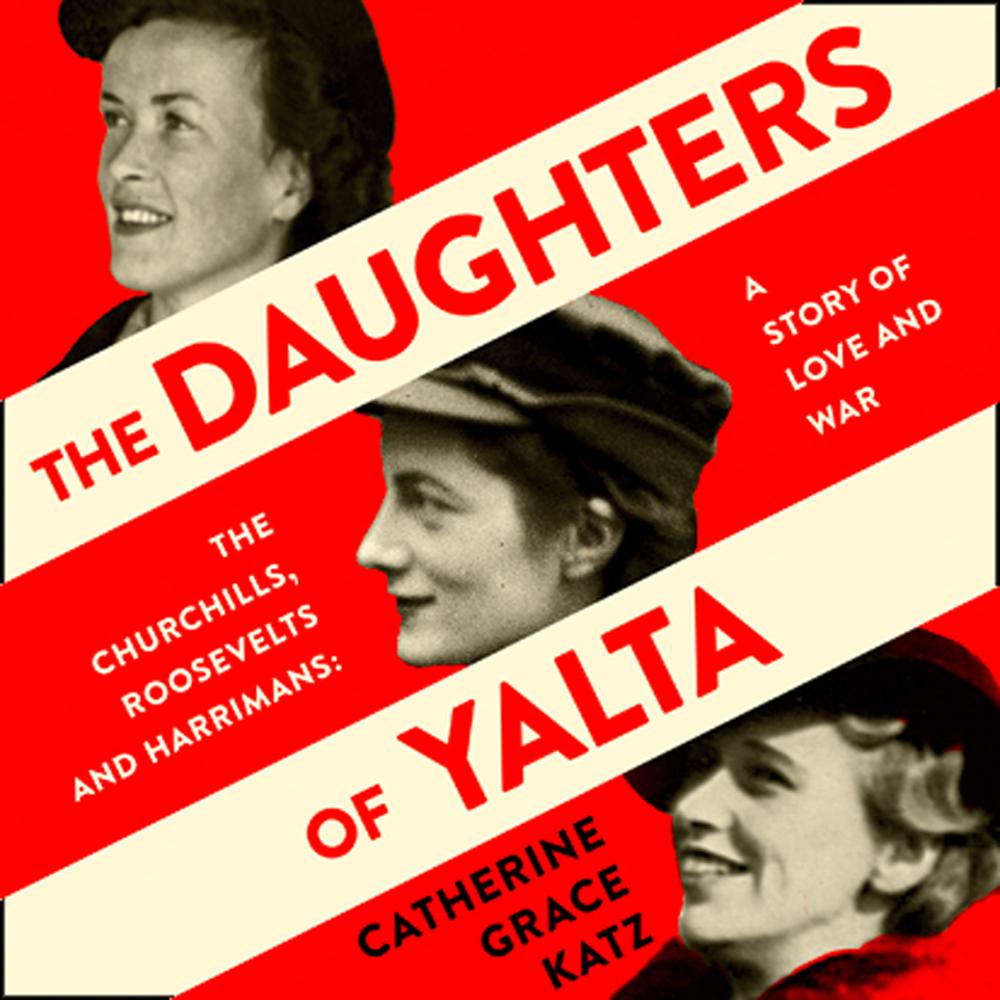 The brilliant untold story of three daughters of diplomacy: Anna Roosevelt, Sarah Churchill, and Kathleen Harriman, glamorous, fascinating young women who accompanied their famous fathers to the Yalta Conference with Stalin in the waning days of World War II.

With victory close at hand, the Yalta conference was held across a tense week in February 1945 as Franklin Roosevelt, Winston Churchill and Joseph Stalin attempted to agree on an end to the war, and to broker post-war peace.

In Daughters of Yalta, Catherine Katz uncovers the dramatic story of the three young women who travelled with their fathers to the Yalta conference, each bound by fierce ambition and intertwined romances that powerfully coloured these crucial days. Kathleen Harriman, twenty-seven, was a champion skier, war correspondent, and daughter to US Ambassador to Russia Averell Harriman. She acted as his translator and arranged much of the conference’s fine detail. Sarah Churchill, an actress-turned-RAF officer, was devoted to her brilliant father, who in turn depended on her astute political mind. FDR’s only daughter, Anna, chosen over Eleanor Roosevelt to accompany the president to Yalta, arrived there as holder of her father’s most damaging secret.

Telling the little-known story of the huge role these women played in a political maelstrom and the shaping of a post-war world, Daughters of Yalta is a remarkable account of behind-the-scenes female achievement, and of fathers and daughters whose relationships were tested and strengthened in their joint effort to shape one of the most precarious periods of recent history.

‘A vivid portrait of one of history’s great international summits through the eyes of three young women, each a daughter of a key participant. We get the inside story, and learn the compelling details that bring history to life’
Erik Larson

‘A stirring account of one momentous week that would unleash fifty years of tyranny for half of Europe and plunge the world into the Cold War … A marvellous and extraordinary work that reveals the human experience of the conference, with all its tragedy, love, betrayal, and even humour’
Julian Fellowes

‘A revelation. It’s a story of World War II, the origins of the Cold War, a key moment in diplomatic history, but above all a coming-of-age tale about three fascinating women in an extraordinary time.’
Jeffrey Toobin

‘Both intimate and sweeping … vividly captures a little known story against the backdrop of a very big one. Meticulously researched and emotionally gripping.’
Amy Pascal

‘Yet more proof that behind every great man is an army of exceptional women. We need their stories told; so three cheers for Catherine Katz’
Amanda Foreman

‘Making superb use of unpublished diaries and letters, Katz demonstrates how illness, clandestine romance and fraying political relationships ran alongside the tortured negotiations that would shape the post-conflict world … The women’s keyhole perspective of these momentous negotiations humanises the Yalta summit as never before, shedding new insight on the minute-by-minute tensions of international diplomacy at a time when the future of millions depended on the outcome’
Spectator

‘The research is impressive … It is a riveting read and the detail is fascinating … Oh, to have been a fly on the wall’
Anne de Courcy, Daily Telegraph