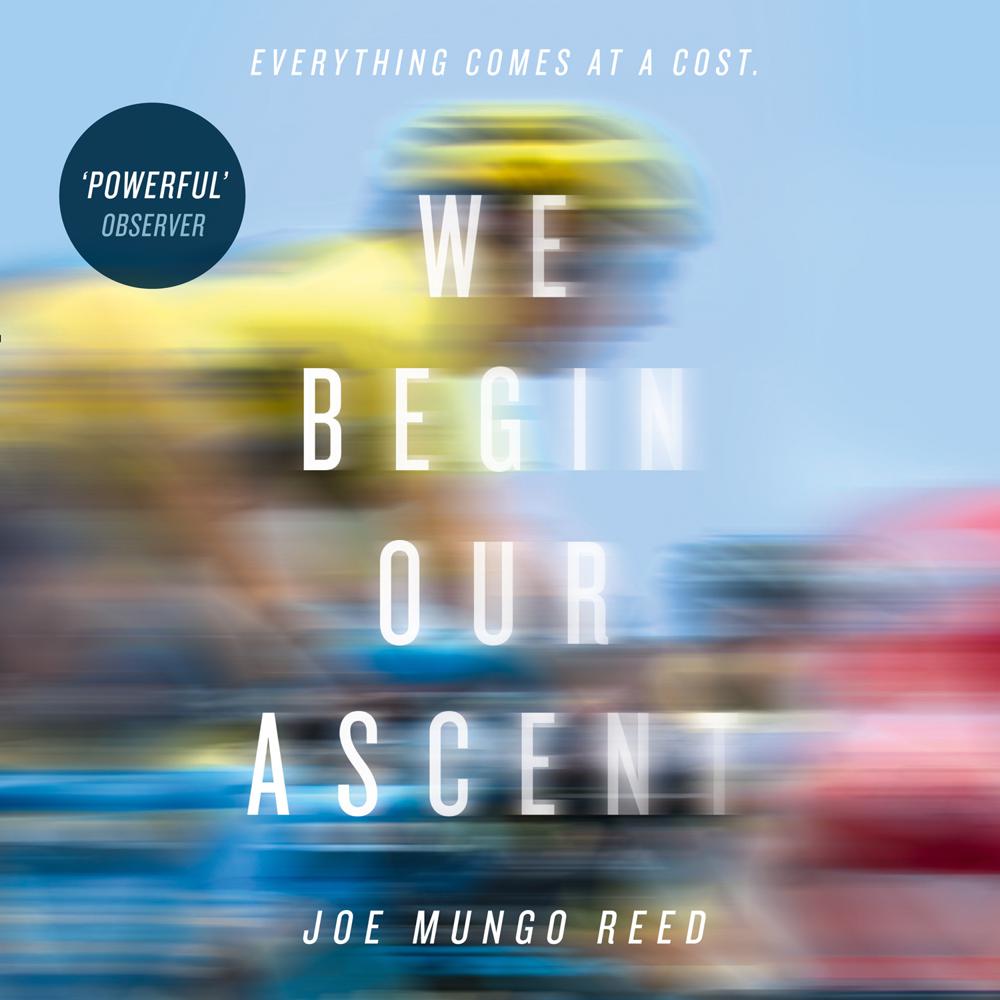 ‘A dazzling debut by an exciting and essential new talent’ George Saunders, Man Booker Prize winning author of Lincoln in the Bardo

For Sol and Liz, competition is everything. On the road or in the lab, it’s all on the line.

As a young professional cyclist in the Tour de France and a geneticist on the brink of a major discovery, success looks within reach for them both – if only they can reach out and grab it.

But everything comes at a cost, whether that’s starting a family or doping to keep up with the team, and soon the worlds of drugs, cycling and family will collide, and they will be forced to decide whether the price of accomplishment is something they can afford.

In this powerful, gripping and blackly comic debut, this young couple must ask themselves: what is it we’re striving for? And what is it worth?

‘A dazzling debut by an exciting and essential new talent: fast, harrowing, compelling, masterfully structured, genuinely moving. Reed is a true stylist and has, like James Salter before him, a gift for making a physical world that is very naturally imbued with rich metaphorical meaning. This novel is a heartening reminder of what happens when a keen intelligence is applied to a rarefied subject’ George Saunders, Man Booker Prize winning author of Lincoln in the Bardo

‘This novel derives its power from its limited focus and direct language. There are no word-glutted sentences. Reed [gives us] strong silk thread, absent pearls’ New York Times

‘Strong, lean, compact … Reed captures the rigors of competition as well as the complexities of competitive spirit … exciting’ Publishers Weekly

‘As meditative as it is thrilling’ Vanity Fair

‘An exceptional debut … Fast and smart, funny and sad, this is an outstanding sports novel, and Reed is an author to watch’ Kirkus Reviews (Starred Review)

‘Joe Mungo Reed’s unforgettable debut novel, We Begin Our Ascent, introduces us to a powerful new literary voice—as riveting as DeLillo’s or Morrison’s. On the surface, this is a book about doping in the Tour de France, but it’s really about marriage and masculinity, competition and loyalty, and a sense of aspiration that blooms a person open and simultaneously shuts him tight as a clamshell. I read it cover to cover in a gulp. Bravo!’
Mary Karr, author of The Art of Memoir and The Liars’ Club

‘A fascinating, darkly funny look at doping in professional cycling. … As the team’s problems go from bad to worse to disastrous, Reed’s wryly profound narrator uncovers insights into groupthink, dependency, and the dangers of mixing personal and professional lives’ Booklist