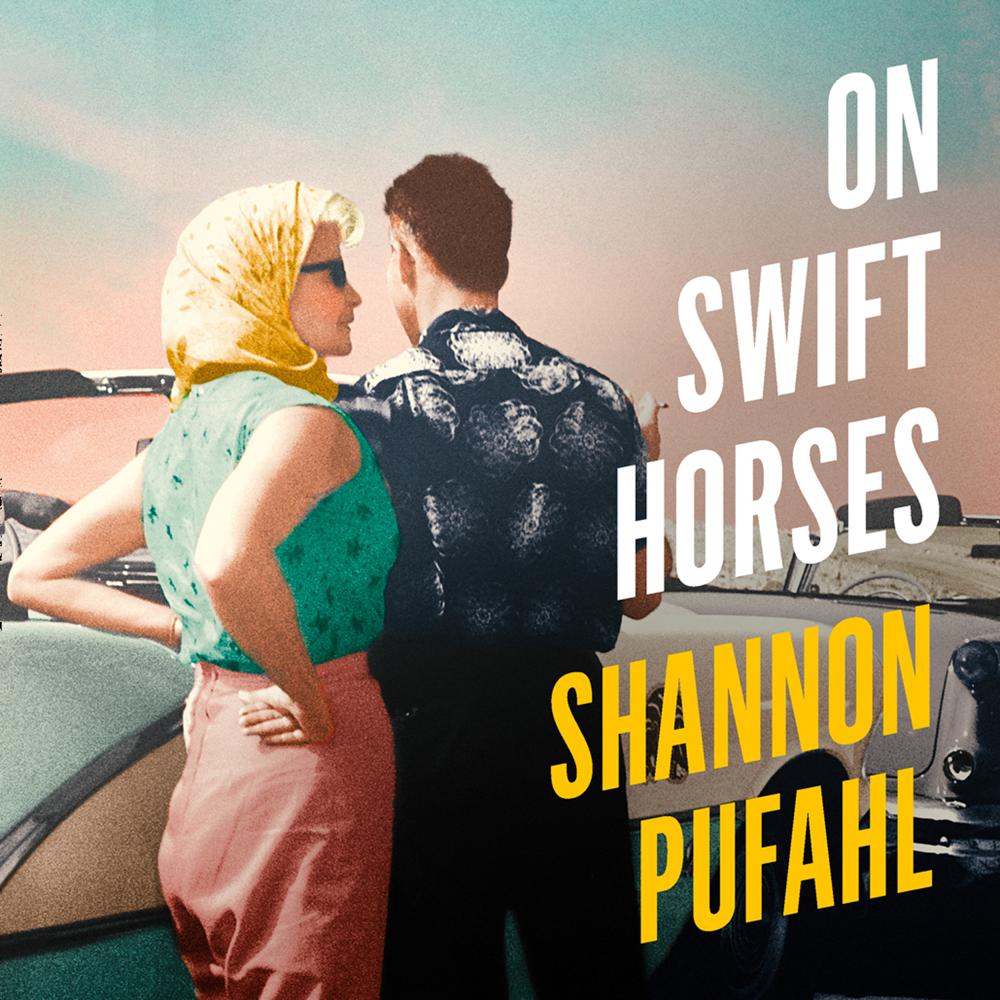 Set in 1950’s America at a time when people stopped looking west and started looking up: a breathtakingly beautiful debut novel of revolution, chance and the gambles we take with the human heart.

Muriel, newly married and newly orphaned, works as a waitress in a San Diego diner. As she pours coffee and empties ashtrays, she eavesdrops on her customers, the ex-jockeys and trainers of the Del Mar racetrack.

When she begins, secretly, to bet on the horses and, shockingly, to win, she feels strangely unready to share her good luck and its origins with her husband Lee.

Instead it is Lee’s brother, Julius, a thief and Korean War veteran – and someone she has only met once – whom she longs to tell, and who has struck a spark of promise and possibility inside her quietly ordered life.

Julius has found himself in Las Vegas, where his gift for gambling leads him to a job patrolling the boards above the casino tables, watching through the cigarette smoke for chancers and cheats.  There he meets Henry, a blackjack artist and a man who shares Julius’s passions, and his secrets. As tourists gather on roof tops to watch atomic clouds bloom in the desert, Henry and Julius's love burns in the shadows – until one night Henry is forced to flee.

Through the parks and plazas of Tijuana and the bars and beaches of San Diego, On Swift Horses mesmerisingly charts the journeys of Muriel and Julius on their separate quests for freedom, new horizons and love.

‘Imagine a cross between Revolutionary Road and Battleborn (with a little bit of Brokeback Mountain thrown in) and you might end up with something akin to Pufahl's debut, a rich and rugged suburban western about dreams deferred and living defiantly’ Oprah Magazine

‘On Swift Horses is a marvel, a beautifully written novel that traces its raw, guarded characters from California to Las Vegas to Mexico with grace and inevitability. Shannon Pufahl’s mid century West is dead-on right, as recognisable as a box of old photos and yet completely original in voice and scope’ Jess Walter, author of Beautiful Ruins

‘Once in a rare while you come across a novel of such transfixing beauty that it enlarges your faith in the medium itself. On Swift Horses is, for me, one of those books. As an exploration of life lived in the outer distances of plain sight, it is suffused with hazard and touched by grace, furnished with the longevity of a postwar classic and the immediacy of the present tense. It is, simply put, a masterpiece’ Anthony Marra, author of A Constellation of Vital Phenomena

‘Pufahl limns the borders of the prodigal and the moral, and there – among the seedy hotels, the off-duty sailors, the noise and dust of the horse races, in Tijuana and in Vegas – she finds new forms of fidelity and care. Read this book for the adventure, for the keening lyricism of the lost and searching, but mostly read this book because no one writes like Shannon Pufahl. Her voice is muscular, awesome and pure. This book knocked me flat on my back’ Justin Torres, author of We the Animals