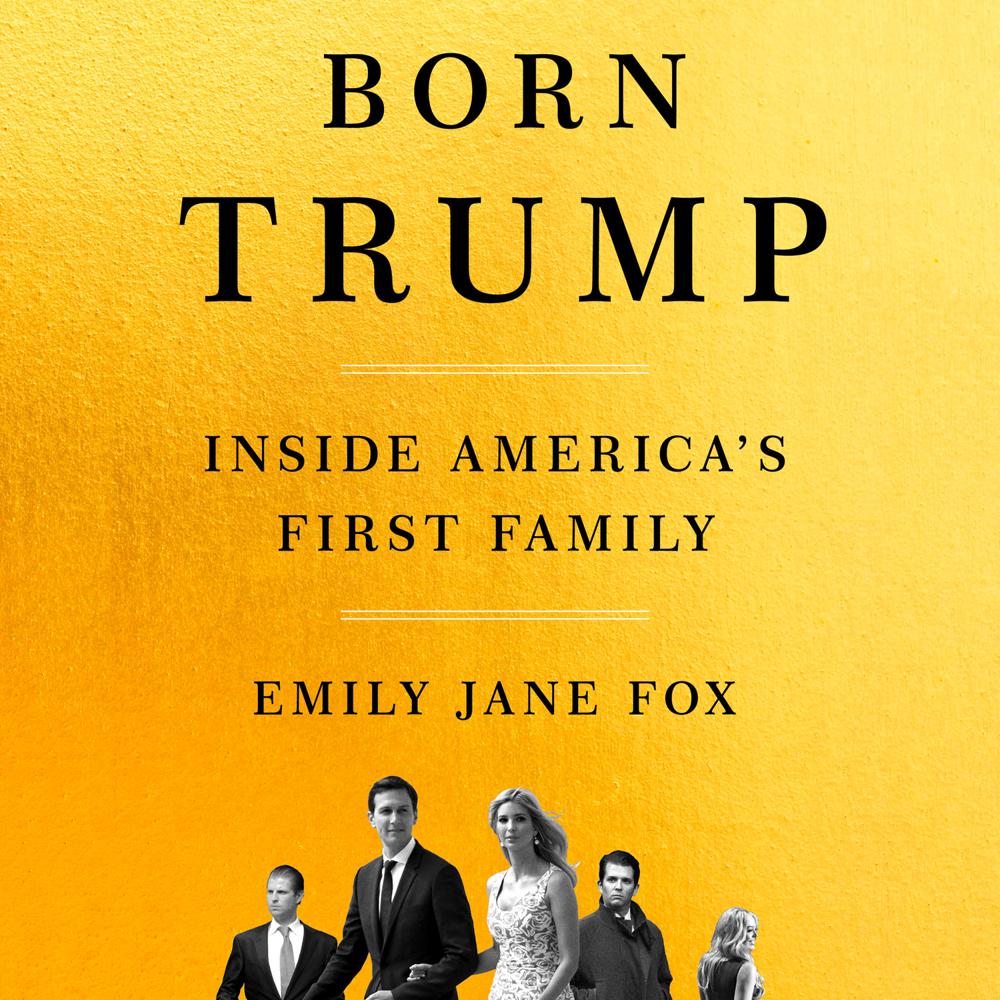 As a writer at Vanity Fair covering the Trump family, Emily Jane Fox has spent the last year doing a deep dive into the lives of the President’s children. Born Trump is the explosive narrative of her findings as an insider within the most influential family in America.

Journalist Emily Jane Fox has developed a personal relationship with Ivanka and has cultivated sources close to Eric, Donald Jr., and Tiffany. She has scoured their Instagram accounts, combed through all their public speeches, spoken to their childhood friends, college acquaintances, business associates, close advisors, and campaign operatives. She’s become the foremost expert on the Trump kids and, now, in this exclusive account, Fox chronicles the experiences of the Trump children, individuals who possess more control than any other First Children in the history of the presidency.

Wonderfully gossipy, Born Trump examines what shaped the Trump children into who they are – a shared familial history that will inevitably form American history in the coming years. Born Trump explores what it was like to grow up Trump and what this reveals about living in Trump’s America, in turn painting an intimate portrait of the 45th President of the United States from the perspective of his most inner circle. Given their father’s need to be in the spotlight, his bellicose and litigious nature, and how often his personal life played out in public, it seems astonishing that his children remain so close to him. And yet this is part of the Trump ethos – like royalty, they stand together, encased not in palaces, but in Trump Tower.

Fox looks at the childhood privileges and traumas, the individual adolescences and early adulthoods that have been lightly chronicled in the tabloids but never detailed thoughtfully or in depth, the family business that brought them back together and the dynamics therein, the campaign that tested the family in ways the children could not have imagined, and now, the wide-open slate in front of them in Washington, D.C.
Full of surprising insights and previously untold stories, Born Trump will quench the ever-increasing desire for a greater understanding of who these people are, how they were raised, and what makes them tick.

‘High-level gossip of a kind, but a well-sourced, train wreck-fascinating look at the makings of Clan Trump, “so uniquely suited for the second decade of the twenty-first century and its fame-obsessed, money-hungry, voracious twenty-four-hour cycle of a culture.”’ Kirkus

‘Full of telling details about the family, from grim to grimmer to grimmest.’ Craig Brown, Daily Mail

‘In this brisk, highly entertaining volume, Fox, a senior reporter for Vanity Fair and an MSNBC contributor, sets out to deliver a “dish-y” yet “well-reported” portrait of the Trump family drawn from decades of tabloid headlines and hundreds of interviews with friends, classmates, colleagues, and business associates… This group biography is well-written… and rich in gossipy detail.’ Publishers Weekly