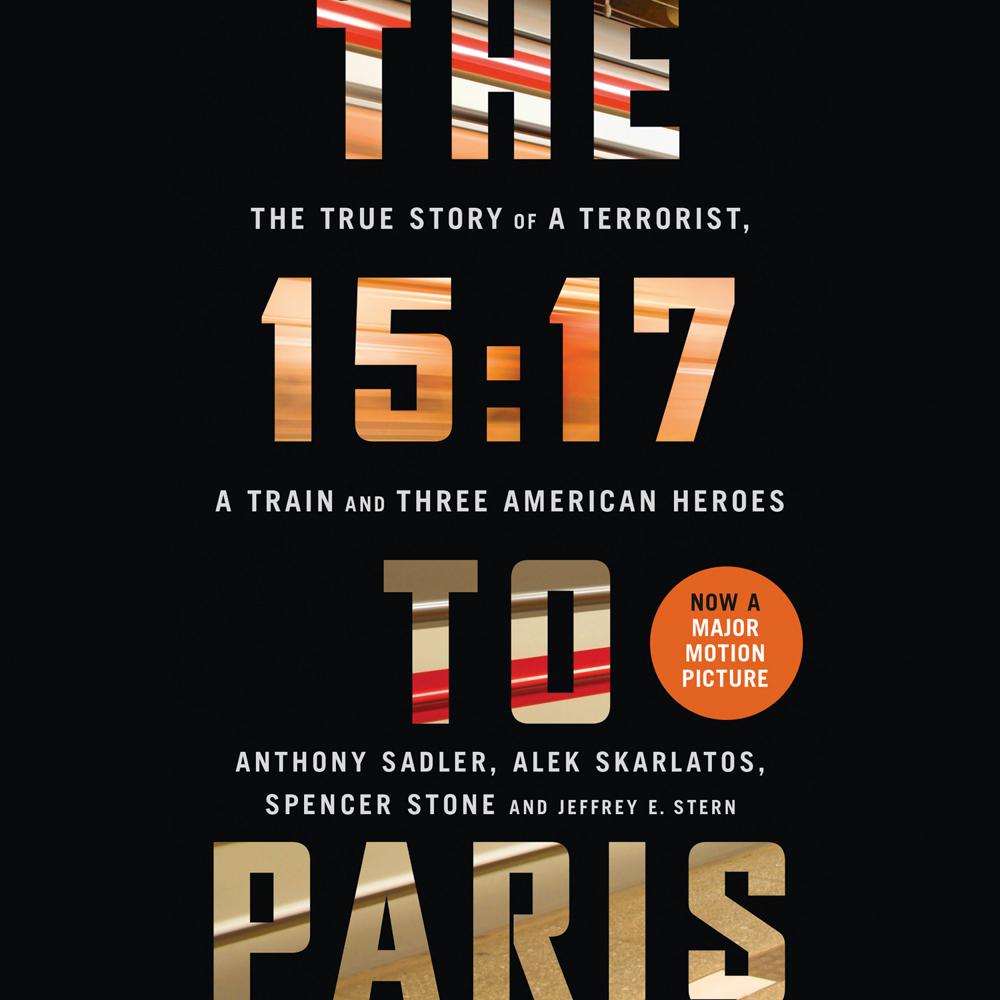 The 15:17 to Paris is an amazing true story of friendship and bravery, of near terrorist attack averted by three young men who found the heroic unity and strength inside themselves at the moment when they, and 500 other innocent travellers, needed it most.

An ISIS terrorist planned to kill more than 500 people. He would have succeeded except for three American friends who refused to give in to fear.

On August 21, 2015, Ayoub El-Khazzani boarded train #9364 in Brussels, bound for Paris. There could be no doubt about his mission: he had an AK-47, a pistol, a box cutter, and enough ammunition to obliterate every passenger on board. Slipping into the bathroom in secret, he armed his weapons. Another major ISIS attack was about to begin.

Khazzani wasn't expecting Anthony Sadler, Alek Skarlatos, and Spencer Stone. Stone was a martial arts enthusiast and airman first class in the US Air Force, Skarlatos was a member of the Oregon National Guard, and all three were fearless. But their decision, to charge the gunman, then overpower him even as he turned first his gun, then his knife, on Stone, depended on a lifetime of loyalty, support, and faith. Their friendship was forged as they came of age together in California: going to church, playing paintball, teaching each other to swear, and sticking together when they got in trouble at school. Years later, that friendship would give all of them the courage to stand in the path of one of the world's deadliest terrorist organizations.

The 15:17 to Paris is an amazing true story of friendship and bravery, of near tragedy averted by three young men who found the heroic unity and strength inside themselves at the moment when they, and 500 other innocent travellers, needed it most.

[Anthony Sadler, Alek Skarlatos, and Spencer Stone] demonstrated remarkable bravery and acted without regard for their own safety in order to subdue a heavily armed individual who appeared intent on causing mass casualties. . . . [T]heir heroic actions may have prevented a far worse tragedy. President Barack Obama

‘Faced with the evil called terrorism there is a good, that is humanity’ – FRANCOIS HOLLANDE

[A] nuanced portrait…[the] up-close moments, flashbacks throughout the chronological memoir, make for a compelling ride…into the minds of our three heroes, all in their early 20s, and the chain of events that put them in position to stop what could have become one of the West's deadliest terrorist attacks…- Washington Post