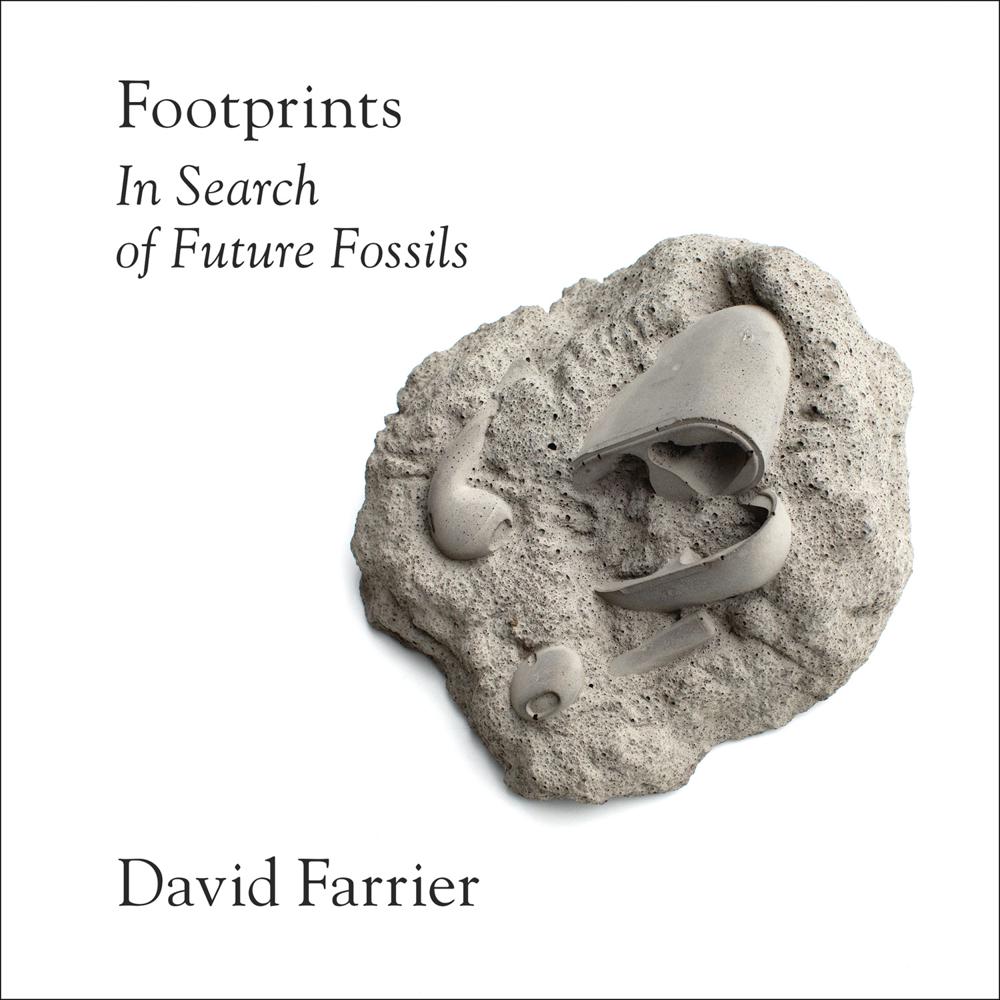 A profound meditation on climate change and the Anthropocene and an urgent search for the fossils—industrial, chemical, geological—that humans are leaving behind

What will the world look like ten thousand or ten million years from now?

In Footprints, David Farrier explores what traces we will leave for the very deep future. From long-lived materials like plastic and nuclear waste, to the 50 million kilometres of roads spanning the planet, in modern times we have created numerous objects and landscapes with the potential to endure through deep time. Our carbon could linger in the atmosphere for 100,000 years, and the remains of our cities will still exist millions of years from now as a layer in the rock. These future fossils have the potential to tell remarkable stories about how we lived in the twenty-first century.

Through literature, art, and science, Footprints invites us to think about how we will be remembered in the myths, stories, and languages of our distant descendants. Travelling from the Baltic Sea to the Great Barrier Reef, and from an ice core laboratory in Tasmania to Shanghai, one of the world’s biggest cities, David Farrier tells a story of a world that is changing rapidly, and with long-term consequences. Footprints will not only alter how you think about the future, it will change how you see the world today.

‘What do we owe to the world that comes after us? In this superbly researched and imagined book, David Farrier invites us to expand our sense of deep time to include the deep future’ Caspar Henderson, author of A New Map of Wonders

‘Footprints bears witness to the hastening catastrophe of the Anthropocene, illustrating not just the permanence of the traces humans leave behind, but also the impermanence of the human. Profound, urgent, transformative, it is a remarkable book.’ James Bradley, author of Ghost Species

‘Mr Farrier’s prose glitters … As Mr Farrier notes, even if pollution and consumption ceased tomorrow, their effects would take millennia to unwind. Human life is etched into the fossil record for aeons to come. “The challenge is to learn…to examine our present by the eerie light cast by the onrushing future.” His subtle, elegant book rises to that challenge’ Economist

‘It is an oddly hopeful exploration of deep time and a world doing just fine without us.’ New Scientist

‘Farrier races through the past and makes brief stops in the present before soaring into the deep future, all the while exploring our capacity as human beings to leave traces behind us … It echoes many of the concerns of nature writers such as Kathleen Jamie, Katharine Norbury and Robert Macfarlane, but from a different coign of vantage. Farrier is less nature writer an more ‘smart thinker’ … At its best, there are moments when the eye of the poet and the analyst come together in memorable flight’ Literary Review

‘All decent people want to be remembered well. In the ancient world, moral life was often seen as the effort to be a good ancestor. If that’s how you see things, David Farrier’s brilliant, plangent book will leave you gasping with shame. Our grandchildren (if any survive) will look back on us with contempt’ The Oldie, Charles Foster