It All Adds Up
Mickael Launay, Translated by Stephen S. Wilson, Read by Oliver Hembrough 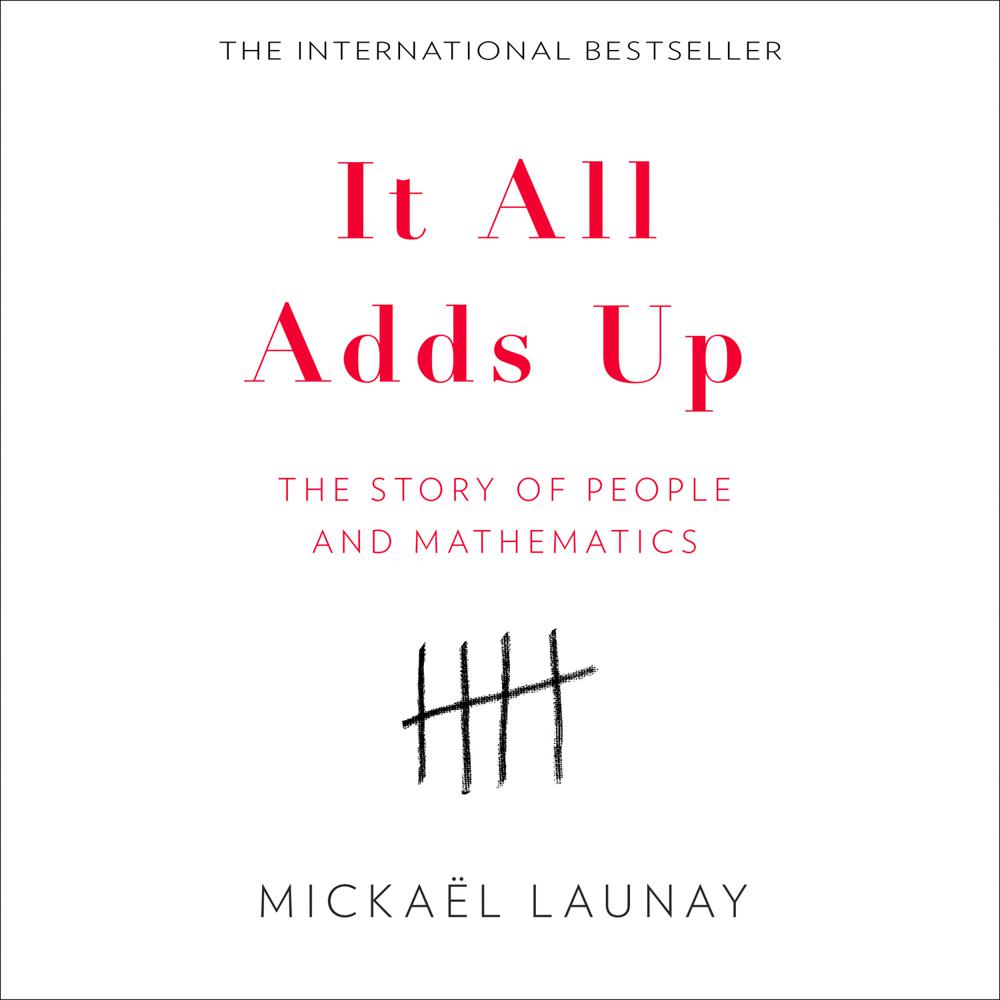 From Aristotle to Ada Lovelace: a brief history of the mathematical ideas that have forever changed the world and the everyday people and pioneers behind them. The story of our best invention yet.

From our ability to calculate the passing of time to the algorithms that control computers and much else in our lives, numbers are everywhere. They are so indispensable that we forget how fundamental they are to our way of life.

In this international bestseller, Mickaël Launay mixes history and anecdotes from around the world to reveal how mathematics became pivotal to the story of humankind. It is a journey into numbers with Launay as a guide. In museums, monuments or train stations, he uses the objects around us to explain what art can reveal about geometry, how Babylonian scholars developed one of the first complex written languages, and how ‘Arabic’ numbers were adopted from India. It All Adds Up also tells the story of how mapping the trajectory of an eclipse has helped to trace the precise day of one of the oldest battles in history, how the course of the modern-day Greenwich Meridian was established, and why negative numbers were accepted just last century.

This book is a vital compendium of the great men and women of mathematics from Aristotle to Ada Lovelace, which demonstrates how mathematics shaped the written word and the world. With clarity, passion and wisdom, the author unveils the unexpected and at times serendipitous ways in which big mathematical ideas were created. Supporting the belief that – just like music or literature – maths should be accessible to everyone, Launay will inspire a new fondness for the numbers that surround us and the rich stories they contain.

‘I found Mickaël Launay’s fascinating book so enlightening that suddenly maths doesn't seem nearly as fearsome as it once did. Maybe It All Adds Up should, for me at least, have been re-titled “It All Makes Sense. At Last.”’ Simon Winchester

‘An enjoyable and timely tour around the mathematics of everyday life, past and present. Mickaël Launay ably demonstrates his thesis that "you only have to change how you look at the world" to find numbers and patterns in the most unlikely places. And he extends a welcoming and sympathetic hand to those who would like to like mathematics but don't know how.’ Benjamin Wardhaugh, author of ‘How to Read Historical Mathematics’ and ‘Gunpowder and Geometry’.

'It's difficult to carry on saying you do not like mathematics, [Mickael Launay] is so good at making this subject – which is so nightmarish for many students – captivating … The teacher you always dreamt of having' Le Monde