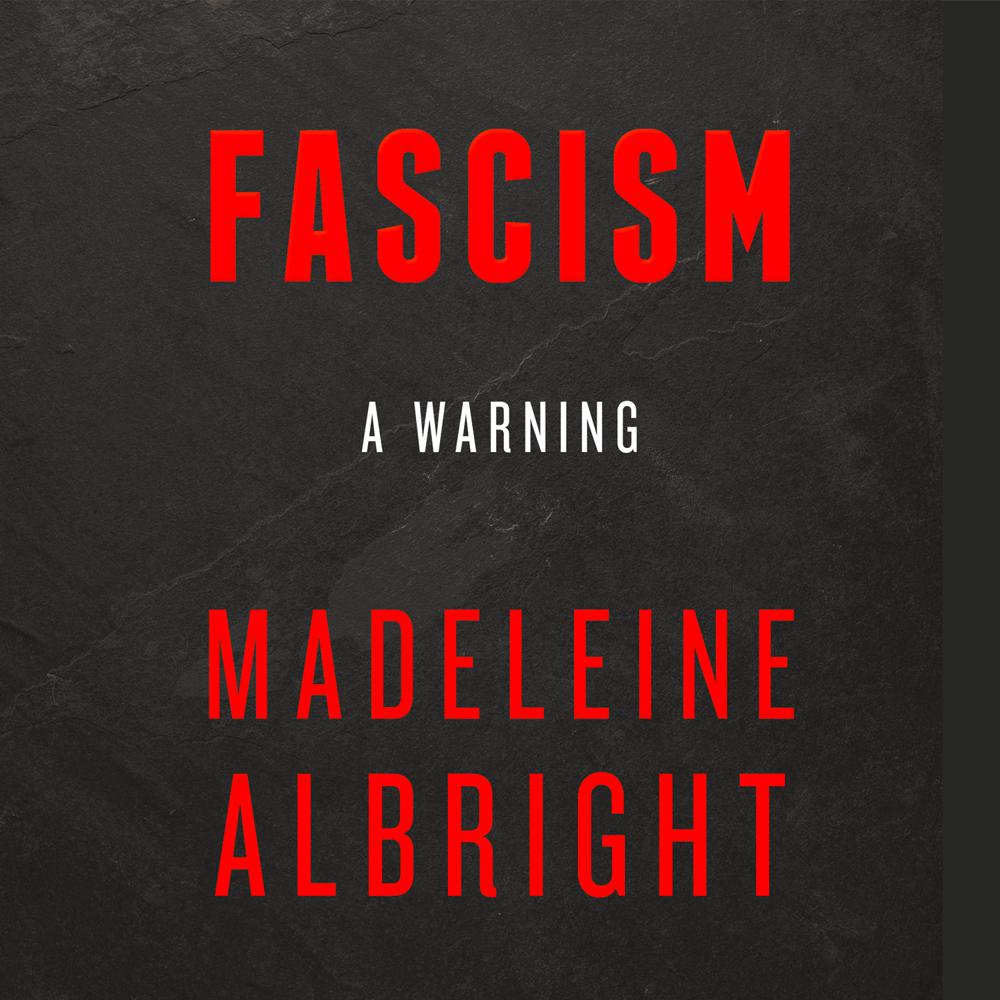 A personal and urgent examination of Fascism in the twentieth century and how its legacy shapes today’s world, written by one of America’s most admired public servants, the first woman to serve as U.S. secretary of state.

“There is priceless wisdom on every page.” Kirkus Starred review

A Fascist, observes Madeleine Albright, ‘is someone who claims to speak for a whole nation or group, is utterly unconcerned with the rights of others, and is willing to use violence and whatever other means are necessary to achieve the goals he or she might have.’

The twentieth century was defined by the clash between democracy and Fascism, a struggle that created uncertainty about the survival of human freedom and left millions of innocent people dead. Given the horrors of that experience, one might expect the world to reject the spiritual successors to Hitler and Mussolini should they arise in our era. In Fascism: A Warning, Madeleine Albright, draws on her own experiences as a child in war-torn Europe and her distinguished career as a diplomat to question that very assumption.

Fascism, as Albright shows, not only endured through the course of the twentieth century, but now presents a more virulent threat to international peace and justice than at any time since the end of World War II. The momentum toward democracy that swept the world when the Berlin Wall fell has gone into reverse. The United States, which has historically championed the free world, is led by a president who exacerbates popular divisions and heaps scorn on democratic institutions. In many countries, economic, technological and cultural factors are weakening the political centre and empowering the extremes of right and left. Contemporary leaders such as Vladimir Putin and Kim Jong-un are employing many of the same tactics used by Fascists in the 1920s and 30s.

Fascism: A Warning is a book for our times that is relevant to all times. Written with wisdom by someone who has not only studied history but helped to shape it, this call to arms teaches us the lessons we must understand and the questions we must answer if we are to save ourselves from repeating the tragic errors of the past.

‘Cooly analyses the way countries can descend into tyranny’ Economist, Book of the Year

‘If Mrs Albright’s learning is to be expected, her way with words is a happy surprise, as is her wisdom about human nature. Free of geopolitical jargon, her deceptively simple prose is sprinkled with shrewd observations about the emotions that underpin bad or wicked political decisions … Bookshops are full of expert guides to spotting a country’s slide into autocracy … This book is broader … She has professorial fun describing despotic tactics with modern-day echoes … Dismissive of hyperbole, the former secretary of state is still nervy about Donald Trump’ Economist

‘Having fled both Hitler’s Germany and Czechoslovakia’s Communist uprising as a child, Albright’s acquaintance with fascism is practically a part of her DNA. With America’s global standing now downgraded from “full democracy” to “flawed democracy” by the Economist Intelligence Unit, this is no time for complacency. Albright outlines the warning signs of fascism and offers concrete actions for restoring America’s values and reputation. There is priceless wisdom on every page’ Kirkus Starred review