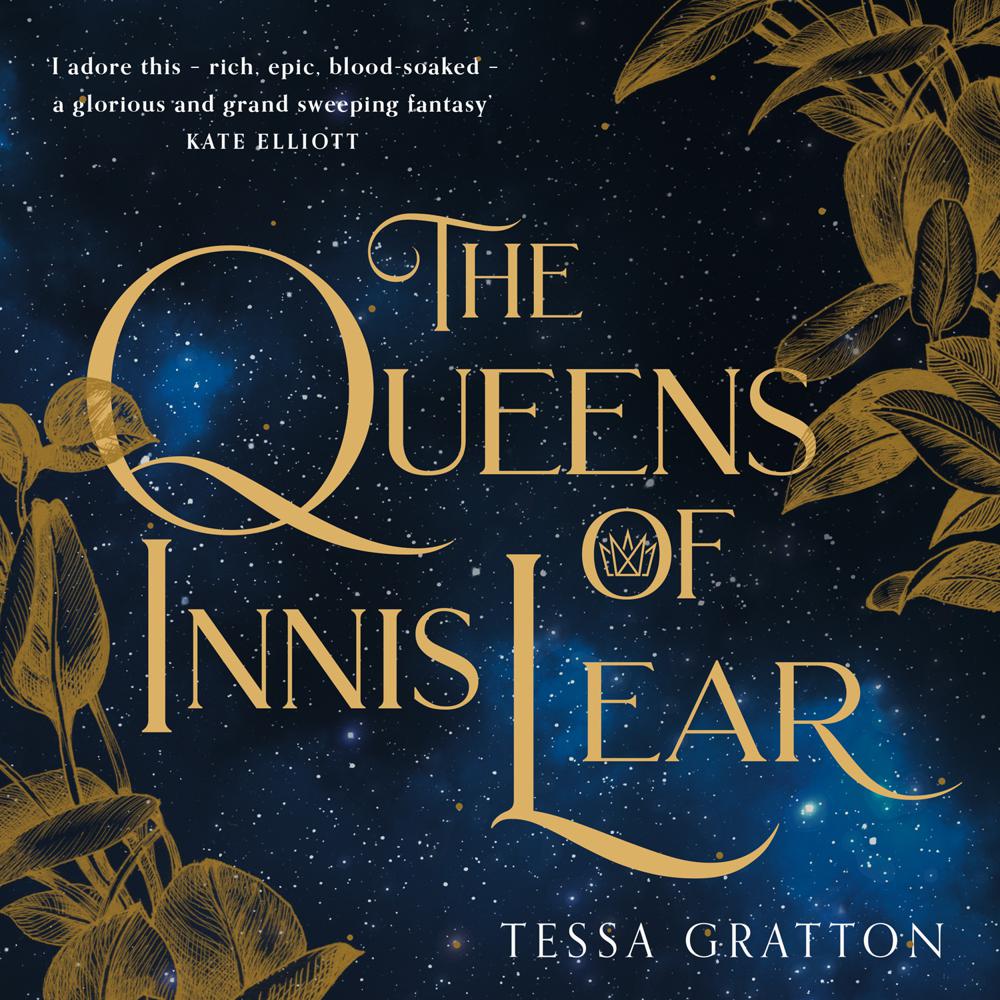 A KINGDOM AT RISK, A CROWN DIVIDED, A FAMILY DRENCHED IN BLOOD.

Tessa Gratton's debut epic adult fantasy, The Queens of Innis Lear, brings to life a world that hums with ancient magic, and characters as ruthless as the tides.

The erratic decisions of a prophecy-obsessed king have drained Innis Lear of its wild magic, leaving behind a trail of barren crops and despondent subjects. Enemy nations circle the once-bountiful isle, sensing its growing vulnerability, hungry to control the ideal port for all trade routes.

The king’s three daughters – battle-hungry Gaela, master manipulator Reagan, and restrained, starblessed Elia – know the realm’s only chance of resurrection is to crown a new sovereign, proving a strong hand can resurrect magic and defend itself. But their father will not choose an heir until the longest night of the year, when prophecies align and a poison ritual can be enacted.

Refusing to leave their future in the hands of blind faith, the daughters of Innis Lear prepare for war – but regardless of who wins the crown, the shores of Innis will weep the blood of a house divided.

‘Tessa Gratton creates a beautiful world, one where there’s magic in the trees and water, and prophecies come from the stars … reminiscent of Angela Carter’s reworkings of classic fairytales’
SFX

‘Powerful, poetic fantasy that will take hold of your heart’
Ed McDonald, author of BLACKWING

‘I adore this – rich, epic, blood-soaked – a glorious and grand sweeping fantasy’
Kate Elliott, author of THE POISONED BLADE

‘A gloriously symphonic, thematically rich variation on the story of the daughters of Lear. The danger of seeking certainty makes this a tale for our time; the power of truth and mercy makes it a tale for all times. Prepare to devour every word, for Innis Lear will consume you’
Karen Lord, author of REDEMPTION IN INDIGO