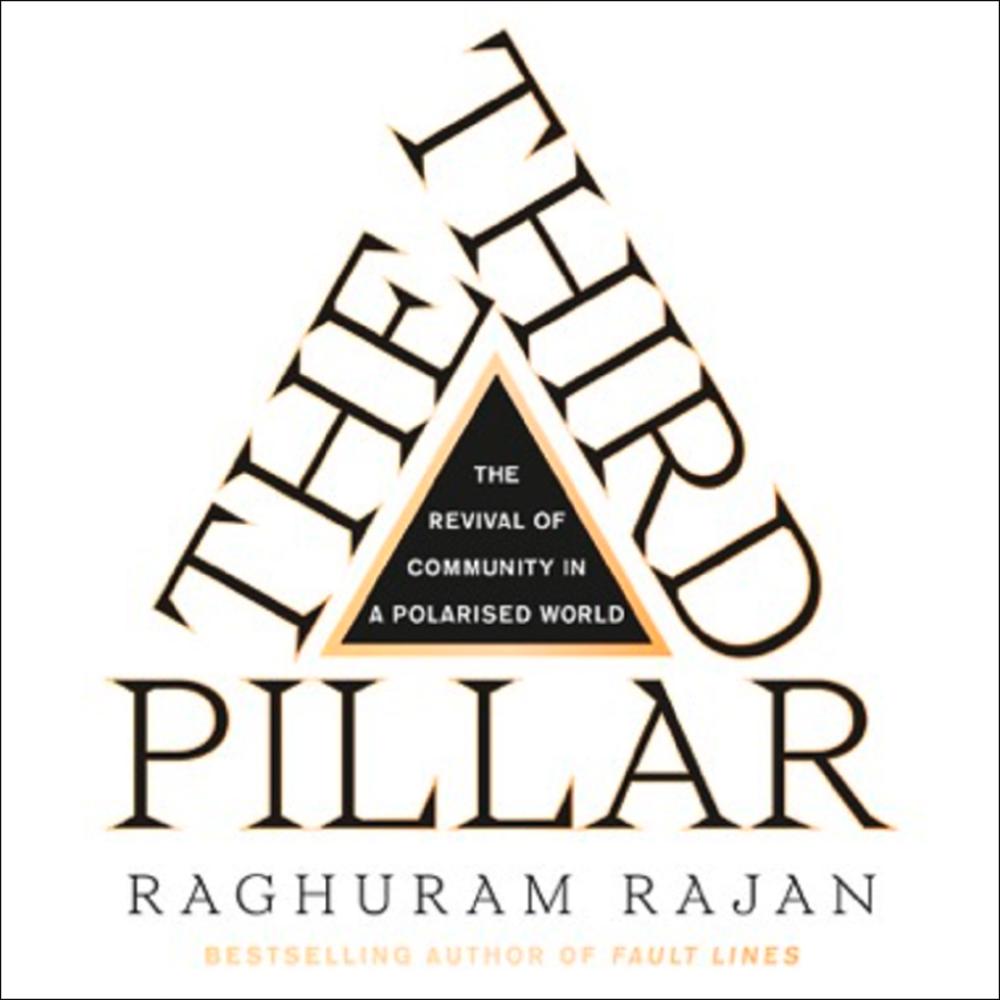 From one of the most important economic thinkers of our time, a brilliant and far-seeing analysis of the current populist backlash against globalization and how revitalising community can save liberal market democracy.

Raghuram Rajan, author of the 2010 FT & Goldman-Sachs Book of the Year Fault Lines, has an unparalleled vantage point onto the social and economic consequences of globalization and their ultimate effect on politics and society.

In The Third Pillar he offers up a magnificent big-picture framework for understanding how three key forces – the economy, society, and the state – interact, why things begin to break down, and how we can find our way back to a more secure and stable plane.

The ‘third pillar’ of the title is society. Economists all too often understand their field as the relationship between the market and government, and leave social issues for other people. That's not just myopic, Rajan argues; it's dangerous. All economics is actually socioeconomics – all markets are embedded in a web of human relations, values and norms. As he shows, throughout history, technological innovations have ripped the market out of old webs and led to violent backlashes, and to what we now call populism. Eventually, a new equilibrium is reached, but it can be ugly and messy, especially if done wrong.

Right now, we're doing it wrong. As markets scale up, government scales up with it, concentrating economic and political power in flourishing central hubs and leaving the periphery to decompose, figuratively and even literally. Instead, Rajan offers a way to rethink the relationship between the market and civil society and argues for a return to strengthening and empowering local communities as an antidote to growing despair and unrest.

The Third Pillar is a masterpiece of explication, a book that will be a classic of its kind for its offering of a wise, authoritative and humane explanation of the forces that have wrought such a sea change in our lives. His ultimate argument that decision-making has to be watered at the grass roots or our democracy will continue to wither is sure to be both provocative and agenda-setting across the world.

NUMBER ONE BESTSELLER IN INDIA‘

Insightful and impressive … As local governments get to work, they could certainly use the help of more thinkers of Mr. Rajan’s calibre.’ Wall Street Journal

‘An important contribution to understanding why, a decade after the crisis, the world’s politics and economics remain so brittle’ Times

‘Fresh, insightful and engaging. Offers a brilliant reckoning with one of today’s most important and potentially crippling challenges … [His] clear and compelling case goes well beyond protecting the vulnerable. It’s also, critically, about enhancing the whole’ Mohamed El-Erian, author of When Markets Collide and The Only Game in Town

‘A strikingly insightful analysis of the penalties of neglecting the critically important role of community, by concentrating too much on the perceived efficacy of the markets and the state.  Rajan brings out loudly and clearly why this imbalance needs urgent correction’ Amartya Sen, Nobel Prize winner in Economic Sciences

‘My parents lived through the Great Depression, the rise of Fascism, and World War II. I thought I was brought up in a world organized in a fundamentally different way. I was wrong. We all need to start thinking about this issue right now and this book is a place to begin’ James A. Robinson, co-author of Why Nations Fail