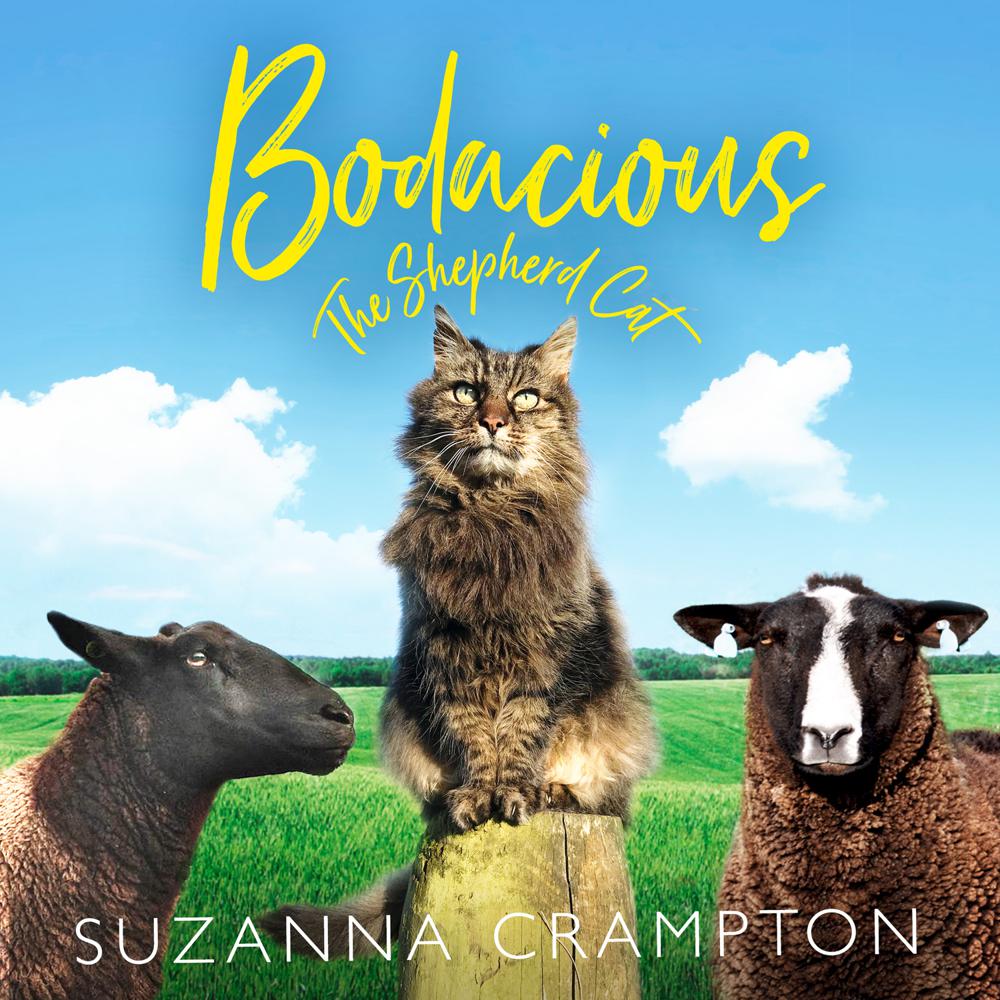 BODACIOUS: THE SHEPHERD CAT is a heart-warming and charming tale in which Bodacious tells us about life as The Shepherd Cat on Black Sheep Farm.

‘I am Bodacious, The Shepherd Cat , and this is my story. I wasn't always called Bodacious. I must have been called something else in my kitten-hood in the nearby city of Kilkenny, but it's all a bit of a mystery to My Human. As far as she's concerned, I appeared one day and have never left. It's a secret I plan to keep.’

Written from the perspective of Bodacious the cat, this is a beautifully written memoir of Bodacious’s life on the farm and everything that entails – early mornings, frosty starts, beautiful sunrises, adventurous rare-breed Zwartbles sheep, hard work, entertaining animals, mouth-watering food, kind people and idyllic country living with its highs and lows.

The Shepherd often tells Bodacious her favourite story of how she went out to buy red ribbon to wrap a gift for her friend, but instead came home with a gift for herself: a daring, assertive, ambitious cat looking for a home. But soon The Shepherd realises she needs Bodacious as much as he needs her. As soon as he arrives, Bodacious saunters around the farm like he owns the place and immediately establishes himself as Top Cat. But Bodacious isn’t content to pad round the house and curl up by the Aga, and soon he befriends a farm cat called Oscar who trains him in the ways of the farm. As well as Oscar, Bodacious gets to know all the other animals on the farm — cats Miss Marley and Ovenmitt, the scruffy border collie/fox terrier-cross called Pepper, and The Big Fellow, to name a few.

With wonderful characterisation, humour, sharp observation, and a plucky attitude, Bodacious shows us the ropes of Black Sheep Farm. As we soak in the atmosphere of the house, the orchards and the fields, we also learn how this Top Cat Shepherd got his name – by being 'Big, bold, beautiful, bolshie', as his Shepherd always says…