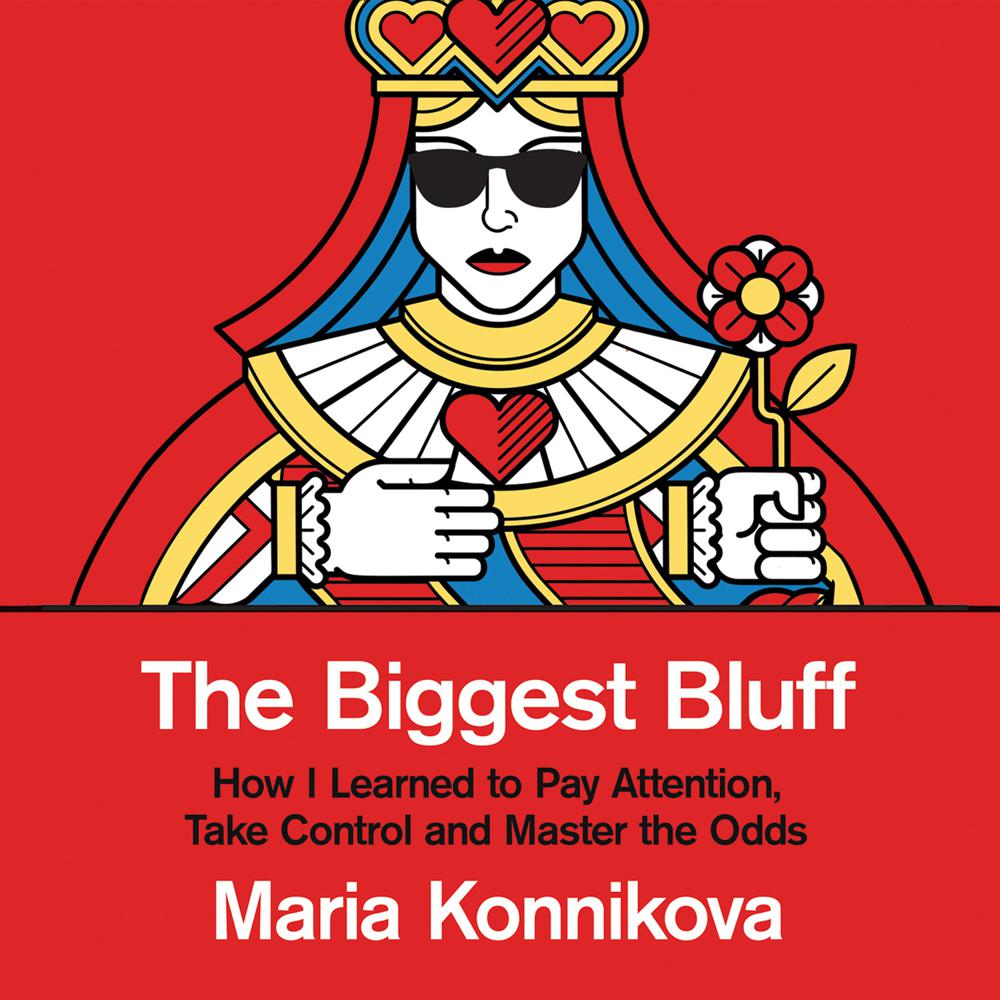 How a New York Times bestselling author and New Yorker contributor parlayed a strong grasp of the science of human decision-making and a woeful ignorance of cards into a life-changing run as a professional poker player, under the wing of a legend of the game

Maria Konnikova had never actually played poker before and didn’t even know the rules when she approached Erik Seidel – Poker Hall of Fame inductee, winner of tens of millions of dollars in earnings – and asked him to be her mentor. She had faced a stretch of personal bad luck, and her reflections on the role of chance in her life had pointed her to poker as the ultimate master class in learning to distinguish what can be controlled and what can’t. Seidel was in, and soon Konnikova was down the rabbit hole with him, a journey that would lead her to the following year’s World Series of Poker.

Then something extraordinary happened. Under Seidel’s guidance, Konnikova began to have many epiphanies about life that derived from her new pursuit, including how to better read not just her opponents but far more importantly herself. She found her way to making better decisions and to a place where she could accept luck for what it is, and what it isn’t. But she also began to win. She even learned to like Las Vegas.

In the end, Konnikova is a student of human behaviour, and ultimately the point of her incredible adventure was to render it into a container for its invaluable lessons. The biggest bluff of all, she learned is that skill is enough. This is a book that will focus your mind and strengthen your hand.

‘Beguiling … One part quest to one part behavioural science book, The Biggest Bluff is accessible even to non-poker-players … Konnikova is a good writer and hellishly bright’ The Times

‘Maria Konnikova asked if diligence, intelligence and training could conquer chance, bluff and mind games — and the answer was a triumphant yes. A welcome story for a generation questioning the ‘work hard and prosper’ promise of the American dream’ Spectator

‘As someone who has read almost every piece of literature on poker, I can say that The Biggest Bluff is the best depiction yet of the game I love, and the invaluable thinking skills it teaches. This is not a book that will teach you how to play your Ace–Queen out of position against a laggy villain (although it will teach you what that means). But it will show you how to play the game of life more effectively. Konnikova’s is an uplifting zero-to-hero journey that will raise a smile in these trying times’ Nature.com

'A brilliant book mostly because Konnikova is a brilliant writer, but also because she is a brilliant observer of the weird world she has immersed herself into … She is also an excellent chronicler of the gender dynamics around a poker table…enthralling…’ Telegraph

‘The narrative is so gripping that you might get halfway through before you even notice that you’re getting a master class in learning, focus, and decision-making. I tore through it in two sittings, and haven’t stopped thinking about it since.’ David Epstein, author of Range

‘A page-turning adventure . . . What makes The Biggest Bluff so unique is its honesty and humility. It understands the importance of luck and uncertainty – and how different they look when we’re suddenly facing high-stakes, life-altering decisions.’
Nate Silver, founder an editor-in-chief, FiveThirtyEight