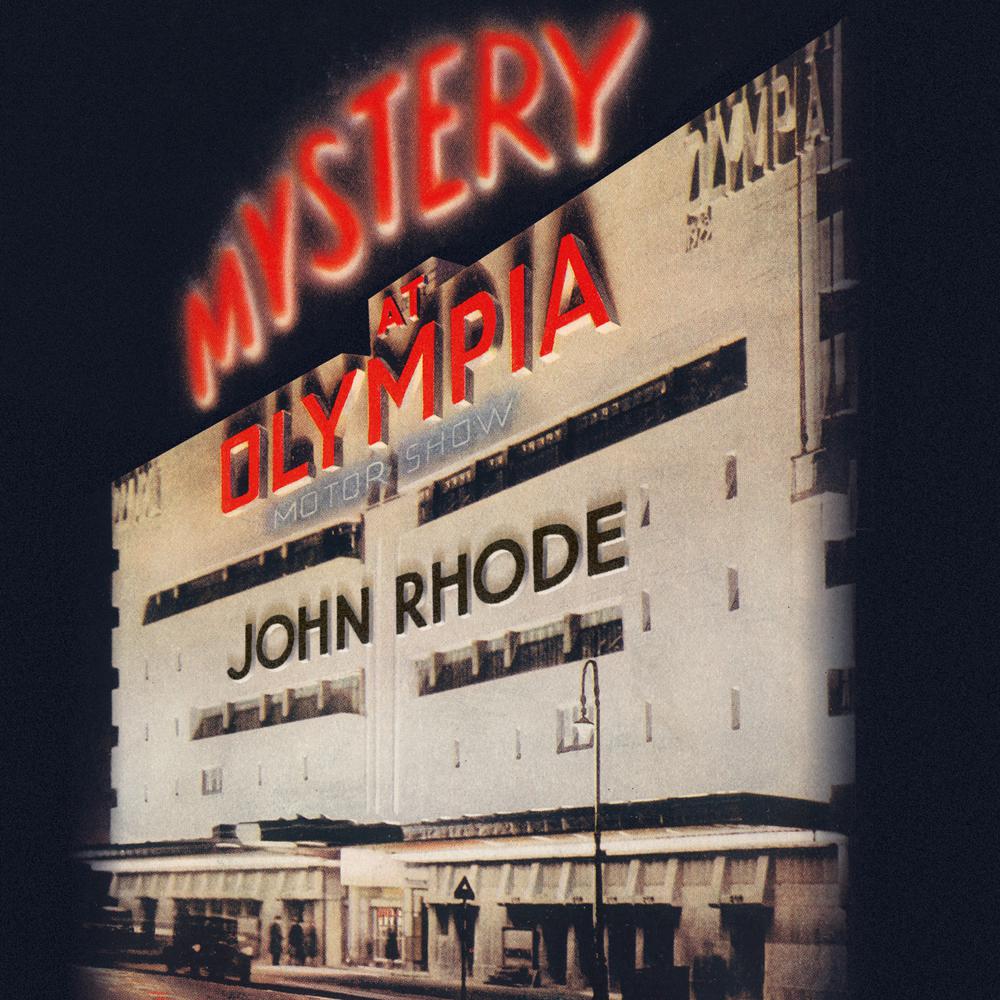 The next time you visit Olympia, take a good look around and see if you think it would be possible to murder someone in the middle of the crowd there without being seen.

The new Comet was fully expected to be the sensation of the annual Motor Show at Olympia. Suddenly, in the middle of the dense crowd of eager spectators, an elderly man lurched forward and collapsed in a dead faint. But Nahum Pershore had not fainted. He was dead, and it was his death that was to provide the real sensation of the show.

A post-mortem revealed no visible wound, no serious organic disorder, no evidence of poison. Doctors and detectives were equally bafﬂed, and the more they investigated, the more insoluble the puzzle became. Even Dr Lancelot Priestley’s un-rivalled powers of deduction were struggling to solve this case.

‘Deliciously convoluted . . . an old-fashioned thriller and none the worse for that.’
Barry Turner, Daily Mail

‘This is Mr Rhode at his best – and you know how baffling he can be.’
Daily Herald

‘He must hold the record for the invention of ingenious ways of taking life.’
Sunday Times

‘Readers know well what to expect from John Rhode, and in this story they will not be disappointed . . . The tale is neat and clear and logical, and there are no loose ends.’
Times Literary Supplement

‘Mystery at Olympia by John Rhode is, of course, admirably pieced together. One expects that or Mr Rhode; but it also marks an advance in the psychological treatment of his characters.’
Illustrated London News